In Movement from Tanzania to Northern Italy to Denmark 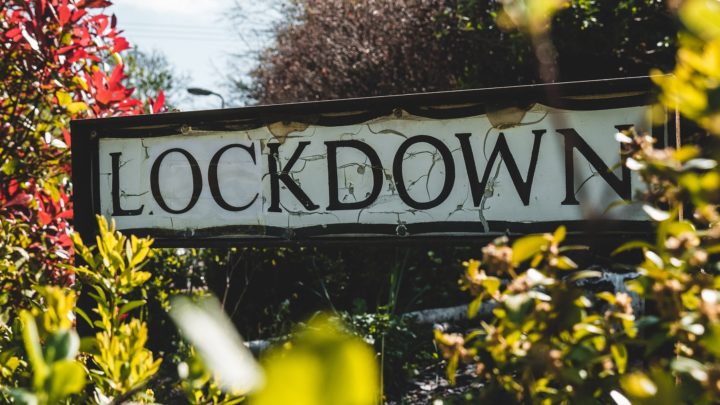 This article is based on her previously written piece for the Centre for Business and Development Studies.

My first memory of the Corona virus, before we became politicized enough to refer to it as COVID-19, or the “new” Corona virus—or for some special politicians, the “Wuhan” virus—was in Tanzania. Enjoying the evening breeze from the Indian ocean in the public area of our workshop hotel, I sat with a couple of our research team members catching up on life via apps on the smartphone. I came across a small shitstorm on my social media about our Prime Minister Mette Frederiksen. Technically speaking, she is not ‘my’ Prime Minister as my citizenship application was denied last year on the grounds of having spent too much time living outside of the country in South Africa, Italy and the US during the past 20 years. The “Wuhan virus” bleach-your-lungs guy, is actually the current head of the nation where I vote.

Yet, our Prime Minister Mette Frederiksen was in the media adamantly refusing to issue a public apology for a Danish cartoon that had been published on January 27th by Jyllands-Posten, a second-rate, nationally distributed newspaper, infamous for publishing the 2005 “Muhammed cartoons” which led to international violence, boycotts and around 200 deaths. The latest cartoon was a drawing of the Chinese flag with its five gold stars replaced by five virions of Corona. China’s embassy accused the cartoonist of insulting China and demanded an apology. The Danish Prime Minister refused and her response is on record as saying ‘we have freedom of expression in Denmark – also to draw.’

Most politicians and many Danes supported the cartoonist, attributing the outrage of many Chinese as ‘cultural difference.’ The newspaper editor defended that the publication was not ‘poking fun of the situation’ stating: ‘We cannot apologise for something we don’t think is wrong. We have no intention of being demeaning or to mock, nor do we think that the drawing does. As far as I can see, this here is about different forms of cultural understanding.’ When the Corona flag was published, 100 deaths from the virus had been documented in the Chinese city of Wuhan and ‘cultural’ understandings of right and wrong ways to portray the virus, to call its name, to recognize its symptoms, to document its death rates, to protect citizens within closed borders were just beginning.

But it was only January, and our international research team starting a five-year project on how people outside of the formal humanitarian sector respond to crises in Tanzania, had no idea the ways that this Coronavirus would come to affect us. We still don’t. We live quite specifically in Copenhagen, Dar es Salaam and London. But many of us are a bit of an Afropolitan/Cosmopolitan mish-mash by parentage— Chagga/Meru, British/Dane, American/Italian, Kenyan/Tanzanian and we have lived across various countries in Africa, Europe and Asia for work, studies, or by the accident of birth. We are all employed by the state in university jobs. For all of us, these are good jobs. We are comfortable. But, now, we are uncomfortable.

We are in different stages of our careers—from doctoral students to full professors—and these days, as the global pandemic settles over all of us in different and forcibly separate parts of the world, we feel differently the burdens of different responsibilities. One of our team wrote to me: ‘I work like hell while managing a family who is also sick and tired of being locked up… I’m trying to manage 200 staff members’ teaching, supervision and examination responsibilities, plus their externally funded research projects, their problems with spouses, kids and dogs… I want my life back…’

Another of us had to travel upcountry to Kilimanjaro to look after her ageing mother who lives alone on a farm. I imagine her weighing the risks of the transport, the confusing messages from the government about whether anyone should travel, or even leave their house, of whether the handful of cases that had been officially reported in Tanzania were exaggerated hyperbole or grossly under-reported with those of your own mother, and getting on the bus. I would have done the same.

But I am getting ahead of the story, back in January when we were planning how to study earthquakes and floods, refugee camps and their communities and perhaps locusts, we had no possible imagination of the new crisis that would consume us. We held our workshops, discussed the academic literature, planned the plans, drafted the MOUs, enjoyed our barbecue and good conversations and parted ways. Since January in Dar es Salaam, our team’s intellectual energy has become professional, intellectual, political and highly personal about whether to hoard supplies or wear medical masks, how much hand washing with which kind of water could be enough, how would people help each other when the most helpful thing they were told to do was to stay apart?

My flight went from Dar es Salaam to Istanbul. When I arrived in the crowded airport, something felt a little different to me, but I couldn’t quite figure it out. As I neared the gate for my connecting flight to Venice, I noticed that about half of the passengers were wearing medical masks. Thinking about our Danish Corona-flag incident, I remembered to check my cultural bias as I noticed the masks around me. Many appeared Asian and I know it is good hygiene to wear masks when in crowded public places, so I thought it mostly a sign of politeness. Yet, many were also Italians, headed on the plane with me. Not checking my cultural bias so effectively when considering a culture that I now also claim as my own, I remember thinking, ‘hysterical, over-reacting Italians.’

Lisa Ann Richey is a Professor in the Department of Management, Society and Communication at the Copenhagen Business School.

Photo by Matt Seymour on Unsplash