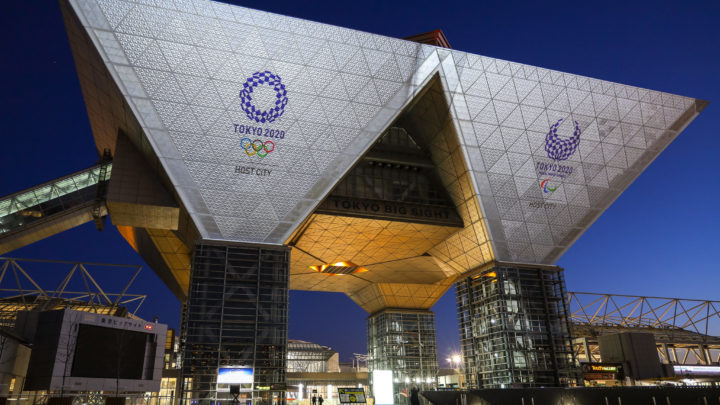 In the midst of the global coronavirus crisis, the International Olympic Committee (IOC) and the Japanese government finally decided last month to postpone the Tokyo 2020 Olympics until next year. The general public across the world may have different views on the Olympics – positive and negative, or simply indifference. But with regard to the Tokyo Games, there is a fair reason for not just postponing them but reconsidering their relevance and preferably cancelling them altogether. The ongoing Covid-19 pandemic has underscored the long-standing controversies surrounding the Tokyo Olympics, and it is indeed sustainability that is at stake.

Economic problems in the host country

A tag line that Tokyo, the host city of the 2020 Olympics, has been using is “Recovery Olympics” for a sustainable future. The “recovery” is primarily referring to the recovery from the 2011 earthquake and tsunami, and the ensuing nuclear disaster in Fukushima, a city in northern Japan. When Tokyo was successful in its bid to host the Games, it estimated that the market effect of the Olympics and Paralympics would be more than JPY 32 trillion in total, which would be a huge boost to Japan’s shrinking economy. Clinging on to this rather optimistic figure, the IOC and the host government were reluctant to make any change to the original schedule in spite of the coronavirus pandemic, and their attitude was criticised as “wildly irresponsible” (Boykoff, 2020).

Besides the cost-benefit analysis of the Tokyo Games, it should be noted that, as of March 2020, nine years after the Fukushima disaster, approximately 48,000 people were still living in evacuation zones in Japan. Despite this, a huge amount of money has been spent on constructing new facilities for the Olympics, rather than aiming to reconstruct “sustainable cities and communities” (Sustainable Development Goal (SDG) 11) in the disaster-hit northern city. Meanwhile, the Tokyo Olympics has been the most over-budgeted Games ever, because of Tokyo’s lax policy.

Postponing the Olympics will entail an extended preparation/maintenance period for another year amid uncertainty, which is likely to impose an additional tax burden on citizens. It is highly questionable whether the host government has appropriately prioritised key issues and allocated resources accordingly.

The Olympics is big business, involving not only elite athletes, but also a large number of stakeholders such as sponsors, media, providers of various products, and spectators. A mass of people moves across borders and within the host country, consuming a great number of goods in just a few weeks. The huge amount of greenhouse gases and waste that each Olympic Games generates has been the subject of continuing international debate. These are also the problem areas addressed by SDGs 12 and 13.

On the other hand, the United Nations recognises that sport can be an enabler of sustainable development (UN General Assembly, 2018). If the host is committed to the SDGs, and stakeholders and resource-rich companies/countries collaborate to implement environmentally friendly technologies and practices, the Olympics could be a showcase of new ideas to facilitate sustainability. In this regard, the Organising Committee of the Tokyo Games has promoted several sustainability concepts and plans. Nevertheless, a group of non-governmental organisations has raised a question concerning Tokyo’s approach (Heineken, 2019). They reported that a huge new national stadium for the 2020 Games was built by cutting down trees in Indonesia and Malaysia, thereby damaging these countries’ efforts to preserve their rainforests (SDG 15).

When it comes to a mega sporting event such as the Olympics, we tend to, somewhat naively, pay attention to the downstream, in which big brands, celebrities, impressive new technologies and goods to consume are all visible, and we are often ignorant of what is happening in the upstream.

If the upstream of the whole value chain is neglected and sustainability is used (or misused) as just a fancy concept, while economic actors act irresponsibly, the SDGs will never materialise.

Since Tokyo was selected as the host city for the 2020 Olympics, persistent health concerns have been raised. One of the almost inevitable problems in Tokyo is, in fact, a hot summer, which Weather Atlas describes as “oppressive humidity and extremely high temperatures”. Indeed, many people actually suffer illness each year due to the summer heat in Japan; in 2019 alone, more than 70,000 people were admitted to hospital due to hyperthermia.

Although Tokyo insists that the Olympic venues will be closely monitored with adequate safety measures, it is unclear how this can be guaranteed, not just for the athletes but also for the volunteers and spectators in the different locations.

Now, a new and bigger concern certainly involves Covid-19. To date (as of mid-April 2020), the number of confirmed cases in Japan has been significantly lower than the other G7 nations as well as neighbouring Asian countries. However, medical experts and other countries are sceptical, questioning whether Japan may be overly restricting coronavirus testing in order to maintain its safe image for the sake of the Olympics. Of course, the slow testing could be due to other factors such as the limited availability of testing kits, which has also been a problem for other countries. Nonetheless, the root cause of the concern is the slow response of the authorities in taking the necessary action, because this would trigger an explosion of infection cases as we have witnessed in other countries.

Although Tokyo eventually declared a state of emergency on 7 April, this was a few weeks later than the lockdowns enforced by many major countries, and two months after a coronavirus outbreak on the Diamond Princess cruise ship anchored offshore in Yokohama, just 30 km from Tokyo. Tokyo’s lenient approach casts doubt on its capability of dealing with communicable diseases when a rapid response is crucial (SDG 3).

The point is not to abolish all future Olympic Games as this global sporting event can be an important platform for athletes, and potentially a contributor to peace (SDG 16), or at least a symbol of it. However, the Tokyo Olympics is missing the meaning behind sustainability in many ways. Furthermore, amongst other factors, it is also ill-timed. The world is now facing a serious challenge on a global scale.

One clear message that the coronavirus pandemic has taught us is that we may be vulnerable wherever we are – even in a wealthy country – and that we all have a responsibility to strive for sustainability.

In this context, financial resources should be invested in essential products and vaccine research to tackle Covid-19, and human resources should be allocated to immediate needs to sustain local societies. In short, get the priorities right. Then, strong global partnerships and cooperation (SDG 17) will hopefully facilitate our efforts and achieve a more meaningful positive outcome.

Faith Hatani is Associate Professor at the Department of International Economics, Government and Business at Copenhagen Business School. Her research interests reside in the role of international business in sustainable economic development, focusing on responsible management of value chains and institutional constraints in different industries and countries.

Read more about sustainability and Covid-19: