On the Ground: What CSR and sustainability standards fail to address 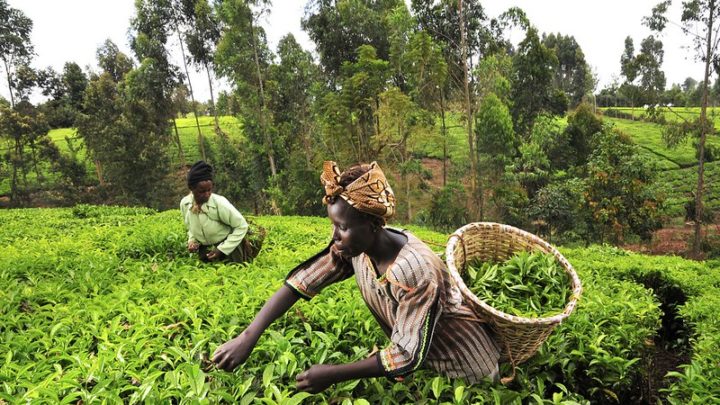 In the fall of 2019, there was a flurry of news stories in the British media about political events in western Kenya which, according to one article, threatened the future of the nation’s beloved cup of tea. In Kericho, the heart of Kenya’s tea-growing country, the local community are reclaiming vast tracts of land obtained under British colonialism for the large-scale cultivation of tea. Faced with a land shortage that hinders possibilities for sustainable development, local activists are challenging the extensive land acquisitions that took place under colonial rule, many of which constitute the premises of multinational agri-business today. CSR initiatives and the sustainability standards that are increasingly ubiquitous in Kenya’s tea industry fail to address or acknowledge a sustainability issue that is of major concern to local communities on the ground: land.

During the early 20th century, while trying to create an export economy in eastern Africa, the British government identified the highlands of Kericho in Kenya’s fertile Rift Valley as a place of high agricultural potential and gave out land to European settlers. The area was identified as an ideal place for growing tea, a commodity that was already thriving elsewhere in the British Empire. With the entry of two major companies engaged in tea production in India and Sri Lanka, further land allocations were made, providing the premises for the expansive tea plantations that dominate Kericho’s landscape today.

Colonial laws enabled these land allocations: the British government could acquire land and relocate the ‘natives’ who were occupying and cultivating it. The Kipsigis community living in the Kericho area lost large amounts of land, only to be compensated with smaller areas of less agriculturally conducive land in designated ‘native reserves’. Others remained in their home areas but were rendered ‘squatters’ required to work for settlers in return for their continued occupation.

Many today struggle to make a living from diminishing farms in the former native reserve areas as family land is subdivided among children, while others remain landless or forced to purchase land at high prices. Land shortage poses a direct challenge to sustainable livelihoods in Kericho.

These grievances are what the Kericho County Governor seeks to address. Identifying as a victim of historical land injustices himself whose ancestral land lies within the vast tea plantation owned by the multinational giant Unilever, he advocates for reparations that acknowledge the forceful acquisition of his community’s land. This implicates multinational tea companies directly. For the Governor and Kipsigis community activists campaigning for justice, these companies are operating on stolen property that rightfully belongs to the community.

Tea plantations employ large numbers of locals in roles that range from tea plucking to top management and offer opportunities and bursaries for adult and child education. While much of the British media coverage of Kericho’s land politics, including an article in The Economist, has envisaged Zimbabwe-like evictions of British companies in Kenya, the Kericho Governor made clear when I met with him earlier this year that it is not in anybody’s interests for the tea companies to hand over the land and leave.

This, along with demanding mesne profits from multinationals for the use of the land since 1902, is intended to enable more equitable redistribution of the wealth generated from large-scale tea production.

One Kipsigis community activist whom I met envisaged a new model of business: a continuation of plantations’ management and operations, but with the local community, the ‘rightful landowners’, as the major shareholders. This is not to say that all of these proposals are wholly feasible or realistic for tea companies, but to envisage other ways of doing business whereby local communities and authorities are rendered more equal partners.

This goes beyond CSR initiatives which, while valued in Kericho, can be seen as a continuation of colonial paternalism rather than rethinking the very premises of companies’ local engagement. It also goes beyond the certified sustainability standards provided by organisations such as the Rainforest Alliance and Fair Trade that seek to ensure economic, environmental and social sustainability in the tea supply chain yet are generic, driven more by the demands of distant buyers in Europe and North America than those of local communities on the ground.

Undoubtedly, community land claims in Kericho are entangled in local politics. The Kericho Governor’s campaigns are part of a populist political strategy that has seen him win two terms in office. Furthermore, judging by Kenya’s postcolonial history, there is no guarantee that relinquished land or funds would be equitably rolled out to the community should he succeed. Another caveat relates to major challenges facing the tea business in recent years with regard to profitability: at the time of my fieldwork earlier this year, the price of tea hit an all-time low.

The coronavirus pandemic will surely further threaten the industry. In this context, local political challenges of the kind we see in Kericho might push companies to reconsider their operations entirely.

However, this shouldn’t preclude reimagining the terms of companies’ engagement, not only in Kenya but across Britain’s former settler economies. If large-scale agri-business is to face up to the challenges of sustainability in the places it operates, it must acknowledge the historical grievances attached to the ground beneath it and engage with local communities beyond the confines of CSR and sustainability standards.

Hannah Elliott is a Postdoctoral Research Fellow at CBS’ Department of Management, Society and Communication. Her research on the SUSTEIN project critically examines the production of certified sustainable Kenyan tea.