When diversity is everyone’s business 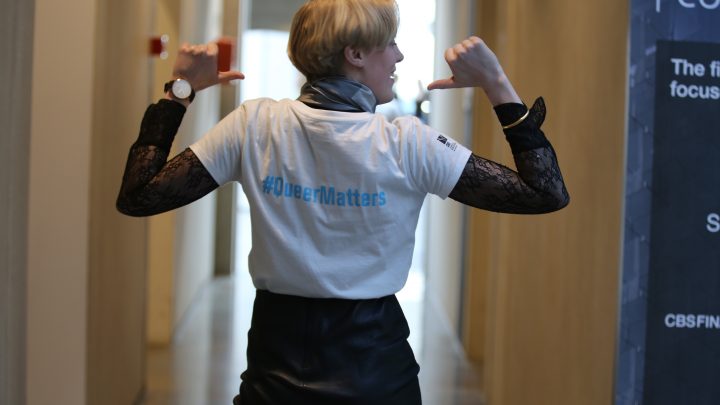 In April, CBS celebrated not only its centenary but also how diverse the business school has become over the years on Diversity Day 2017. If unconscious bias—along with stereotypes and prejudice—is what undermines diversity efforts in organisations, then, what difference can such a (diversity) day make? We took an experimental research approach to organising CBS Diversity Day to find out.

The purpose of CBS Diversity Day is to put a strong focus on diversity and inclusion both internally in our own organisation and in educating future business leaders. One way of supporting this double purpose is to organise events that introduce the concepts of diversity and inclusion to the 22,000 students at CBS as well as to our researchers and administrative staff. In particular, we do this on Diversity Day.

How to approach organisational diversity?

In previous years, focus has been on putting to the forefront best practices in companies that manage to use their core competencies in creating an organisation, which is sustainable both financially and socially – in other words the good business case. We believe that CBS should be perceived as an organisation committed to promoting diversity and inclusion.

We would like to acquaint the CBS community with the diversity represented by the people—for example ability/disability, sexual orientation, gender, ethnicity, religion, and nationality—who study and work at CBS and how their experiences may differ as a result of those differences. In doing so, emphasis this year was on the practical implications of how to approach organisational diversity in a way meaningful to all parties involved, including those aforementioned groups typically casted as being diverse. It was therefore not a question of defining what diversity is or if it ‘pays off’ but rather to explore how diversity issues may inspire different practices for alternative and more inclusive organising.

The idea was to challenge any ‘conventional’ knowledge diversity and inclusion and we were interested in measuring the overall potential effect(s) of Diversity Day, that is, the combination of events that included logical-rational as well as emotional and action- and solution-oriented presentations. All presentations were live-streamed and recorded and can be watched via this link.

A citizen science approach was adopted prior to Diversity Day to allow the student population at Copenhagen Business School to identity the problem that will be turned into our research issue. This was done by having a random sample of students fill in a questionnaire about the diversity issues of ethnicity and religion in Denmark. This part of the study is expected to show to what degree students hold explicit bias towards ethnic and religious minorities.

To measure implicit bias and the potential impact of Diversity Day we designed clicker tests that were conducted before and after each scheduled event. We expect the results from these tests to show a reduction in latency as the day progressed, since the respondents ought to spend less time becoming consciously aware of own unconscious biases due to a heightened awareness level prompted by the critically reflexive focus on various diversity issues. The results will, however, not be able to say anything about whether this change (if any) will last or whether it I will lead to changes in behaviour – only that a momentary bias reduction can be achieved.

The final part of the project consists of focus group interviews to get an in-depth understanding of participants’ own perceptions of and experiences with Diversity Day as well as to follow up on the questionnaires and clicker tests. Due to the experimental research design we need elaborations on the various aspects from the participants’ perspectives. The interviews take place in weeks 25 and 26 so if you attended CBS Diversity Day 2017 on 27 April we would like to hear from you. Sign up via this link by adding your name + email and select the dates/timeslots that fit your calendar. The interviews will take approximately 1-1½ hours and the questions will be open-ended for you to reflect on what you got out of Diversity Day. We aim for including five to seven people in each focus group and the interviews will be anonymized.

The next big diversity event is on 19 August 2017 where CBS for the first time joins the Copenhagen Pride Parade from Frederiksberg Town Hall at 13:00. Check cbs.dk for updates.

Jannick Friis Christensen is PhD Fellow at the Department of Organization. His research project seeks to develop new methods for intervening diversity by bridging critical performativity theory with organisational practice and managerial discourse. It explores—ethnographically—the norms of diversity practices in contemporary organisations, granting insights into how perceptions of diversity are constructed discursively, and how they govern people’s conduct. And it challenges existing practices and render them productive through continuous critical reflection on the underlying norms. You can find Jannick on LinkedIn, Instragram, Twitter and Facebook.