CSR and the role of business in Areas of Limited Statehood 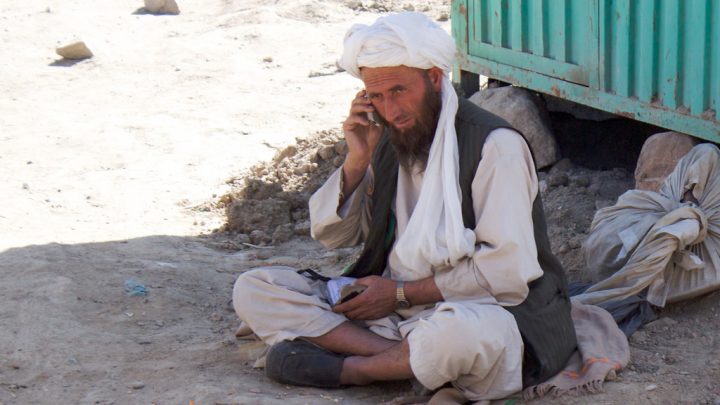 The global search for new markets has pushed corporations to operate in national settings in the Global South that differ tremendously from Western understanding of business-society relations and CSR. The question is whether the mainstream understanding of CSR is adequate to cover the complexities of business-society issues that companies face in the diverse settings of Global South?

The point of departure in CSR debates is that local and global stakeholders use various means to push large companies to engage in CSR. The companies respond by engaging CSR practices – sometimes in collaboration and partnership with civil society actors and transnational organisations – to both deflect criticism and to set the CSR agenda for the future. Such CSR engagements enable the largest corporations to play a pivotal role in global governance. It is even claimed that they can complement or substitute the provision of a rights and basic level of public goods (e.g. education, health, infrastructure) that would otherwise be expected by the governments.

Such assumptions about stakeholder relations and claims about the role of large corporations in society are not reflecting the realities of many countries in the Global South. In my doctoral research I studied the Afghan mobile telecommunications industry as a particular case of CSR by large global firms operating in least developed setting with fragile state institutions and a massive need for social development. I underline that the Afghan state is limited and unable to provide security or basic public goods (e.g. basic education and health services) in certain geographic areas. These areas are in other words ‘Areas of Limited Statehood’. Studying CSR and the role of business in such settings lead to two points of criticism about the mainstream CSR assumptions and claims.

First, in specific geographic areas (e.g. South-eastern parts of Afghanistan), the Afghan state and the Western coalition forces are in a continuous violent conflict with opposing groups over authority to rule. In such extreme cases of areas of limited statehood, there is a need to distinguish between the ‘conventional’ stakeholders (e.g. state actors, civil society organisations and UN agencies) as identified in CSR debates, and the less known and ‘unconventional’ stakeholders consisting of informal actors. Though typically not mentioned in the CSR literature, the latter is important to include as they influence business-society relations in such areas. The unconventional non-state actors are important governance actors in areas of limited statehood and can influence the business-society relations by operating as a de-facto state.

The study shows that the large corporations in Afghan mobile telecommunications industry operate in both state-controlled urban areas and in the rural parts of Afghanistan, where the non-conventional actors also operate. On the one hand, the corporations address CSR explicitly with/without conventional actors (e.g. UN offices, donor agencies, NGOs and state institutions) by drawing from CSR best practices and award-winning solutions on various community development projects and innovative solutions based on mobile technology. On the other hand, the corporations face unconventional actors in rural areas that use unorthodox methods to seek economic and political gains. As an example, various criminal groups utilise the ‘anarchical’ situation to seek ransom money by abducting corporate personnel working in these remote areas. Other more politically motivated groups threaten to vandalise corporate assets (e.g. tele-towers or corporate buildings) unless the mobile network is shut down in specific locations. Such lack of mobile network service would enable the insurgency groups to carry out activities against the central state without getting reported by the local populations and/or tracked through mobile phone technologies. The affected corporations either engage indirectly with the non-conventional actors by providing alternative community development projects or more directly by sporadic ransom and/or systematic informal tax in order to reduce threats and avoid the violent sanctions. These examples provide a more nuanced picture of stakeholders and pressures than yet covered in the mainstream debates on CSR.

The political role of business in Areas of Limited Statehood

The second point of critique of the CSR debates concerns the claims that corporations gain a political role in Global South as public good providers and enablers for democratic governance. In contrast, my findings suggest that the corporations do support – perhaps unwillingly – both the conventional actors that ideally strive for a democratic society and the unconventional actors that are opposing such ideals in Afghanistan. In other words, it is obvious that corporations have a political role in society, but the drivers and implications of this political role is somewhat different from the debates on political CSR.

The examples indicate that access to the rural market motivates the corporations to operate in the midst of a violent and ideological conflict. Hence, instrumental motivations are not contradicting or hampering for-profit corporations to engage in a political role as assumed in recent CSR debates. On the contrary, the for-profit logic serves as a driver for such role in society. In other words, CSR in such settings revitalises Friedman’s famous statement: “…there is one and only one social responsibility of business – to use its resources and engage in activities designed to increase its profits so long as it stays within the rules of the game, which is to say, engages in open and free competition without deception or fraud” (Friedman 1970). Therefore, there is an urgent need to revise Western-biased assumptions about stakeholders and claims about the role of business in Global South when debating CSR in relation to Areas of Limited Statehood.

Sameer, PhD, is an External Lecturer at the CBS Department of Management, Society and Communication. His main research interests are in the fields of CSR and business-society relations in Areas of Limited Statehood, ICT4Development and critical management studies.