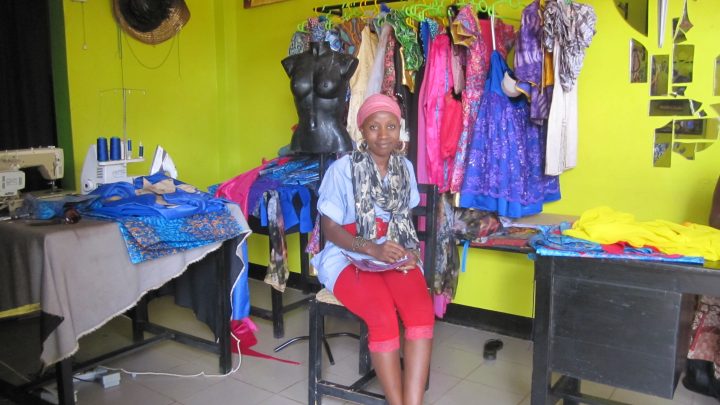 Cocoa, precious minerals and crude oil ceased to be Africa’s only natural resources. Creativity is ‘the oil of the 21st century’ (Ross, 2008). Creativity and culture are nowadays intensely hailed by global development institutions as ‘a wonderstuff’ (Ross, 2008)—the magical passkey to Africa’s sustainable development—poised to propel inclusive growth, cultural diversity and job creation especially for young people, peripheral communities and women.  Under the auspices of the UN agencies such as UNESCO, UNDP and UNCTAD, the bold and buoyant discourses of cultural and creative industries are enthusiastically embraced throughout the continent: creative industries will help Africa ‘leapfrog’ into emerging high-growth global economies (UN Report on the Creative Economy, 2008, 2013); African creative industries will ‘unleash’ growth potential (UNIDO, 2013); creative industries are ‘Africa’s sleeping giant’.

Such upbeat narratives of creative industries provides the much-desired antidote to Afro-pessimism. In conjunction with the optimistic stories of ‘Africa on the rise’, creative industries promise to make over the negative image of Africa marked by poverty, war and diseases, and replace it with entrepreneurial drive, coolness, hipness and success. ‘Agenda 2063’, the African Union’s strategic framework for the continent’s development optimistically bets on the creative industries to engender future Pan-African ‘self-awareness, well-being and prosperity’. The creative policy craze trickles in global media as well. Young and hip African creative entrepreneurs – from ballet dancers, fashion designers and poets, to photographers, architects and game developers – prominently grace media stories across platforms.

The marriage between culture and development has been for long a political ‘dream ticket’ (Pratt, 2014). The initial (UNESCO-driven, 1982) cultural policies envisaged development to be delivered via cultural resources (for example, national identity to be promoted through folk songs or health-related knowledge to be disseminated via community theater). In contrast, the current creative industries policies aspire to directly drive the development processes through job creation, environmental sustainability, and social cohesion on par with the other industries, despite the fact that the creative industries defy the traditional models of ‘industry’ in terms of modes of value creation, labour organization, supply chain management or IP regulation. Yet such high-flying promises may fall short of empirical support. While Africa may boom with creative talent the continent so far has not been able to profit much from it. Currently Africa’s share of the global trade in creative products remains marginal and in terms of employment creation we know little about how many people the creative industries actually employ, who they employ and under what conditions. Apart from the eulogizing creative industries discourses sparsely do we understand the actual lived dynamics of the allegedly newly-fangled creative, inclusive or sustainable jobs, in Africa’s creative industries.

To question the sustainable development potential of creative industries becomes ever more relevant if we bear in mind the findings about equality and diversity in those industries in the Global North. Current scholarship casts doubts on creative industries’ progressive, sustainable and inclusive potential. Such studies vehemently criticize the image of creative industries as cool, creative, egalitarian and meritocratic (Gill, 2002). Creative work is precarious, involving insecure, unpaid and irregular employment. Study after study demonstrates that women are severely underrepresented, victimized and discriminated against in the creative industries in the Global North (see the contributions to the latest special issue of Organization entitled Diversifying the Creative: Creative Work, Creative Industries, Creative Identities (Finkel et al., 2017) as well as contributions to the special issue on Gender and Creative Labour by Conor et al., 2015). Class, race and ethnic inequalities are rampant in the music and publishing industries in the UK (O’Brien et al., 2016). People with disabilities are even further systematically excluded and disadvantaged in the film and television industries (Randle and Hardy, 2017).

Given such a state of affairs, the answer to whether creative industries can lead to sustainable development in Africa can be neither rushed nor divested from future rigorous and systematic research-based understanding of the cultural, social, economic, historical and technological specificities of African creative industries, in all their elusiveness, peculiarities, definitional hurdles and ambivalences.

Ana Alacovska is Assistant Professor and Thilde Langevang  is Associate Professor at the Department of Management, Society and Communication at CBS. Alacovska researches the creative/cultural industries, creative work and cultural production, while Langevang’s research areas are in business and development studies with a particular focus on youth, entrepreneurship and micro- and small enterprises in Africa.