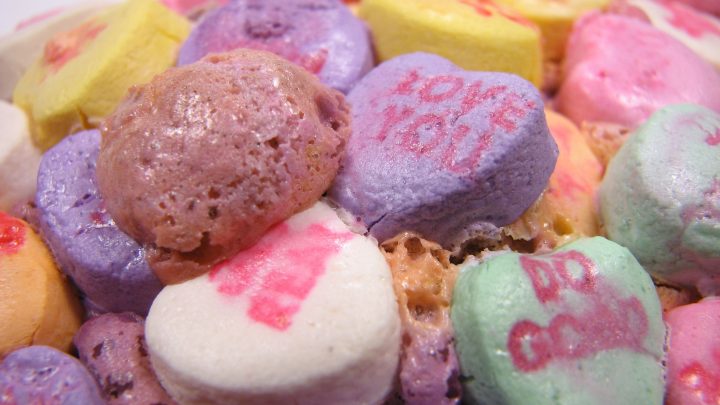 The value of individual freedom is rarely disputed within the Western society. However, more freedom is usually accompanied with making more choices, which might not be beneficial to everyone. For instance, the act of choosing itself can be burdensome, particularly when choices are complex and we face a large number of options. More importantly, can we trust that our own decisions are a true reflection of what we really want, if we accept the reality of our cognitive limitations and a manipulative environment?

Our economic system and democracy are both based on the principle that people know what is best for them and their decisions speak through their purchases in stores and their votes at the ballot box. This principle is also at the core of the neo-classical economic model that dominated the field over most of the 20th century. The underlying assumption is that people’s actions within the market place are the result of a well-considered reflection about the best use of limited resources to maximize their own well-being.

Even though this assumption sounds intuitive, it should be no news to most people that we not always act in our own best interest. Too familiar is the feeling of regret about drinking a glass too much on the night before, eating that second piece of chocolate cake or procrastinating instead of getting started with something unpleasant but important. This reality about human decision-making has entered the field of economics over the last decades, acknowledging that people are neither all-knowing nor perfect calculators and that their decisions are influenced by their feelings, worries and believes that not always accurately reflect objective realities.

It is now well-established in economics that people sometimes behave in a seemingly irrational way and that these deviations from the rational choice are systematic and therefore predictable. For instance, people are more likely to pay a bill on time if they fear a late fee, rather than the prospect of an early payer discount of similar monetary value. A simple change in the wording of two mathematically similar choices does influence our decisions. Such biases can often be explained by the so-called dual process theory and attributed to people’s limited cognitive resources resulting in an inability of carefully evaluating each of our decisions in daily life.

Most people are unaware that their choices are subject to such systematic irrationalities, but given the sound scientific evidence, we can be quite certain that people are often myopic, overconfident, or loss avers – just to name a few from a much longer list. Even when confronted with these scientific insights, it is not easy to accept that we have such biases which deem us irrational. This is however important as these biases are not only in the way of our long-term well-being, but make us susceptible to manipulation. If the way a choice is presented to us affects our decision, the person deciding the way of presentation (sometimes named choice architect) has the ability to influence our choice.

If we accept that people are susceptible to influence, tend to make bad decisions under stress, and can be fooled, we might not be surprised that some people aim to exploit those weaknesses to make profits. A notion highlighted by “Phishing for Phools”, a recent book by Nobel Prize-winning Economists George Akerlof and Robert Shiller. They argue that the free market, despite all its contribution to today’s prosperity, is a place for profit oriented individuals to fish for fools and where those prevail who capitalize best on exploiting human weaknesses. Food choices are an excellent example where companies try to seduce us with their tempting products and benefit from our failure to stick to a healthier diet. Fishing in the political landscape might not be much different from the market place. With the additional help of technology, marketers and campaign managers can make increasingly use of behavioural insights to promote their product or candidate.

What can be done?

Therefore, it is essential that people obtain a deeper understanding of their own psychological weaknesses and receive guidance how and when we are most likely to be manipulable. Even though it is impossible to be constantly aware of all the hooks surrounding us, education about our cognitive biases might help avoiding at least some of them in the market place (e.g. by reading Dan Ariely’s work).

Additionally, about 180 governments worldwide, the European Union and many international organizations enrich regulation with behaviour insights by acknowledging the multiple caveats of human decision-making. Behaviorally informed policy aims to create a choice architecture where people naturally gravitate towards decisions most likely in their own long-term interest. Working as a counterforce against commercial influence, regulation can also help consumers to make informed decisions by mandating the disclosure of important information presented in a simple and meaningful way.

Designing such policies, however, requires a detailed understanding of the relevant processes involved into human decision-making. As part of the EU research project Nudge-it, we aim to increase the knowledge specifically about food choice, which might translate into novel policy tools and help tackling the obesity epidemic.

Jan is assistant professor at the CBS Department of Management, Society and Communication. His main research interests are in the fields of health economics and consumer behaviour. As part of the Nudge-it Project, he currently focuses on decision-making and fostering healthier food choices.