What if unethical behavior is just matter out of place? 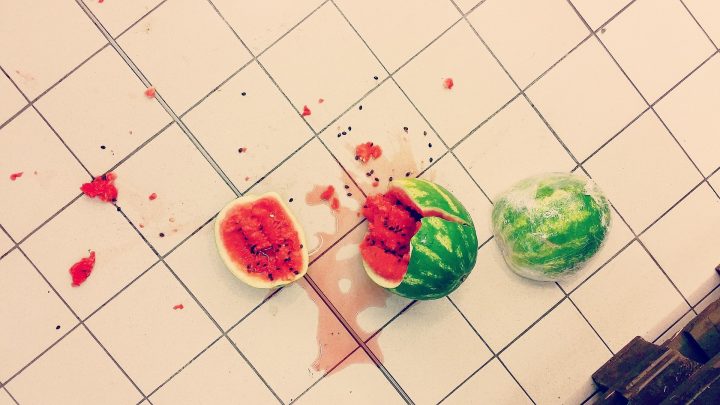 It’s always puzzled me why it is that we might share words and concepts but that the meaning we fill into these concepts is very different. Kinda like a hotdog. Danish hot dog makers enjoy to fill it with important hotdog defining ingredients such as remoulade, mustard and pickles, whereas rumor has it that Swedish hot dog makers put a shrimp-mayo substance (the horror) on their hot dogs, and American ones don’t even put ketchup (seriously, just a bread and a sausage?).

Anyways, the point is that Danes, Swedes and Americans all call it a hotdog, although they don’t agree on what it actually consists of, what is right (onions and pickles of course) and what is wrong (shrimp-mayo, obviously). Banal observation, perhaps, but don’t worry – there is a point (also, you have to bear with me, as I’m a brand new PhD student and not yet as clever as the other bloggers).

Schooled as an anthropologist, I recently started my PhD study on how to ensure ethical standards within a multinational pharmaceutical corporation. As a point of departure, and trying to map out how corporations deal with this challenge, I started consulting the literature on business ethics in cross-cultural contexts.

As I read along, I realized that scholars (and companies) actually seem rather sensitive to cultural differences, and that local responsiveness to cultural norms and practices is considered beneficial and even necessary in many aspects of business operations. However, at the same time, within the field of business ethics, what may be otherwise recognized as cultural differences to be respected and responded to, seems here to somehow transform into unethical behavior not to be tolerated.

Take for example the reciprocal systems of dinner invitations, gift giving and thorough social interaction that comprise an inherent part of establishing relationships in parts of South East Asia. This can be interpreted as a cultural practice of creating good business relations. However, in a business ethics context, most (Western) ethical standards do not allow for e.g. gifts or expensive dinners to enter business relations. In these contexts, they do not keep their cultural label as gifts form the context in which they originate. Rather, they get a new cultural label from the context www.buy-trusted-tablets.com of Western ethics as something resembling corruption.

So – how can gifts (which for most of us has positive connotations) suddenly become corruption (which for most of us has negative connotations) when entering a business relation governed by Western principles for right or wrong? The answer might lie with an anthropological classic on purity and danger.
In her famous work on dirt, anthropologist Mary Douglas argues that notions of dirt express symbolic systems within a culture. Efforts to get rid of dirt, she writes, are not governed by an anxiety to escape disease. Rather, we are reordering our environment, making it conform to an idea that we share within our culture of what is dirty and what is not.

In my early years as an anthropology student, one lecturer explained Douglas’ theory like food on the shirt. In my opinion, an amazingly pedagogical way of explaining a basic anthropological theory which I will attempt to repeat:

It’s really rather simple. It’s about food and dirt. Perhaps the aforementioned hotdog should reenter the scene here. The Danish one with all the sauces, of course. While this hotdog is in your hand, it’s food. It’s a mouth watering hotdog just waiting to be eaten. But when you drop some of it (and believe me, you will) onto your shirt, it is no longer food. It’s dirt. Thus, the entire nature of a thing or a concept can change completely according to the context in which it is located and our culturally embedded understandings of that context’s rights and wrongs (hotdog in hand = good, hotdog on shirt = bad).

Douglas introduces the concept of matter out of place, which is a conceptualization of the ways in which we interpret the things we are exposed to and the understanding of where they belong. The hotdog belongs in your hand and not on your shirt. Therefore, when the matter of the hotdog is on your shirt, it transforms its qualities from being a hotdog to being dirt. It’s matter out of place.

Tongue in the anthropological cheek, I find it interesting to ask the business ethics community: What if the same goes for business ethics? What if all the things we consider unethical are merely not conforming to an idea we share within our culture of what is right and what is wrong? What I the logic governing the notion of say, e.g. bribery is similar to the notion of food and dirt: gifts in a local cultural system = good, gifts in a business relation = bad?

And if we try to conceptualize business ethics in this way – what does that do to our understanding of unethical practice? Would that be a move towards moral relativism? Or merely an attempt open up for a more nuanced approach to business ethics where we can also explore the ethical actions that companies take which do not conform to our (Western) understandings of rights and wrongs? Would that dilute the ethical principles of corporations? Or would it break a Western ethical hegemony? Is unethical behavior really just matter out of place? And lastly, is such an approach even manageable for corporations on a practical level?

I don’t know. But I will surely think about it some more.

Anna Kirkebæk Gosovic is PhD student at the Department for Management, Society and Communication at Copenhagen Business School. She is working on how to ensure ethical standards within a multinational pharmaceutical corporation.
Pic by Pixabay