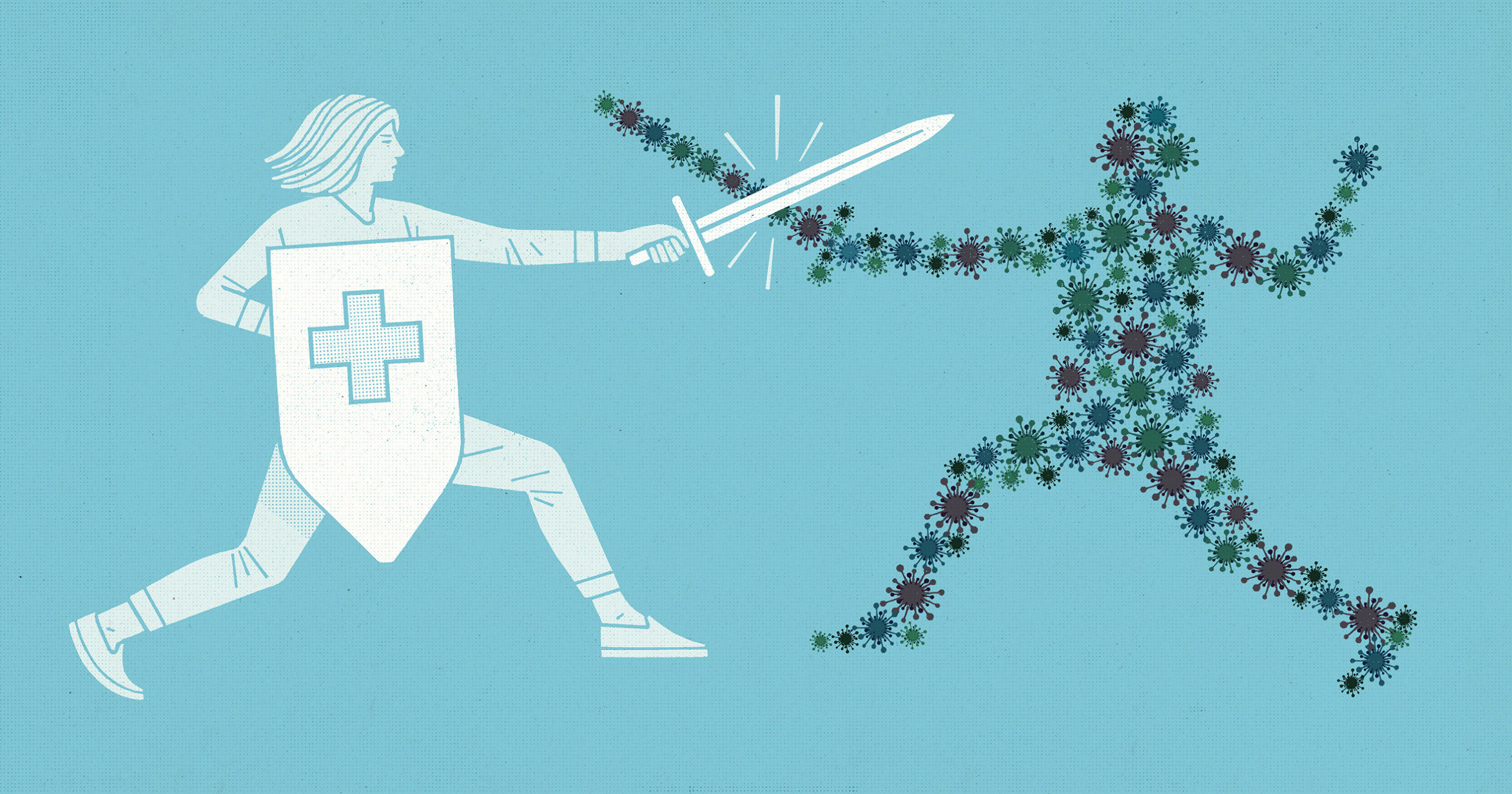 Language is a reef of dead metaphors (Guy Deutscher)

We are in the midst of an unfolding crisis that humanity is struggling to understand. To make sense of the unknown, humans tend to rely on metaphors, analogies, or other rhetorical figures. What do metaphors do? They allow for giving meaning to a (rather unknown) target domain by projecting and transferring insights from a (presumably better known) source domain.

For instance, in the public discourse about the current Coronavirus pandemic, the sensemaking process includes analogies within the same domain (e.g., Trump stating at the beginning of the pandemic: “It’s just like a regular flu”; Bolsonaro maintaining for a long time that it’s just a “little flu”) –  or metaphors that tap into the source domain of natural disasters (e.g., the “tsunami” metaphor used by various medical professionals) or of human warfare (e.g., Trump’s more recent framing of coronavirus to be an “invisible enemy”; Macron’s insistence that “we’re at war”).

World leaders, journalists, social media influencers, epidemiologists and other contributors to the public debate can be presumed to mobilize such metaphors not only to foster sensemaking but ultimately also to steer citizens’ behavior.

For all that we know, metaphors tend to “have profound influences on how we conceptualize and act with respect to important societal issues”.

Accordingly, it is worthwhile studying how and to what extent the use of different metaphors can inspire, influence and “organize” individual and collective behavior.

As the work by Joep Cornelissen reminds us, the fruitfulness of a metaphor depends on (1) its aptness (i.e. whether a metaphor ‘fits’ and it’s meaningful) as well as (2) its heuristic value (i.e. the extent to which a metaphor offers new insights into an unfamiliar domain; see Cornelissen, 2004).

However, aptness and heuristic value tend to be in a trade-off relation: While close proximity between source and target domain can help strengthen the aptness of a metaphor, it tends to diminish the metaphor’s heuristic value, at the same time. The latter problem also occurs when the metaphorical connection between two domain becomes so well-established (e.g., the link between epidemics and warfare) that the metaphor loses its ability to lend new meaning to the target domain (i.e. a term’s metaphorical quality “dies” so-to-speak; e.g., the term World Wide Web, where hardly anybody today would think of spider webs). In contrast, metaphors can be kept vivid and alive via the power of dissimilarity: the greater the contextual distance between two domains, the better the chance of a metaphor to be insightful.

This may be one of the reasons why novel and unusual combinations of metaphors, such as Tomas Pueyo’s notion of “The Hammer and the Dance” (while being aptly chosen in that case, as well) may have better prospects to lend new meaning to the pandemic and thus inspire new and desirable modes of behavior.

Taken together, the current crisis situation is also a crisis of collective imagination and sensemaking. Hence, in these turbulent and worrisome times it is more important than ever that contributors to the public debate think twice before mobilizing metaphorical imaginations – and to consider not only their aptness, heuristic value, or “retweetability” but also their potential (and sometimes unintended) consequences for individual, collective, and organizational behavior. Ultimately, it is not only the “brute fact” (Searle) of the pandemic that can severely harm us – but also the meanings that are ascribed to it (e.g., via metaphors) and that can materialize in very concrete actions.

For instance, individuals and collectives are likely to act less careful if they believe the Coronavirus to be “just like a flu” – and more careful if they grasp the virus to have chameleon-like features that make it hard to detect (e.g. recent evidence that the virus can also surface in damages to the heart and brain).

To conclude, the current pandemic serves as painful evidence for the importance of theories that highlight the constitutive role of communication for phenomena of orga­nization and organizing. In other words, communication in forms of metaphors, narratives, or other rhetorical means, especially if voiced by opinion leaders, tends to be not just “cheap talk” but can be highly consequential (as also powerfully shown by recent studies on “Narrative Economics” by Nobel Prize winner Robert Shiller).

One thought on “The Coronavirus Pandemic – and the Consequentiality of Metaphors”