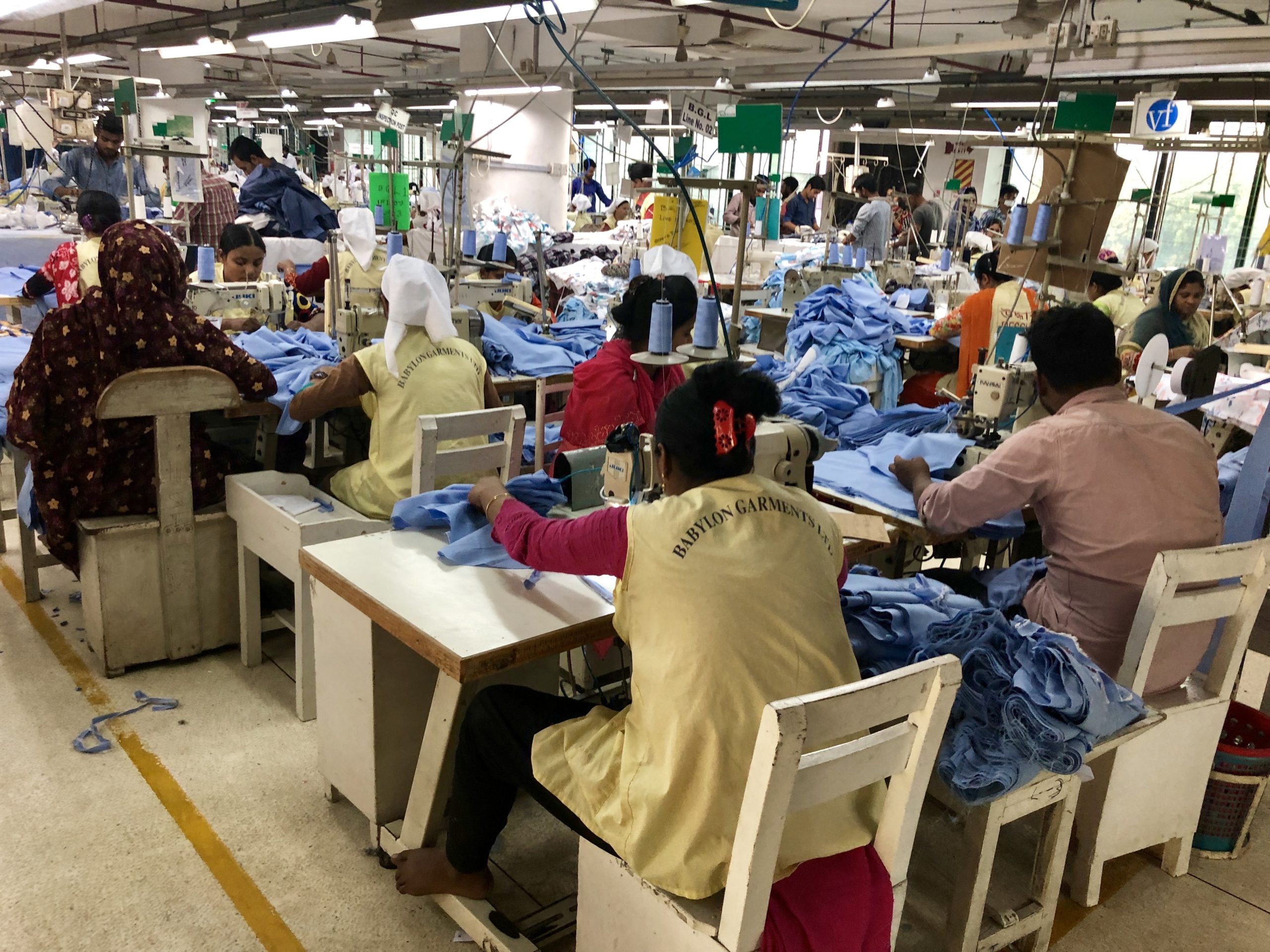 What is the responsibility of Western retailers to the workers who make their garments as the coronavirus forces factories to shut down?

Shopping malls are closed, gatherings are banned, thousands of employees have been furloughed, and movement outside of one’s home is discouraged if not outright illegal.  This has meant bad news for apparel brands and retailers as nervous customers cease buying. In the U.S., for example, retail sales in March were down almost 9% compared to in February.  Those brands and retailers which have built their businesses on a fast fashion model – predicated on the continuous churn of high volumes of cheap clothes – face unprecedented challenges and questions about responsibilities in the face of the COVID-19 pandemic.

Retailers have responded in different ways.  As they have had to shut down their stores many have stated that they will not pay rent. For example, German sportswear producer Adidas stated (March 26 200, Reuters) that

“Almost all over the world there is no normal business anymore. The shops are closed. Even a healthy company like Adidas cannot stand this for long”.

Adidas was one of a string of retailers in Germany that said they wouldn’t be paying their landlords while their stores are closed as part of efforts to stem the coronavirus spread. Adidas said it would need credit even after staff cut their working hours, executives waived part of their pay and the company stopped share buybacks. Adidas’ decision was met with an uproar in Germany eventually forcing the company to formally apologize and to report that it planned to suspend a planned 1 billion euro ($1.09 billion) share buyback in an effort conserve cash after closing its retail outlets in Europe and North America. Adidas also said it would pay rent.

In Denmark, Anders Holck Poulsen, the owner of the clothing company Bestseller and Denmark’s wealthiest man, also announced that the company would not pay rent for its stores. Bestseller (parent company for brands like Vera Moda, Jack & Jones, Pieces, and Name It, among others) later reversed the decision following a public outcry and the CEO went on national television to apologize. Bestseller subsequently laid off 750 employees and sought financial support from the government.  This decision was met sharp with sharp criticism because over the last five years Mr. Holck Poulsen has paid DKK 7.6 billion (more than $ 1 billion) in dividends to his private holding company Heartland.

Not all companies have responded this way. Patagonia, for example, has promised that all of its employees will continue to receive their regular pay during store closures.

However, with many large brands scaling back their social responsibility in the Western part of the world, what kind of responsibility can we reasonably expect from Western retailers in places such as Bangladesh?

Bangladesh is heavily dependent on apparel production. Apparel comprises more than 80% of the country’s total export revenue and the sector employs more than 4 million workers, most of them women.  However, in recent weeks many Western brands have cancelled their orders from Bangladesh, and it is estimated that more than 2 million workers have lost their jobs.  H&M is the largest buyer of garments from Bangladesh and has reluctantly agreed to take and pay for the shipments of goods already manufactured as well as those that are still being produced. Inditex, PVH and Marks and Spencer have also agreed to pay suppliers for orders that are already produced but not all companies have done so. Primark, for example, has cancelled orders, and virtually all buyers have pulled orders that have not yet gone into production.  At the end of March 2020 orders for more than $1,5 billion had been cancelled, and Bangladesh reported -19% year-on-year export volume for the month.

What is the responsibility of large brands like Bestseller or H&M for their supplier factories in Bangladesh? Western brands have a long tradition for stating their commitment to CSR in global supply chains, including elaborate Codes of Conduct for social and environmental performance in supplier factories. Bangladesh has staked its claim as the low-cost producer of garments, and its costs and production capacities cannot be easily matched elsewhere in the world. The model of fast fashion needs Bangladesh, and Bangladesh, in turn, needs fast fashion.

Now that crisis reigns upon all of us in the form of a global health pandemic, it is the most vulnerable of workers who have been left in the lurch, be it the retails associates who stock shelves or the stitchers who sew together T-shirts.  As buyers cancel orders, few recognize the perilous position that these workers are left in. For those working on the factory floor in Bangladesh, more than 2 million have been furloughed, many without pay, despite a governmental scheme intended to address these issues.  The meagre wages of garment factory workers have not allowed for savings that could support them in such times, and the prospect of long-term closures – or at least, no orders to fill and therefore no paid work – means almost certain disaster for them and their families.

Garment workers in Bangladesh have risen up in protest, stating that

“…we don’t have any choice.  We are starving.  If we stay at home, we may save ourselves from the virus.  But who will save us from starvation?”

While some brands, like Primark, have set up charitable funding pools to help support workers, the money has yet to make it to their pockets, and the “charitable” framing of this funding on behalf of brands speaks volumes about what they see as their responsibilities.  Yet, when the crisis passes and shopping malls re-open, brands will again be reliant upon these workers to satisfy their demand for an endless supply of cheap garments.

Given that cheap labor is a fundamental need for fast fashion companies to survive, shouldn’t brands likewise ensure the survival of those on which it depends?

This is the first in a series of blogs which will further explore the responsibility of the Bangladesh government, factories, Western governments and civil society organizations for dealing with COVID-19 in places like Bangladesh.

Jette Steen Knudsen is Professor of Policy and International Business at the Fletcher School of Law and Diplomacy at Tufts University and holds the Shelby Collum Davis Chair in Sustainability.  She is also a Velux Fellow at Copenhagen Business School where she is part of the Regulation of International Supply Chains (RISC) project.

Erin Leitheiser is an Assistant Professor at Copenhagen Business School and Project Manager of the Regulation of International Supply Chains (RISC) project.

Shaidur Rahman is Professor of Sociology at BRAC University where he is part of the Regulation of International Supply Chains (RISC) project.

Jeremy Moon is Professor of Sustainability Governance and Director of the Sustainability Centre at Copenhagen Business School.  He is the Project Coordinator of the Regulation of International Supply Chains (RISC) project.

One thought on “Supply Chain Responsibilities in a Global Pandemic”