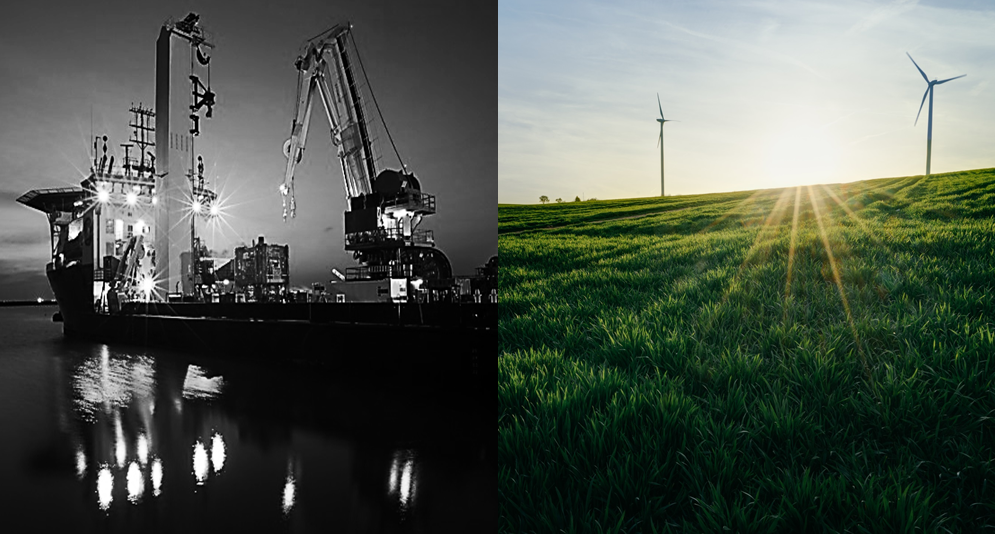 Background
The 4th license round for rights to oil exploration in the Faroe Islands was May 17th 2017, and the search for oil in the offshore subsoil in the Faroe Islands might continue if there is an interest from international oil companies to invest in the exploration. Since the first license round in 2000 there have been conducted nine drillings in the Faroese offshore subsoil without any commercial fund but results have concluded the subsoil to have a hydro-carbon active system in place.

Today, the Faroese economy is strong, unemployment rate is close to 2 per cent, young Faroese are moving back home, population has surpassed 50.000 inhabitants for the first time, salmon industry is booming (has done so for seven years), tourism is booming (four years), and the fishery is booming. A society in prosperity where the incentives to create new jobs might be vanishing because there are no Faroese to fill in the positions and foreign workforce might become a necessary solution to keep the (capitalistic) wheels going.

Pro-oil exploration Camp
The Faroese Ben Arabo, CEO at Atlantic Petroleum, argues that the Faroe Islands should explore for oil in the Faroese subsoil. The world, he argues, demands oil and gas in large quantities because the world consumes 100 million barrels of oil every day, and the demand is increasing. Oil, as a percentage of the total world energy consumption, is decreasing but the growth of energy demand is so great that the demand for oil in quantity increases every year. Currently, he continues, approximately one third of the global energy demand derives from oil, one third from coal, and one fourth from gas. The rest derives from nuclear energy, water and other renewable energy currently supplying one-digit percentage of the global energy production.

We, who live in the privileged part of the world, Ben argues, take energy stability and security for granted while other parts of the world, e.g. India, China, Indonesia etc., do not have this luxury. Ben recommends people who think they could survive without oil should examine how long time passes before they use the first object that demands oil in its production process (e.g. tooth brush). Hydrocarbon is present in a large numbers of product ranging from mountain helmet, solar panels, aspirin, and tooth paste. The wishful thinking of “no-oil-tomorrow” is based on ideology rather than technology, Ben concludes.

Resistance Camp
For the first time since the Faroese started to dream about finding oil we are observing resistance in the Faroese community. These are mainly environmentalists who have joined forces in an attempt to stop the oil exploration in the Faroe Islands. One local NGO, Ringrás, is represented by Ingmar Valdemarsson á Løgmansbø who argues:

“The context of the opening of the fourth Faroese hydrocarbon licensing round is marked by increasing ecological turmoil and biosphere degradation stemming from anthropogenic climate change and widespread habitat destruction. Fundamentally, our global society is built upon a measure of success (unrelenting growth) which, when achieved, clashes with the integrity of the interconnected ecosystems that make life on earth viable, and thus, enable civilisation as we know it.

The challenges we face, as a country and a global community, are much greater and more fundamental than the question of energy supply alone. But nevertheless, it is evident that the energy systems of the future must, by necessity, be renewable, if they – and we – are to last. Reality is catching up with our complacency and the thwarted efforts to ditch fossil fuels and racing ahead of our expectations, but luckily on two fronts:

Focusing on the latter in relation to the former, it is entirely untimely, unnecessary and unethical for the Faroe Islands to venture into a dirty industry that would threaten the mainstays of the Faroese economy, namely the fishing industry and tourism, whilst contributing to an uncertain future in favor of very dubious short-term financial gain, prone to suffer from stranded assets as disruptive technologies coupled with global weirding and climate policy expedite the transition to a low-carbon society. This is underlined by the recent developments in India, where 14 Gt of planned coal power stations have been cancelled in May alone on account of Solar PV directly outcompeting coal.

In this environment of change, we must embrace the shift away from fossil fuels and take on the potential leading role that our national goal of 100% renewable electricity generation by 2030 promises to imbue us with. This path is what we as a country need and what the world needs and, best of all, it won’t cost the world.”

According to Ingmar the Faroe Islands, the Faroese Government, has signed the Paris Agreement (COP21) which includes lowering the carbon emission to decrease the global warming.  The Faroese Minister of Industry and Foreign Affairs, Poul Michelsen, has also publically stated his support to the agreement and the Faroe Islands should be the frontrunner in the battle against fossil fuel emission adding to the fire of global warming. The long term perspective, according to Ingmar, is that this will be the sustainable solution regarding environment, society, and economics because the Faroe Islands are heavily dependent on their fisheries, salmon farming, and tourism. Oil industry will add to the carbon quantity in the natural environment and changes in the ecology will alter the livelihood of the resources in the sea. This, in turn, will negatively affect the natural resources in the Faroe Islands harming the economy and society in the long run. Exploring for oil has to stop now!

The Broader Picture
The International Energy Agency (IEA) recommends exploring for more oil in the Scandinavian area because this will provide global energy stability and security. This argument is based on the fact that the political system is transparent, and the regulation for oil activities is progressive in terms of natural environment, work processes, and overall safety. The Middle East is, according to IEA, not the most reliable nor stable area, while Scandinavian countries are triple-A-democracies, market economies and predictable partners.

Producing more oil will lower the price of oil and this automatically decreases the incentives to invest in research and development of renewable energy solutions because the energy consumer demand will, in general, follow the least expensive solution. In contrast, if the oil production is stopped the oil price will go up and the demand for alternative solutions becomes pressing and the investors will predict return on investment. This will speed up the process to develop renewable energy solutions but we will probably experience political power changes on the global arena, e.g. a stronger Middle East. The question is, for how long? The sooner the world moves to alternative energy solution the global arena will change, again, and this might be the only sustainable solution because the emission and global warming is already at a critical stage.

So, should the Faroese provide for energy stability and security, or should they be the front-runners to say “no” to oil? Could the Faroe Islands become a role model for other societies in the Arctic and beyond? And if the Faroe Islands can do this, could other countries learn from this small country? Is the Faroese political (Governmental) agenda hypocritical because of its duplicity? Or is this hypocrisy a necessary aspiration to prosper as a small society in the Arctic that might spread to other small societies in the Arctic?

Árni Petersen is PhD-Fellow at the Department of Management, Society and Communication at Copenhagen Business School. His PhD project pursues the research question: “How does future expectation of wealth deriving from the oil affect the Faroese society and the potential outcomes in the future in the Faroe Islands?” His research features an in-depth case study of the Faroese Oil Industry, including interviews, observations, and local newspaper articles about the oil industry.

You can find Árni on LinkedIn.