Trumpism: On the road to state capture? 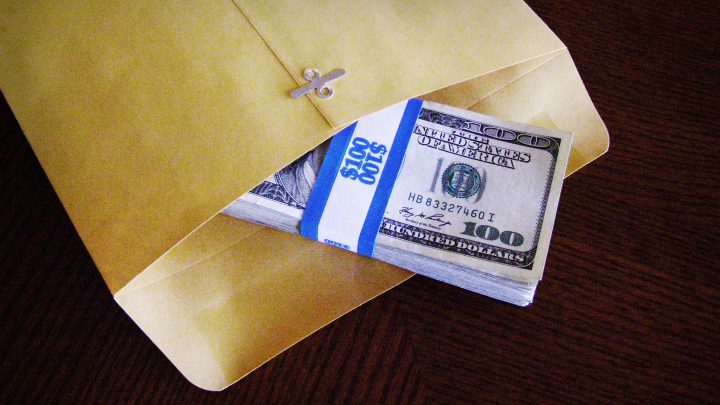 The inauguration of Donald Trump as President of the U.S. has caused widespread concern. On the long list of worries is Trump’s approach to corruption. With his business empire including hundreds of legal entities across the world, conflicts of interests will pile up.

Corruption is about office holders’ misuse of public office for private or organizational gain, and it has a wide reach. Grand corruption involves the collusion of networks of economic and political elites across national borders. Powerful corporate actors make business deals with political and administrative leaders at various levels, if not directly, then through intermediaries. While always difficult to document due to the secrecy of the deals, we only need to recall the Oil-For-Food and Siemens scandals to confirm that such things indeed take place on a massive scale.

Historically the U.S has suffered from various forms of grand corruption, like any other country. But U.S. governments have also come to play an important role in attempts to curb it. The country pioneered the prohibition of corporate bribery of foreign public officials, and many countries have followed suit. U.S engagement in anti-corruption, and anti-corruption itself, has been subject to controversies. But there is growing acknowledgement across the world of the damaging effects of corruption on economic affairs and trust in political and administrative institutions. Human rights, security and the environment are all affected negatively by corruption.

What are the policies to expect from Trump and his new administration on these matters? Of course we don’t know yet, but there are certainly issues to keep an eye on in time to come.

During the electoral campaign and as president–elect, Trump waged a war against corruption. Framed in the now well-known Trumpian elite vs. people metaphoric, its primary target was the Washington establishment.

But there are good reasons why Trump better begin to clean up his own house. Just before inauguration Trump explained his plan for how to separate his business empire from the work to be undertaken from the Oval Office. His decision not to create a blind trust for his assets, as well as the appointment of his closest relatives to run the Trump Organization instead of an independent board have been met with widespread suspicion Even from those who speculate it’s unfair that entrepreneurs involved in public life can ultimately be required to liquidate their business have lamented the absence of arms length.

So too has the general lack of transparency in Trump’s tax returns. Two days after his inauguration, WikiLeaks tweeted that “Trump’s breach of promise over the release of his tax returns is even more gratuitous than Clinton concealing her Goldman Sachs transcripts.” The organization has called for someone to blow the whistle.

Walter M. Shaub, Director of the U.S. Office of Government Ethics has stated that Trump’s plan for avoiding conflicts of interest “does not comport with the tradition of our Presidents over the past 40 years.” Since the Watergate scandal, maintaining business while in office has been seen as ethically irresponsible and against the law. Moreover, it sets a very bad example: “The signal a President sends set the tone for ethics across the executive branch. Tone from the top matters.”

Following his statements, Shaub was called to testify before lawmakers in the House of Representatives, a step seen by many as a threat to his office.

With his family running the business empire, the President will of course be able to interfere directly in it. But he can also come under unduly influence of foreign powers, some of whom may already be enmeshed in it.

But the U.S. Constitution, as well as federal statutes that address nepotism, bribery and so on, forbid office holders to accept presents and other services from foreign powers. Legal scholars have discussed why and how in a recent study of the so-called Emoluments Clause of the U.S. Constitution. While many transactions between the Trump empire and foreign powers will probably not involve “actual impropriety”, it is “a virtual certainty that many would create the risk of divided or blurred loyalties that the Clause was enacted to prohibit.” In a situation “when there is overwhelming evidence that a foreign power has indeed meddled in our political system, adherence to the strict prohibition on foreign government presents and emoluments ‘of any kind whatever’ is even more important for our national security and independence.”

So the fear is not only that Trump’s business liabilities may affect how he deals with the banks to whom he owes hundreds of millions of dollars in debts, but also how he will approach foreign countries that become business partners or seek special favors. Worst case, Trump’s presidency may lapse into state capture, a term referring to the systemic corruption of business and politics relations. Individuals, organizations and interest groups, domestic or foreign, can come to have disproportionate influence over policies and regulations emanating from the Oval Office and the administration.

Tools for state capture include the buying of laws and decrees, illicit or disproportionate contributions to political parties and groups, manipulation with electoral processes, illegitimate lobbying and revolving door commitments, and not least, through friendship, family ties and intertwined ownership of economic assets. State capture has many facets. It is often related to the illicit financial flows characterizing particular industrial sectors with profound economic and political power asymmetries. Some sectors are high risk, such as the extractive industries.

State capture and its associated processes of favoritism, bribery and blackmailing will need much more attention in the future. Especially the recent mobilization of digital technologies, hacktivism and cyber wars in the election of Trump draw attention to the increasing sophistication of the tools being used. The unknowns of Trump’s business ties to geopolitical adversaries and allies across the globe, together with the skillful use of digital technologies to manipulate global publics, will hopefully prompt investigative journalists and researchers to scrutinize what is going on and what to do.

A final set of speculations focuses on Trump’s stance towards the U.S. Foreign Corrupt Practices Act (FCPA), a legal cornerstone in the history of international anti-corruption. The FCPA was signed into law in 1977 after the Watergate scandal. It has extraterritorial reach and prohibits U.S. corporations from bribing officials of foreign governments in order to obtain business. The FCPA has inspired legal initiatives elsewhere, including the recent U.K. Bribery Act and important international anti-corruption conventions under the auspices of the OECD and UN, amongst others. Anti-corruption efforts by the World Bank and the International Monetary Fund all echo various aspects of the pioneering FCPA, all of which tie into the much broader work of the world’s leading civil society organization on anti-corruption, Transparency International.

Since 2004, U.S Authorities have scaled up FCPA enforcement, targeting U.S companies and foreign companies. The FCPA is one of the key reference points for the increasing development and implementation of corporate compliance programs in multinational companies worldwide.

But will this continue? In 2012 Trump stated that the FCPA is “horrible law and it should be changed”, and also that it puts U.S. companies at a “huge disadvantage.” That fits with Trump’s preferences for U.S companies winning and his disdain for moral niceties.

However, let’s all take a deep breath when it comes to FCPA enforcement in the Trump Administration, as writes the FCPA Professor, a website that deals extensively with legal issues relating to corruption, anti-corruption and other interesting matters. The fate of the FCPA will depend on the more precise composition of the agencies responsible for the FCPA, bureaucratic inertia and a lot of other priorities. The FCPA Professor further notes there are probably “too many people making lots of money based on the current FCPA enforcement environment for FCPA enforcement to experience a sudden dramatic change.” Anti-corruption has become an industry, a profession, with lawyers, accountants, compliance officers and CSR consultancies making a living by providing expertise. No wonder that corruption has come to be seen as a risk to be managed, even by corporations themselves.

In conclusion, there are many reasons to be worried about what comes next from Trump in matters relating to corruption and anti-corruption. We are indeed in a phase of massive uncertainty and confusion, with unpredictability reigning, also in this area. Notable exceptions in the business of prophecy certainly do come around now and then, but not always for the good.

Hans Krause Hansen is Professor at the Department of Management, Society and Communication, Copenhagen Business School. He teaches and researches about various aspects of public and private governance, including corruption, anti-corruption and transparency regimes in the global North and South.