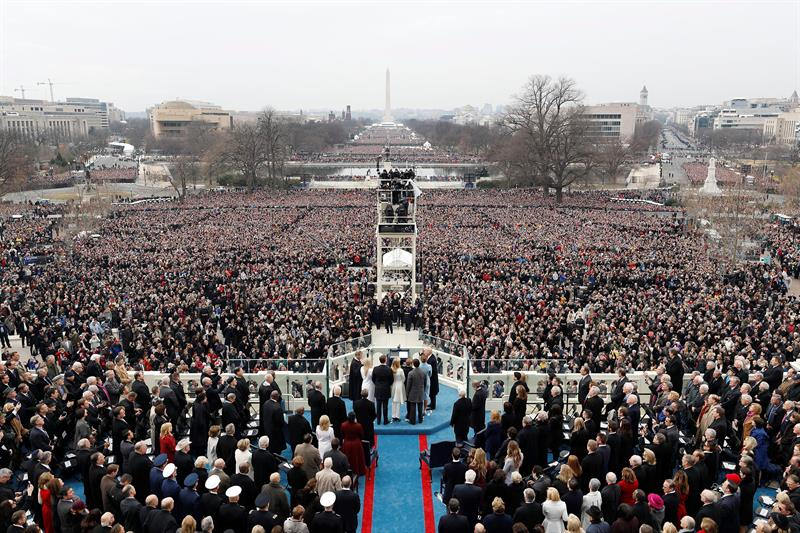 The past months constituted the culmination of a sequence of events, completely unthinkable even one year ago. These events led to the inauguration of a man that many consider unfit for its position, a man demonstrating unprecedented levels of intolerance, bigotry and racism, a man questioning the foundation of our political system, separation of powers, free press, equality of rights, one tweet at the time.

Like many of us, my heart has been hesitating between a deep state of anxiety for its future decisions and a slight nausea when looking at its proclamation as Time’s person of the year. Yet, this got me thinking about the incongruity of reducing a whole sequence of events, times, peoples and places to a single individual, a troubled reflection of the individualistic tendencies of our societal and political system. While not dismissing the reality of asymmetrical power relations, the emphasis of this post is placed on the anonymous mass, the hidden collective power often forgotten by our political system, but also in our academic fields.

The common, collective, anonymous power is often left unstudied at the profit of the single individual, be it the President, the CEO or, in my academic field, the entrepreneur. Hence, I decided to put aside the overwhelming amount of research focusing on the personality of these special, heroic individuals, constituting a popular narrative of uniqueness and success, focusing instead on organizational studies calling for a comprehension of entrepreneurship in its everydayness, as a societal process with multiple actors and stakeholders rather than an individualistic phenomenon.

The sociologist Richard A. Peterson and Pardo´s studies open the door for considering entrepreneurship not as a special person or situation, but as an action commonly shared that can occur anytime. In this regard, the latter put forward a perspective on entrepreneurial moves through which citizens, here the popolino of Naples, create new possibilities in life, situating entrepreneurship beyond formal economy.  Recognizing this collective entrepreneurial action is the first step towards serious political changes, as our democratic system needs to be modified to recognize, listen and integrate this common potential in the political game as a legitimate form of power.

Lyotard states that the world is composed of events giving rise to multiple interpretations, and maybe I really needed a new storyline to help me cope with the current events; maybe I could not make sense of Donald Trump as the final expression of what our society can produce. Nevertheless, for the next four years, I will keep in mind that politics also lies on the everyday, collective power that change society in the shadows, the men and woman giving a hand, creating, collaborating, in organizations or in the anonymity of their own houses, making “US” the people of the year, one action at the time.

Pic by the Office of the President of the United State