Making the case for and against and beyond Friedman in 2020 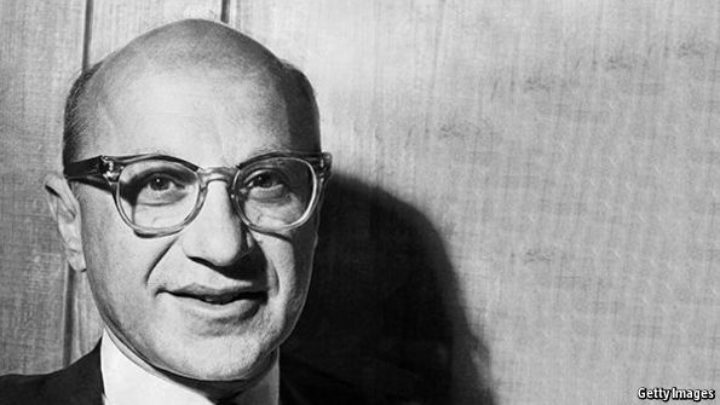 September 13th marked the 50th anniversary of the publication of Milton Friedman’s famous New York Time Magazine essay entitled “The Social Responsibility of Business Is to Increase Its Profits”. This has occasioned a slew of testimonials and opinion pieces on Friedman’s legacy in general and the legacy of this free market manifesto in particular.

Not surprisingly, the tone of testimonials have differed. From those lamenting Friedman’s enormous influence on the discipline of economics, economic policy, modern business and finance over the last three to four decades in particular, to those celebrating these very same developments. One commentator, in The New York Times, speaks of how a generation of C.E.O.s have been brainwashed to believe that the only businesses of business is business. That the sole responsibility of business is to make money.

Anti-Friedman sentiment, and this is nothing new, takes aim at the single-mindedness and moral blind spots of free market capitalism, market fundamentalism, the shareholder paradigm, finance capitalism, you name it.

Indeed, ‘Friedman was wrong’ was for many years a recurrent theme in arguments made in support of CSR and stakeholder capitalism. But Friedman is not as relevant as he used to be.

In recent years, as far as specialized discussions of CSR go, the Friedman doctrine has increasingly been displaced by ‘the Porter doctrine’, that is, the strategic view of business responsibilities promoted by renowned, now retired, Harvard Business School professor Michael Porter along with Mark Kramer.

Porter & Kramer’s more accommodating brand of economic instrumentalism – encapsulated in the influential notion of Creating Shared Value (CSV) – has turned out to be much better attuned to present circumstances than the message of Friedman’s antagonistic and polarizing opinion piece.

The critique of free market capitalism has arguably gained urgency and currency with the climate crisis and calls for sustainable development and green transition. This is not to say that the Friedman doctrine has been abandoned by all those who used to support it.

However, given the opportunity to reflect, supporters of Friedman tend not to dwell much on the minutiae of the 1970 essay.

The devil is in the detail, and few seem to be willing to argue that what Friedman wrote 50 years ago is a proper representation of how the problem of corporate social responsibility is constituted in the year 2020.

The strength of Friedman’s wonkish essay was always its crude simplicity. For many years it seemed to encapsulate everything that needed to be said about CSR – according to mainstream economists and ideologues of a similar persuasion and the discipline of neoclassical economics. In other words, very little needed to be said. 3000 words were enough.

However, with the rise of ESG and sustainable finance it seems to be dawning even on the disciplines of economics and finance that more indeed needs to be said – and that the crudeness of Friedman falls terribly short in capturing the challenges, risks and opportunities ahead.

Friedman’s article has served as a moral cornerstone for the shareholder value paradigm. Its moral shortcomings are increasingly showing, though.

What supporters of the Friedman doctrine nevertheless argue, is that he was (and is) right about fundamentals: that the shareholder value paradigm is a superior economic principle and form of governance. The argumentative support structure for this paradigm does, however, need adjustment in order to achieve better alignment with changing historical conditions, opinion climates, societal norms and expectations.

In other words, supporters of shareholder capitalism need to fight for their cause. They need to renew their engagement in the ongoing ‘battle of ideas’ over business and society.

Their main opponent in this battle is well-known, but has been gaining new and more widespread support as of late. The opponent is stakeholder capitalism, the virtues of which have found high-level affirmation recently in the Davos Manifesto of 2020 and in the Business Roundtable statement on the purpose of business from 2019.

Importantly, the American brands of stakeholder and shareholder capitalism have a common denominator. Both Friedman and R. Edward Freeman (the great popularizer of stakeholder thinking) have described themselves as libertarians. Stakeholder capitalism, US-style, begins and ends with voluntary initiatives and stakeholder engagement by business. Government and regulation are not supposed to have central roles to play in such endeavors. They are supposed to work better, more smoothly and efficiently without government interference.

Thus, the first line of battle – for Friedman supporters – has to do with regulatory failure. Sure, there are market failures that we need to take account of when assessing the responsibilities of business. But regulatory failure should be no less of a concern.

The second line of battle has to do with principles and practices of governance. According to its supporters:

Stakeholder capitalism is supposed to be more open, democratic, responsive and responsible than its counterpart. But what does stakeholder governance mean in practice, at the corporate level, unchecked by government regulation and without agreed upon rules of engagement? It is far from clear.

Will it ultimately be good for business and society if companies are governed in accordance with the diffuse model and principles of ‘stakeholderism’? It is equally well imaginable that stakeholder capitalism can turn out to create less value for the stakeholders whose interests it is supposed to reflect and serve, and that stakeholders will ultimately be worse off if this is the direction the development of the economy takes. And it may be that shareholder capitalism, with its more clearly defined purpose and governance principles, is ultimately better equipped to keep business leaders on their toes and create value not only for shareholders but for stakeholders at large. So the argument goes in conservative circles.

Ideology and the ongoing ‘battle of ideas’ over business and society

While many of these arguments seem to fly in the face of public opinion of the more progressive kind, we must acknowledge how, in a polarized opinion climate, public opinion is divided on many political topics. Andrew Hoffman (2012) speaks of how the climate change debate in the US has become enmeshed in the so-called ‘culture wars’. Acceptance of the scientific consensus regarding climate change is now seen as an alignment with liberal views consistent with other cultural issues that divide the country (i.e., abortion, gun control, health care, and evolution). This tendency has only worsened under the Trump presidency.

On top of this we can observe how sustainable development and green transition are evolving as government-driven agendas, involving a high level of social and economic planning – not to mention the COVID-19 crisis and how the pandemic, for better or worse, has provided a large-scale affirmation of the primacy of government intervention in dealing with grand societal issues.

Under these conditions it has once again become relevant to speak not only of broader socialist tendencies in politics and society, but also of how CSR/corporate sustainability can be a Trojan horse or slippery slope leading from market capitalism into a new socialist order. In other words, the ideological underpinnings of the CSR debate are once again becoming more apparent.

This calls for more in-depth studies of the ideological commitments sustaining the theory and practice of CSR. It does not necessarily call for rejuvenation and regurgitation of Friedman’s short essay, though. Friedman is not as relevant as he used to be in discussions of CSR. The anniversary has done nothing to change this.

We need to look beyond Friedman and see him (only) as one part of the larger ideological tapestry. We need contextualized, updated engagements, not more flogging of a somewhat dead horse.

Steen Vallentin is Director of the CBS Sustainability Centre and Associate Professor in the Department of Management, Society and Communication at Copenhagen Business School. His research is centred on CSR (corporate social responsibility) and sustainable development in a broad sense.