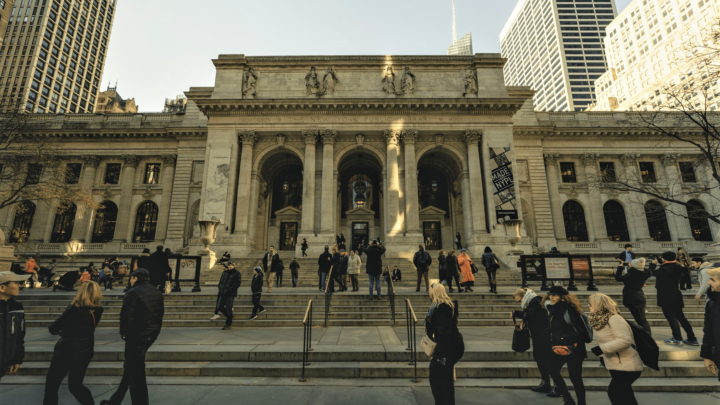 A complex issue of global relevance

This article is based on previously written piece for the Centre for Business and Development Studies. It focuses on the normative foundations, such as guidelines and legislation as well as some common features or practices for good stakeholder involvement in environmental and societal impact assessments. As a part of the blog-post series on Consultations, Public Participation and Meaningful Stakeholder Engagement, it considers various aspects of stakeholder involvement as an element in the planning and decision-making relating to renewable energy, mining, infrastructure etc.

Public requirements on consultations and corporate management of risk to society

Even when impact assessment is not mandatory, it may be wise for a company to reach out to the local community and other potentially or actually affected stakeholders in order to map societal risks. This may contribute to counteracting a loss of the corporate ‘social licence to operate’.

It is a general expectation that companies conduct so-called ‘meaningful stakeholder engagement’ in order to identify potential or actual adverse impacts on, for example, the environment, labour conditions and human rights. This is a result of the OECD Guidelines for Multinational Enterprises – a detailed set of recommendations from OECD member states as well as several countries in Africa and Latin-America.

The recommendations target companies operating in or out of the relevant countries. Likewise, all companies (regardless of form and countries of registration or operation) engage meaningfully with affected stakeholders whose human rights are or may be harmed by a business activity, in order to understand and map the impact from the perspective of these affected.

The United Nations (UN) Guiding Principles for Business and Human Rights, which were a source for the 2011 update of the OECD Guidelines, refer to meaningful stakeholder engagement in this context. The objective is that the impact assessment will be conducted in a manner that takes account of the affected stakeholders’ perception of risks or actual harm caused, that is, adopting a bottom-up perspective.

The company is expected to prevent risks and actual harm that it causes or contributes to. It can only do so if it understands the problems from the perspective of those who experience or fear the problems.

OECD has developed a detailed Guidance on Meaningful Stakeholder Engagement for the Extractive Industries. The guidance includes an annex particularly on engagement of indigenous people. A translation into the Sami language was introduced at a seminar taking place back-to-back with the assembly of the Sami Parliament in Northern Norway in June 2019.

Even so, at a meeting on mining and sustainability, which took place in Northern Sweden later in June 2019, we observed very limited awareness of the guidance and relevant global guidelines among local NGOs and other civil society organisations. In fact, awareness is higher with some companies. Lack of knowledge of the normative standards that apply to companies make it difficult for civil society to require that companies observe the norms.

The OECD Guidelines and the UN Guiding Principles are not binding but mark a tendency towards recognition of individual access to influence through making one’s views and concerns known, even if this may not take place through a formalized process.

Overall, the past 40 years have witnessed a development in international environmental and human rights law towards direct access for the individual to partake in decision-making on business activities affecting one’s life [Pring and Noé, 2002]. Rights of indigenous and tribal peoples to be involved in decision-making on mining and other forms of natural resource extraction are often highlighted in this context [Triggs, 2002]. Consultations can form one element among others in ensuring such participation.

The Nordic countries, which include Arctic areas, have long mandated planning of specific types of activities to include assessments of the environment so that the information can form part of the authorities informed decision-making. In some Nordic countries environmental impact assessments include broader societal aspects, such as impacts on health, employment, traditions and business operations [Nenasheva et al. 2015].

Specific requirements of separate assessments of societal impacts are less common in a Nordic context. However, Greenland’s self-government has introduced explicit requirements in the Act on Raw Materials mandating social sustainability assessments of activities that are may have significant societal impacts. Greenland has also introduced rules enabling authorities to make permits conditional on the company contribution to society, for example through vocational capacity building, employment of local labor, or locally based processing of explored raw materials.

Our project has shown that there are diverse opinions of such ’Impact Benefit Agreements’ (IBAs) that are tailored to each specific project and local context. While IBAs offers opportunities to agree on specific local measures, limited transparency on the contents reduce opportunities to develop solutions across projects.

Authorities can introduce specific requirements on the consultation process through general or special legislation. While such demands vary between countries, involvement of local communities and other affected stakeholders is a general element [Vanclay and Esteves, 2012].

As regulations and levels of detail vary between countries and types of impact assessments, specific demands on the process will not be described here. However, general indications are given by the so-called Aarhus Convention [UN 1998], which fleshes out the implications of the political decisions from the 1992 Rio Summit concerning public participation in decision-making concerning projects with environmental impacts.

The convention also covers human health and safety, locations of cultural significance etc., provided the impacts have a connection to the environment.

The Aarhus Convention establishes that:

The Aarhus Convention has been signed by most European countries, including the Nordic states, and a few Central-Asian states.

Obviously, participation in a consultation process should not require participants to be familiar with the law, nor should the quality in principle depend on participant’s awareness of the informing normative foundations. It is possible, especially in countries with well-functioning public institutions, to ask the relevant authority to explain the rules and requirements and their implications. Elsewhere, civil society organisations are often able to provide advice and guidance.

Consultations build on an aim of exchanging knowledge, views, concerns and needs and thereby to provide the best possible informed foundation for decisions and for projects to be adapted and regulated in response to the concerns and needs that have been voiced or identified through the consultation.

Both process and outcome depend on the involved understanding and respecting that the process builds on a conversation which is not about identifying a winner and a loser, but rather a dialogue towards an adapted result which may be a compromise between the original project idea and the thoughts, concerns and views expressed during the consultation process.

UN (1998). Convention on Access to Information, Public Participation in Decision-Making and Access to Justice in Environmental Matters (Aarhus Convention).

Karin Buhmann is Professor at Copenhagen Business School, where she is charged with the emergent field of Business and Human Rights. Her research interests include what makes stakeholder engagement meaningful from the perspective of so-called affected stakeholders, such as communities, and the implications for companies and public organisations carrying out impact assessments.

Photo by Clay Banks on Unsplash