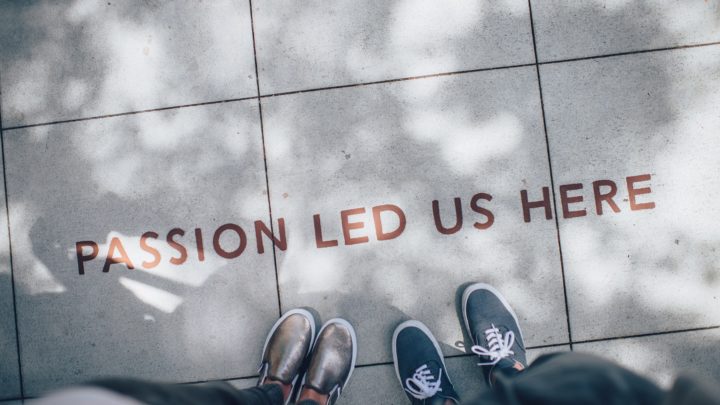 Together with my colleague Julia Binder we recently published a paper on the role of values in driving crowdfunding backer behavior. The study found that altruistically framed campaigns have a higher chance for funding as compared to campaigns that emphasize egoistic or environmental motives, but even more importantly, that message framing needs to be aligned with the personal values of the backers. As such, our study highlights important similarities between resource mobilization in social movements and in crowdfunding.

The growth of reward-based crowdfunding as an alternative source of innovative financing has recently triggered great enthusiasm for its potential to enable a greater diversity of entrepreneurs to access to important seed funds (Gerber and Hui, 2013; Sorenson et al., 2016). This enthusiasm is in part related to the fact that – as compared to other forms of innovation capital and indeed other models of crowdfunding, such as lending or equity-based – the consumer plays a central role as a financier of the reward-based innovation. Considering that consumers represent a different kind of investor (Assenova et al., 2016), they are also driven by a wider and distinct range of motivations as compared to traditional investors (Lehner, 2013).

Understanding this new kind of investor has thus been subject to increasing academic debates, especially regarding the success criteria of reward-based campaigns (Mollick, 2014).

However, empirical evidence to date has produced mixed results – while some studies suggest a social- or environmental value orientation of a given reward-based campaign to significantly increase its odds of receiving funding (Calic and Mosakowski, 2016; Lehner and Nicholls, 2014), other studies have found no such effect (Cholakova and Clarysse, 2015; Hörisch, 2015).

Thus, despite enthusiasm from a range of actors, it is unclear under which conditions reward-based crowdfunding campaigns are successful in receiving funding. In this respect, the role of message framing has received little interest, despite its potential for shedding light on the criteria for crowdfunding campaign success. Against this background, we sought to examine how founders’ framing of a reward-based crowdfunding message affect the mobilization of backers and what values are conveyed in successful crowdfunding efforts.

The study in a nutshell

The study draws on framing theory as utilized in the literature of social movement mobilization, which focuses on how messages attract audience attention and in turn plays a pivotal role in securing movement participation (Benford & Snow 2000). Considering that in reward-based crowdfunding entrepreneurs are equally concerned about mobilizing backers for their campaign, we investigate whether entrepreneurs’ framing affects backer’s attention and influences their interpretation and action towards the crowdfunding campaign.

Based on the theoretical literature on human values (Schwartz 1994), we operationalize these linguistic frames as egoistic, altruistic, and biospheric (Axelrod, 1994; Groot & Steg, 2008;  Stern, 2000). These three values respectively reflect considerations on “what is in it for me”, “what is in it for others”, and “what is in it for the environment” when purchasing a given product (de Groot and Steg, 2008). In order to observe causality between these three linguistic value frames and individual pledging behaviour the study employed an experiment which replicated an online crowdfunding platform to better resemble what individuals would see in the real world and thus providing us with what we hope are more external valid observations (Grégoire et al., 2019).

More specifically, we investigated how the framing of reward-based crowdfunding messages as either egoistic, altruistic, or biospheric affected the success of eight hypothetical projects seeking financing in return for the respective product. Especially this designing of a realistic experimental setting represented a huge hurdle, but also a necessary one.

We find that too often experiments lack the realism of what they are seeking to study which we believe is a real detriment to results they yield. We thus wanted to move outside not only the lab but also create a user experience that best captured what an actually crowdfunding platform looks like.

For researchers entering with minimal programming experience it was a steep, but really rewarding learning curve. If a professional programmer saw our work, they would likely have a meltdown over the messy coding, but it worked and inspired many new ideas.

The results provide fresh insights into an emerging debate relating to the potential of crowdfunding to support entrepreneurship.

Firstly, our findings show that while some consumers respond positively to campaigns emphasizing intrinsic benefits, an emphasis on such collective benefits cannot be seen as a silver bullet for crowdfunding success. Indeed, while we find that an emphasis on altruistic benefits leads to an overall higher willingness to support the campaign, we find no such effect in the case of products emphasizing the benefits for the environment, but rather that the attractiveness of a crowdfunding campaign is dependent on the alignment with the values of the respective target audience.

Secondly, when seeking to garner funding via a crowd, the importance of customer segmentation and a thorough understanding of these customers’ values and expectations remains the most relevant task before designing and launching the crowdfunding campaign.

Our results clearly show that the willingness to invest in a campaign largely depends on the alignment between backers’ values with the values transmitted in the campaign.

Finally, the findings provide implications for sustainable entrepreneurs, for whom crowdfunding has been emphasized to provide a relevant fundraising opportunity (Testa, Nielsen, et al. 2019).

On the one hand, the fact that crowdfunding is driven largely by consumers rather than professional investors does not in itself change consumer demands; demands which more often than not fail to correlate with sustainable behavior (Sheeran 2002; Webb & Sheeran 2006). While one may argue that the motivations of funders for pledging towards a campaign may be different from those of a professional investor, our results seem to confirm that consumers seek to satisfy their own values when deciding to invest in a crowdfunding campaign. On the other hand, this does not imply a lack of significant potential for sustainable entrepreneurs’ success in reward-based crowdfunding.

Considering the increasing concern for sustainability and because of our finding that value alignment has a particularly high potential in a crowdfunding context, sustainable campaigns focusing on a clearly delineated target group have a high likelihood to reach their aspired funding goal.

Kristian Roed Nielsen is Assistant Professor at the Department of Management, Society and Communication at Copenhagen Business School. His research strives to examine what, if any, potential role the “crowd” could have in driving, financing and enabling sustainable entrepreneurship and innovation. Kristian’s Twitter: @RoedNielsen

Photo by Ian Schneider on Unsplash