SDG 17 check in: cross-sector partnerships from the beneficiary perspective? 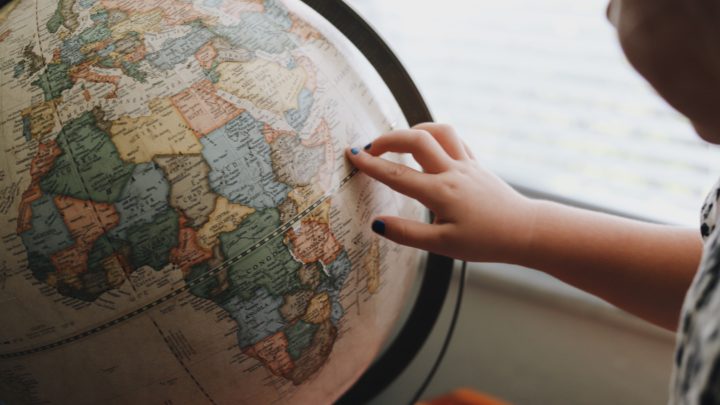 Have you ever wondered how SDG 17 is, in fact, delivering on its promise? Does it sometimes cross your mind to what extent cross-sector partnerships are benefitting all parties involved, including those people whose livelihood they are intended to assist and advance? Some years ago, we set out to explore the effectiveness of North-South cross-sector partnerships with a particular focus on providing novel knowledge to understand better the partnerships from the vantage point of its beneficiaries. Some of our main findings have just been published.

Understanding the value of cross-sector partnerships

In research as in practice, there are high hopes for cross-partnerships as the new global governance mechanism. Cross-sector partnerships are presented as particularly well-suited to solve some of the world’s most critical global challenges such as poverty, climate change, and inequality. No one organization, business or institution can do it alone.

It is better to address wicked problems together. It does indeed sound plausible: the more perspectives, the more knowledge, the more resources, the better. However, as we experience the emergence of a great number of cross-sector partnerships, we also see an increasing concern expressed from research and practice about the effectiveness of these partnerships.

Do they really deliver better and more than a government or a business or an NGO could alone? Are they really providing better conditions for the world’s poor? Are cross-sector partnerships more efficient in addressing fundamental problems of inequality?

So far, we have only very little research to substantiate such claims. A large part of current research has so far emphasized the advantages for the (typically North-based) business partner to partake, leaving us with a certain Northern and corporate bias in understanding the value of cross-sector partnerships.

Study of the ‘Best in class cross-sector partnership’

Our study explored what was by the Danish embassy to Ghana assessed as the ‘best in class cross-sector partnership’ involving Ghanaian and Danish actors. Over three years, we visited the cross-sector partnership several times, observed and interviewed the young single mother employees, as well as the Northern business and the Southern NGO partners.

At first glimpse, the ten-year-old partnership looked promising. A number of young mothers had been employed over the years. It was prestigious and competitive to get a job with the partnership. It had its own physical building within the NGO where the women were sitting at a table assembling the jewelry in the designed styles, talking, working and laughing.

When interviewed, the NGO manager or one of their two supervisors were initially present. English conversation was difficult for them. We heard the same kind of appreciation of the partnership as we had heard from their leaders. It was not until next time we arrived that we started to see a potentially problematic pattern arise.

This time, we interviewed the young mothers in their home territory in their villages, where the managers were not present. Also, we had a local translator, so the conversations took place in the women’s local language.  All this is just to remind ourselves, how difficult it is to get access to ‘good data’ in such circumstances.

At this second glance, we found that the cross-sector partnership resulted in what we term ‘competence without agency’ for the beneficiaries. The partnership was found to provide new resources and knowledge to the young single mothers but failed to generate the conditions for these to be transformed into significant changes in their lives.

Only the most capable young women, the ‘viable poor’ were offered a job, excluding the poorest young single mothers in the villages. Women had to travel far to work in the NGO, leaving their children behind in the village and preventing traditional practices of sharing work with family and wider community.

The partnership drew on old craftsmanship from the region which was modified to fit Northern standards – all decided and directed by the Northern entrepreneur, leaving the young mothers with the task of adapting and imitating rather than innovating.

On top of that, income for the young mothers was unstable due to fluctuations in European demand for the product produced, making it impossible for the women to plan ahead and to improve support for their children’s schoolwork.

These were just some of the unexpected, invisible and unpronounced outcomes of the cross-sector partnership which occurred as the entrepreneur and the NGO leaders were focusing on making the partnership work and the Northern government initially supporting the project was happy to see some business result from the collaboration.

While the main novel research findings from this study do not deliver an immediately positive tale of ‘how to do partnerships in a few easy steps’, it points importantly to how the whole idea of expecting cross-sector partnerships to work as development agents and to create sustainable development, must take into consideration how to empower those people who the cross-sector partnership is intended to benefit in the long-term.

This implies that instead of assuming that the young single mothers engaged in this cross-sector partnership would inevitably be better off working for the prestigious partnership by having an (infrequent) income, a careful inquiry should be engaged into how the project could potentially empower these young women (and their children) in non-financial ways and in the long-term perspective (fx. education, professional training, health provision, etc).

We argue that when considering the potential of cross-sector partnerships, it is crucial that outcomes are not conflated with impact, that it is acknowledged that resources, be they money or skills, do not necessarily transform the lives of the poor and marginalized.

This research calls for organizations, businesses and governments partaking in SDG 17 through cross-sector partnerships to engage in much more, and deeper consideration for the beneficiaries if they want to provide something more meaningful than the usual ‘North benefitting from inexpensive labor in the South’.

Anne Vestergaard is Associate Professor at Center for Corporate Social Responsibility at Copenhagen Business School. Her research revolves around mainstream discourses of morality with a particular interest in how processes of institutional, technological and semiotic mediation contribute to them.

Mette Morsing is Chair of Sustainable Markets and Executive Director of Misum at Stockholm School of Economics and Professor of CSR and Organization Theory at CBS. Her research focuses on how identity is governed in the interplay of internal and external stakeholders, in particular in the context of CSR and sustainability.

Thilde Langevang is Associate Professor at Centre for Business and Development Studies at Copenhagen Business School. Her research interests are in the area of entrepreneurship and development studies with a particular focus on youth, women, and creative industries in Africa.

Photo by Amy Humphries on Unsplash