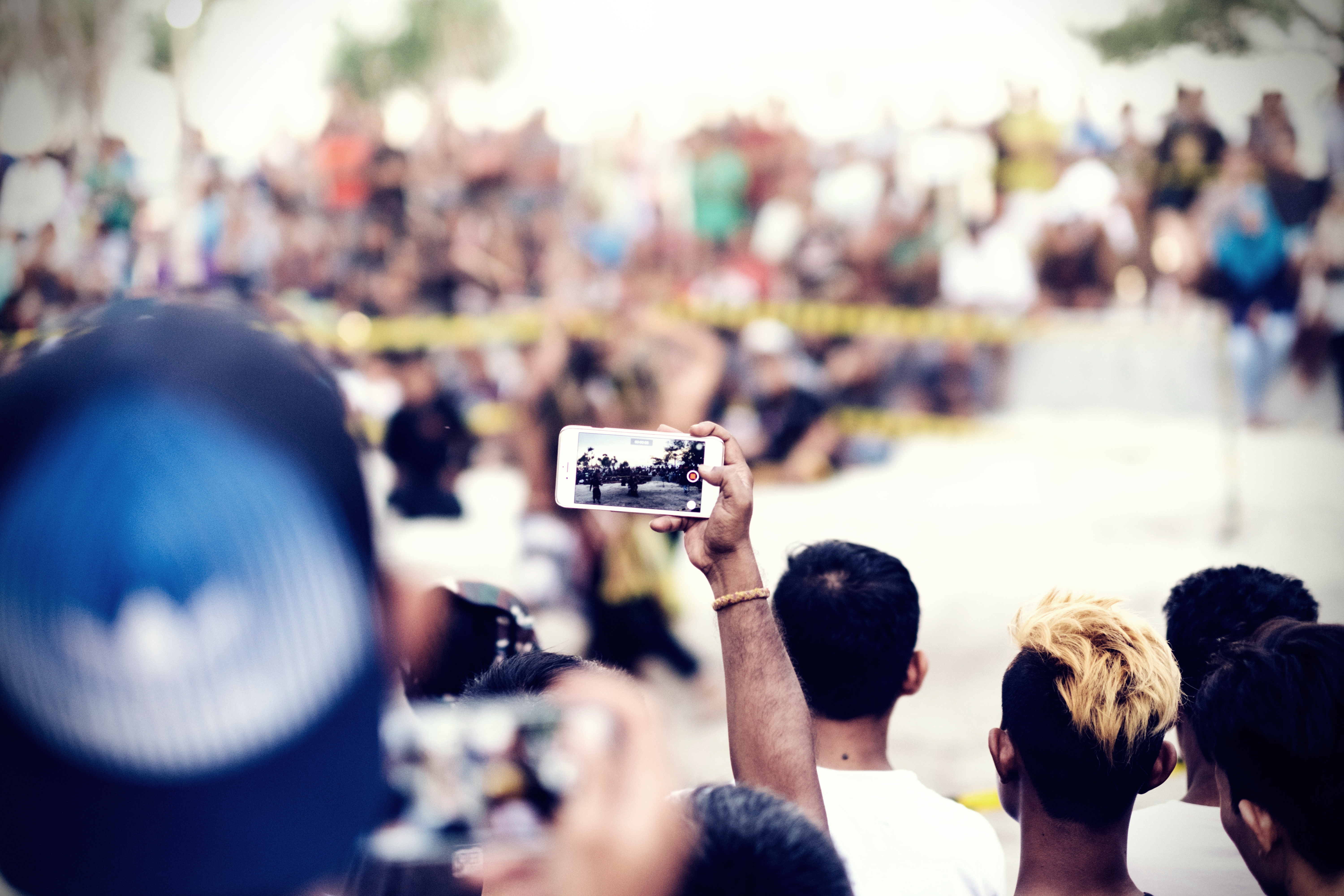 Social Media for Social Change?
The impact of social media on the way we live our lives is undeniable. Recent statistics suggests that there are more than three billion active social media users. This makes social networking sites like Facebook, YouTube and Twitter some of the most influential contexts regarding diffusion of information and they are, to a certain extent and as many of us would admit, emotionally contagious. This has created a digitalized world where social media has ‘given a voice to the people’, as civil society can use social media to express concerns. However, the debate about whether expressing concerns through social media leads to any substantial change is only just at the beginning.

What is your take on this? Is social media cultivating global collaboration and facilitating a pursuit for a better world, or instead disrupting the debate by cultivating polarization and fragmentation? – And are these two arguments necessarily mutually exclusive? Join me as we explore these two sides a bit further to understand how social media might be the key to pursuing social change.

The two sides of the debate
On the one side of the debate, we have the argument that social media facilitates constructive, powerful and impactful digitally networked action to pursue social change, as for example seen with the Arab Spring and recently the #Metoo movement. This follows the argument that these online platforms are evolving from a tool for social interaction towards becoming an embedded part of our infrastructure and some of the primary contexts for collaborative efforts.

On the other side, we have the argument that simply enabling collaborative efforts is not enough to promote social change, as social media is argued to be “ripping apart the social fabric of how society works” (former Facebook executive Chamath Palihapitiya. The challenge is that social media is heavily criticized for disrupting the pursuit for social change by cultivating echo-chambers, destructive polarization, fake-news and filter bubbles which hinder constructive online deliberation. This critique is further substantiated by critics arguing that social media cultivates non-committal activism (often referred to as slacktivism), which can thwart efforts to achieve social change, as ‘likes’ or ‘shares’ still can’t be eaten, and sharing or liking an image of a starving child doesn’t solve any issues by itself.

Why you shouldn’t disregard social media’s potential
The keywords here are “by itself”, because while the isolated ability for social media to cultivate social change is questioned, social media’s ability to connect millions of disparate actors and facilitate engagement in collaborative efforts cannot be denied. Social media has the innate ability to link individual contributions and facilitate large-scale collaboration that leads to a better outcome than what each individual could have achieved on his or her own as for example illustrated by how Change.org and SumOfUs.org use social media to fight social injustice and socially irresponsible corporations. Fostering polarization might very well be destructive, but it can also be constructive and facilitate social change by inspiring stronger commitment within specific groups, which might help ‘fuel’ collaborative efforts towards more substantial change.

These two sides are thus not necessarily mutually exclusive, as the coherent large-scale collaboration potentially benefit from emerging through more polarized communities that can give a ‘voice’ to otherwise squelched and ‘minor’ opinions, as seen with the #BlackLivesMatter-movement and the #Metoo-movement. The key to using social media in the pursuit for social change is therefore to harness the ability for social media to link disparate like-minded actors and facilitate coherent large-scale collaboration, as illustrated by the Occupy Wall Street-movement as well as the Tunisian uprising that sparked the Arab Spring. The ability to connect globally disparate actors based on perceived shared values and some form of collective mind-set is thus one of the primary ways that social media is changing the pursuit for social change.

Social media has become a battleground
These examples illuminate that social media has become a battleground where NGOs with global perspectives, corporations and new digital social movements all fight to shape public opinion on the pursuit for social change. The important thing to note is that we are seeing the beginning of change. Implications of business practices are becoming a matter of civic concern, as evidenced by how consumers use social media to express their concerns and continuously attempt to influence corporate behavior in the pursuit for a better world. Social media is thus at the core of pursuing social change, as consumers can circumvent the traditional ‘gate-keeping’ function of traditional media and directly interact with organizations, which to a certain extent have empowered the digitalized civil society.

The critique of social media should however not be disregarded. Echo-chambers can be highly destructive, and social networking sites can create personalized ‘bubbles’ where your exposure to information is determined by the platform, as illustrated by the recent Facebook-data leak suggesting that data was harvested and exploited in an attempt to reshape political deliberation.

However, using the strengths of social media to unite in numbers has undoubtedly created new opportunities for us as consumers to affect public opinion towards an increased emphasis on social responsibility and social change. The next question is then how these collaborative efforts lead to substantial change, potentially by influencing the behavior of organizations, which is something I will continue to investigate in my research going forwards.

Daniel Lundgaard is a PhD fellow at the CBS Governing Responsible Business Research Environment. His research is mainly focused on the impact of the digital transformation, in particular, how social media has ‘given a voice to the people’ as a way to challenge norms and dominating discourses, and thereby changed our world and influenced the relationship between business and society.

Pic by Kym Ellis via Unsplash, edited by BOS.