After #Metoo: Are We as Equal as We Would Like to Think? 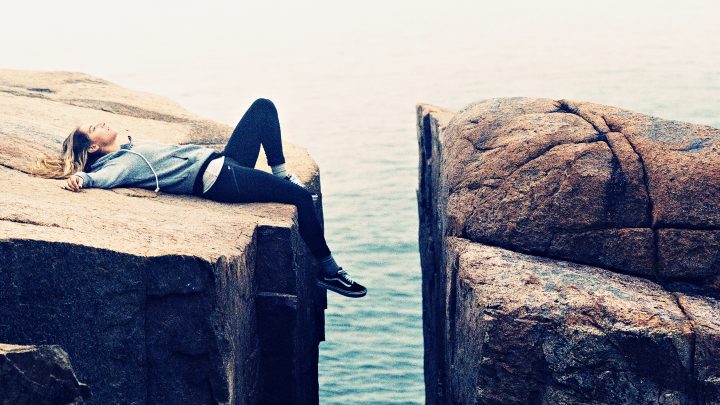 After #Metoo: Are We as Equal as We Would Like to Think?

The me too movement was founded in 2006 by Tarana Burke to help survivors of sexual violence, but it was not until after the public revelations of sexual misconduct allegations against Harvey Weinstein in October 2017 that it went viral as a hashtag and ended up demonstrating the world-wide prevalence of sexual assault and harassment, especially in the workplace.

It has been a shock to many how widespread sexual assault and harassment is – not least in a Scandinavian context, where the assumption of equality and respect long has been a foundational societal value. The massive amount of me too stories from Scandinavia – from all social classes, all occupations, all ages and ethnicities – have forced us to take another hard look at our beloved equality and ask the question ‘are men and women after all as equal as we would like to think?’.

Let’s look at some numbers…
And if we look at the numbers, we’re not… Just to take a few examples: Denmark has 6 % female CEOs in private companies, Denmark has a 16 % overall gender pay gap: 30 % among CEOs, 6,6 % among newly educated candidates, 2,6 % among our students. Around 50 % experience sexual harassment at work. Moreover, all studies point to the fact that women (and other minorities) are consistently evaluated lower than (white) men and women (and other minorities) systematically receive shorter, less-praise worthy letters of recommendation compared to (white) men.

What’s in a fight?
This means that we are not as equal as we would like to think. Some bodies fit the business world; some have to fight their way up and deal with a lot of resistance on the way. The difference here lies in the fight. Those women who make it to the top, are those who don’t give up. They are those who can take it, who have the power (or patience) to deal with or fight off the sexism and sexual harassment they are faced with on the way, every day.

Other bodies who fit the context of the business world, don’t have to fight. They just fit in. We might therefore on paper have equal opportunities, but some bodies meet resistance, some fit and do not meet resistance. As Sarah Ahmed argues in an essay about ‘Phenomenology of Whiteness’, if whiteness is our starting point – the default – then the black body is out of place. A black body is a black body; a white body is just a body. Similarly, the female body is out of place, not at home, not natural in a top management context. A female leader is a therefore always already a female leader; a male leader is just a leader. A female leader cannot escape her body.

The privilege of invisibility
This links to the privilege of invisibility, the privilege of ‘fitting’ the context, fitting the room. Karen Ashcraft refers to this as the glass slipper. Certain bodies fit certain occupations, whereas other bodies need to adapt and adjust and never really fit, always stand out. This is both the female top-manager and the male kindergarten teacher; the female fire-fighter or the male stay at home dad. The problem here, is not necessarily ‘not fitting the room’. Rather, the problem is the harassment, which is normalized against the ones not fitting the room. This is what the wide impact of the me too campaign has shown: The normalization and naturalisation of sexism against women at the workplace – from demeaning comments to actual sexual assault – which holds women back, keeps men in a positions of power; makes it necessary for women to fight for their right to a career, stick it out, deal with all the crap. It is a normalization of harassment and bullying of various kinds targeted the bodies that don’t fit in. And as Jaqueline Rose points out in a recent article in London Review of books, although sexism and harassment is often excused by being just for fun or a singular slip, it is ‘’never innocent, or a mere trifle, playful, or a ‘joke’‘.

The aggregation of micro aggressions
We therefore need to call out the sexism that sieves through every layer of our society and is weaved into our workplace cultures. Sexism is naturalized to a degree that many even feel entitled to it. Like the other day when one of us was presenting a diversity and inclusion plan to increase the number of female professors at our university, where a male participant in full honestly claimed that the low number of female professors was ‘natural’ as ‘it is scientifically proven that men are more intelligent than women’. Nobody said anything, nobody called out the injustice of such a remark, it was seen as his right to say this. The problem here is that nobody realises that micro aggressions like this – or remarks and behaviour which are even worse – are repeated every single day. And where they in and of themselves possibly can be seen as innocent and as jokes or as a remark from one radical person, together they construct the foundation of our work culture and in this way aggregated create systematic discrimination. The below quote from the everyday sexism project powerfully shows how everyday micro aggressions function in bulks:

It is about time we wake up and realize that gender imbalance at management and board level, is not just because women rather want to stay at home or are less ambitious or don’t have what it takes. We have a problem with systematic discrimination in the form of every day micro aggressions – covering everything from demeaning comments to sexual harassment. And it is not a sustainable development. We do not use all the talent we have at hand when we systematically discourage parts of the population. Times up!

Sara Louise Muhr is Associate Professor at Copenhagen Business School. Her research focuses on critical perspectives on managerial identity, diversity, and HRM, and has appeared in journals such as Organization Studies, Organization; Gender, Work and Organization, Journal of Business Ethics, Culture & Organization and Scandinavian Journal of Management.