Trump, Anti-Intellectualism and the New Role for Business 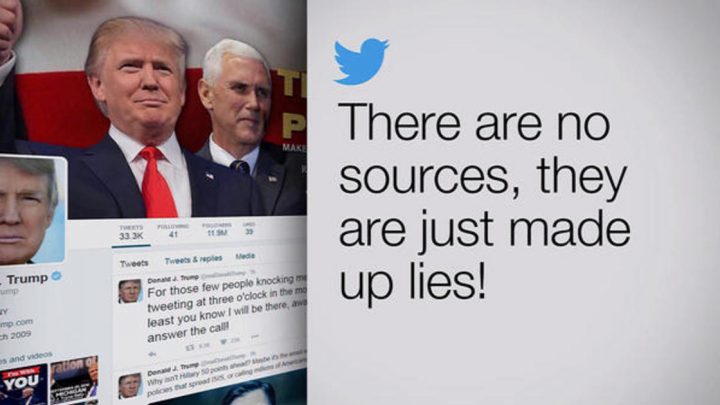 For anyone who pays even vague attention to the news it is clear that this year’s U.S. election is not only continuous, but perhaps exemplifies the growing divide between truth (facts) and lies (fabrications).  Politicians have a long track record of twisting and distorting facts to support their position, but Donald Trump has taken this to a new level.  In just the past week he blatantly misrepresented academic findings about voter fraud, continued to promote a debunked rumor about $6 billion in missing funds from the State Department under Clinton, and has sworn to question the results of the election if he doesn’t win.  Herein we see a dangerous disregard (at best) or rejection (at worst) of the truth.

Notions of Trust are Changing

Trump may indeed personify the growing divide between who and what information is trusted by the general public.  Every year the PR firm Edelman publishes their annual Trust Barometer, a worldwide study which, among other things, tracks the credibility and influence of various categories of “spokespeople” (such as CEOs, NGO reps, and the like).  Some of the related findings include:

What do these trends mean for business?

With fact-fighting figures like Trump looming over the world of politics, it is not surprising that trust in government is low.  What may be somewhat surprising, however, is the ever-growing expectation for business to take on a role in tackling societal issues.

Business thus far has risen to the occasion in a variety of ways, be it philanthropic donations to communities, like Target’s 5% give-back commitment; cause-brand alliances, like the NFL’s longstanding partnership to promote breast cancer awareness; partnerships with nonprofits to enhance the sustainability of business practices, like IKEA’s work with the WWF to better manage environmental resources; a self-regulatory role by adopting voluntary standards, like certifying timber products with the Forest Stewardship Council; or any other number of efforts.  Indeed, we have entered a new era for business.

Edelman’s Trust Barometer results and several academic studies also point to instrumental benefits for business who engage in societal issues.  Employees at companies engaged in societal issues report much higher levels of motivation, commitment and confidence in the company, and have lower turnover.  When supply chains are closely managed, reputational and operational risks go down, like the ones we saw with the horrific 2013 garment factory collapse in Bangladesh.  And, if that’s not enough, research has shown that socially responsible companies perform better financially in competitive markets than do irresponsible ones.

Trust is shifting and expectations of business are changing as the public’s confidence in governments and politics dwindles.  The time is ripe for business to step up to the plate to take a swing at their new role.  In addition to societal benefits, business can expect to see positive impacts to its performance, too.

Erin Leitheiser is a PhD Fellow in Corporate Social Responsibility and Sustainability at Copenhagen Business School.  Her research interests revolve around the changing role and expectations of business in society.  Prior to pursuing her PhD she worked as a CSR manager in a U.S. Fortune-50 company, as well as a public policy consultant with a focus on convening and facilitating of multi-stakeholder initiatives.  She is supported by the Velux Foundation and is on Twitter.