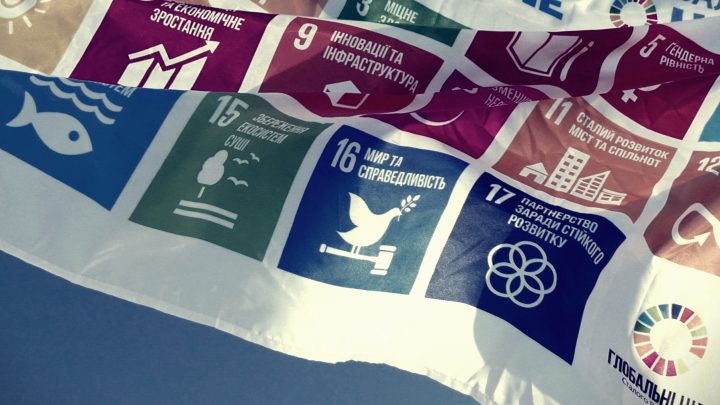 The MDGs: An exercise in top-down development planning
Almost twenty years ago, a small group of white men sat together and dreamed up the Millennium Development Goals (MDGs). Soon after, the United Nations (UN) deployed them as carrot and stick to halve extreme poverty and hunger, reduce infant mortality, and put all girls and boys into primary education, all by 2015. There was real confidence that the MDGs’ top-down programming would eventually reach the farthest and most destitute corners of the globe, and that national as well as global resources would finally be spent on well-coordinated and effective projects. Listening to UN technocrats pontificate about the MDGs’ indispensability, one could have almost believed that old-fashioned development planning had finally been put on the right tracks. By the end of the exercise, thousands of new jobs in the international development industry had been created, yet most of the goals had been missed. The MDGs had begotten a hyperactive global network of goodwill ambassadors, faithful implementers and intrepid evaluators staff while billions in the global South continued to suffer.

The SDGs: Consultations as the end of procedural elitism?
The Sustainable Development Goals (SDGs) were supposed to end the MDGs’ dual legacy of procedural elitism and edentulism. Framed by the UN as the world’s foremost post-2015 development agenda, the new goals were designed to be more comprehensive in both scope and impact. Crucially, the UN also launched considerable efforts to incorporate voices from outside of the UN system. Thematic consultations took place around eleven areas selected by the UN Development Group (UNDG). They were complemented by web consultations, national consultations in 88 countries, and global high-level meetings. In addition, the UN created two websites to allow for direct consultation by inviting users to submit proposals and vote for challenges they considered most pressing. Moreover, a UN-sponsored civil society organization (CSO), ‘Beyond 2015’, brought together another 1,000 CSOs participating in national consultations.

Global democratic policy making – high aspirations, sobering facts
Undeniably, these efforts marked a clear departure from the MDGs’ backroom fecundation. But have they been sufficient to justify senior UN staffers’ praise of the SDGs as an exercise in global democratic policy making? Broad consultation alone does not alter the power structures undergirding the political economy of aid. Instead, it creates a thin layer of legitimacy that fades away as soon as accountability in invoked. The process leading up to the SDGs was rooted in an assumption that a goal-based framework was the only viable option; alternatives to such goals were never considered publicly. Countries were selected by UNDG and UN Resident Coordinators, and the breadth and depth of national consultations varied starkly. And although UNDG’s final report listed crowd-sourced issue rankings, it did not provide any rationale for excluding issues from subsequent high-level negotiations.

Closed doors, revisited
In the end, UN members states finalized the agenda behind closed doors. CSOs were once again relegated to serving as commentators and claqueurs. When push came to shove, the UN leadership thus followed its half-century-old practice of elitist international governance. Even though the UN leadership has been relentless in praising the virtues of accountability for post-2015 development cooperation, it has so far shied away from institutionalizing accountability in a way that would really make a difference: between the UN system and its powerful national agenda setters on one side, and CSOs, taxpayers, and intended beneficiaries on the other. If the SDGs demonstrate anything, it is that the UN remain unlikely to usher genuine global democratic governance into being.

Daniel E. Esser is Associate Professor of International Development at American University’s School of International Service in Washington, DC. His research on local governance amid violence, organizational management, and global health politics is widely cited. A former staff member of the United Nations in New York and Bangkok, he follows the organization’s continuous struggle to make a difference in the world from a safe academic distance. He can be reached at esser@american.edu.