How the Fringe is Becoming Mainstream. Or is it the Other Way Around? 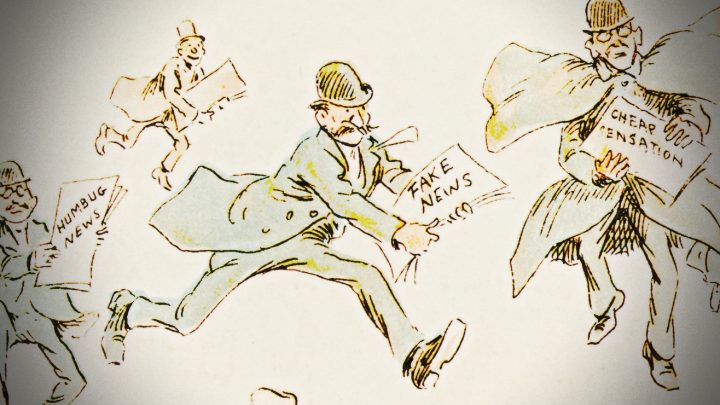 How the fringe is becoming mainstream. Or is it the other way around?

These are indeed interesting times! as one of my good colleagues recently exclaimed over a cup of coffee. Disinformation and conspiracy theories all over the place. Obama now accused of being the founding father of ISIS. Can you believe it? Politics is definitely going berserk.

Needless to say, I happened to be in complete agreement with my colleague’s diagnosis. And of course, just as confused. A few days later two fresh pieces of research arrived on my desk, helping me to make some sense of the mess. What is disinformation today? What’s its role in the new media ecology? And what are the social and political dynamics behind and implications of all this?

Media Manipulation and Disinformation Online by Alice Marwick and Rebecca Lewis from the Data & Society Research Institute investigates the spread of radical rightwing beliefs in the US. The study shows how various subcultures take advantage of the Internet to manipulate mainstream media and propagate their ideas. Michael Barkun’s Conspiracy Theory as Stigmatized Knowledge, recently published in the journal Diogenes, explores the migration of conspiracy theory from the fringe to the mainstream. Both texts provide fresh food for thought on issues that are becoming more and more important every day.

Manipulation and disinformation online
Media Manipulation and Disinformation Online is written in the spirit of “if you wish to fight disinformation, you need to know where it comes from and how it spreads.” It explores the complicated and intersecting networks of online subcultures in the US, including how white nationalists, men’s rights advocates, anti-feminists, trolls, techno-libertarians, anti-migration activists, anti-Semitists, and bored young people, amongst many others, disseminate their ideas via sophisticated techniques and countless interlinked platforms. More than anything, it demonstrates how vulnerable the Internet and mass media are to manipulation.

But at a time when the most valued content seems to be that which is most likely to attract attention – this is what the authors aptly term the “attention economy” – it may be of some consolation that mediated disinformation is actually no novelty. State sponsored disinformation if not propaganda via mass media was commonplace in modern Western democracies during the Cold War, years before the advent of the Internet. In the pre-digital age, corporate marketing campaigns and branding efforts often proved to have a relatively tensed relationship to common standards of truth, just as they do today. Sweeping claims that we have come to live in a “post-truth” society, in part due to the Internet and social media, should be taken with a big grant of salt. Things happen to be considerably more complex.

Conspiracy theory, offline
But much has of course changed, and there is a real issue today with regard to the ways in which knowledge production and circulation is authorized and validated. Especially intriguing in Alice Marwick and Rebecca Lewis’ Media Manipulation and Disinformation Online is the observation that Internet platforms have become fertile ground for the growth and spread of conspiracy theories, including that mass media “has greatly profited off the appeal of conspiracies despite their potential for harm” (p. 19).

But what are conspiracy theories? How do they thrive in the new media environment and its associated attention economy? In Conspiracy Theories as Stigmatized Knowledge, Michael Barkun describes conspiracies as intellectual constructs, which are different from actual conspiracies: covert plots, carried out by two or more people. Actual conspiracies we find since the dawn of time. In modern times, the Watergate Affair is still the case par excellence. But all countries have had their conspiracies. High politics aside, innocent but also potentially dangerous conspiracies are natural ingredients of social life in the workplace and neighborhood.

Research on conspiracy theory has a long pedigree. It bears a lot of relevance to contemporary scholarship on transparency, secrecy and suspicion, given the fact that much of this work is concerned with invisibilities, the production of truth and the always troublesome process of holding accountable the powers that be. Research on conspiracy theories is also interesting in the context of what some writers have called the “deep state theory”, according to which networks of people within the bureaucracy are said to be able to exercise a hidden will on their own.

Inspirational detours aside, a good starting point for understanding the place of conspiracy theories in today’s rapidly evolving media ecology is the fact that conspiracy theorists typically claim to have special knowledge and to speak the truth. But their claims are at odds with some official or dominant version of truth. Barkun conceptualizes conspiracy theories as stigmatized knowledge. Ignored or rejected by those institutions that, in most democracies, commonly relied on the respect to the validation and certification of claims to knowledge – government agencies, universities and the traditional mass media – stigmatized knowledge exhibits a deep skepticism towards such institutions. These are considered power centers, each with their own secrets and deceptions, which the conspiracy theorist seeks to unmask.

Conspiracy theory, online
Until recently, conspiracy theory was a fringe phenomenon and in effect largely excluded from mainstream media. There was a relatively clear boundary between what was considered fringe and mainstream in the public sphere. Gatekeepers employed by research and educational institutions, including the editors of major media, maintained and nurtured the boundary.

This situation begins to change in the 1990s. Digitization enables people, including politicians, to create individual platforms and to communicate, bypassing established media and institutions. The public sphere, if ever unitary, transforms into a globalized hydra-faced machinery with multiple access points and dark zones. Content is no longer filtered the way it was and “fringe ideas” can more easily migrate into mainstream media subject to the ruthless forces of market competition.A proliferating public mistrust of political authority – resulting from economic and financial crises, governmental secrecy and endless cases of corruption that feed public skepticism – also prompts mainstream institutions and their gatekeepers to consider non-orthodox accounts of reality more seriously.

To cut a long story short: If conspiracy theories have always been imbricated in power relations and yet to a large extent been successfully ignored, the once clear boundary between the fringe and the mainstream has eroded. And with stigmatized knowledge entering mainstream media, a process of de-stigmatization begins to take place. Established media and political institutions begin to confer pseudo legitimacy on conspiracy theories. For example, the so-called Obama “birther” story, vividly promoted by the current president of the US, gained prominence because national media first exposed it and the White House later produced birth documents in response to pressures, all of which gave credibility to what in the beginning had been nothing more than a rumor emerging from the fringe.

Today, we know that even a modest blueprinting of conspiracy theories through established mass media can co-develop with political change that brings groups of people into formal political power that were once on the fringe producing stigmatized knowledge en masse. But now mostly mainstream. Elite or not.

What’s next for me? A damn fine cup of coffee with my good colleague, quickly, please…

Pic by The Public Domain Review, edited by BOS.