The Decline of Neoliberalism – Implications for CSR? 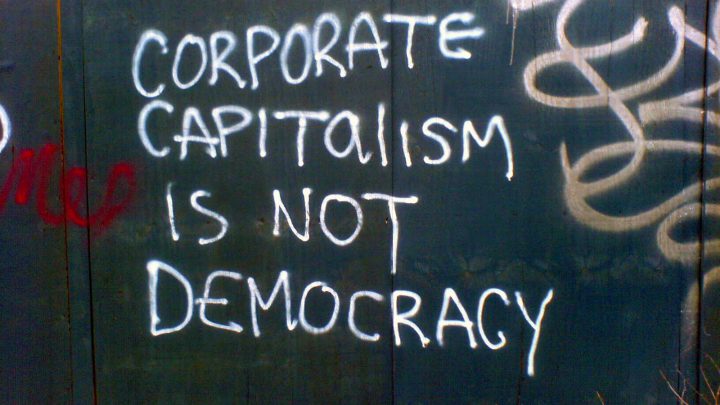 “May you live in interesting times” – so the apocryphal English-language expression goes that people often refer to as ‘the Chinese curse’. Times are certainly interesting. Taken for granted notions of what is up and down and left and right in politics are, if not turned on their head then knocked about in confusing and sometimes frightening ways.

The strange (non-)death of neoliberalism … again?

One of the interesting developments in world politics right now is the crisis of neoliberalism as ideology. A development that some will indeed see as a curse, others as a blessing. It is not the first time that neoliberalism has been declared dead or seen to be in its death throes. Many obituaries of finance capitalism and global free trade were written in the wake of the financial crisis. Nevertheless, neoliberalism has shown itself to be remarkably resilient and has continued – in spite of public criticism – to be a dominant force in public policy around the world. Colin Crouch has referred to this recurring trajectory as ‘the strange non-death of neoliberalism”.

However, Brexit (and the election of Jeremy Corbyn as head of Labour) and the movements surrounding Bernie Sanders and Donald Trump in the United States are each in their own way symptomatic of a turning of the political tide against hyper-globalization and free market capitalism. The benefits of free trade – of goods, services and capital – and outsourcing of labor to low-cost destinations are now being challenged across the political spectrum. Even the Republic candidate for the presidency is questioning, supposedly (who knows with Trump), fundamental tenets of economic liberalism. The crisis of neoliberalism is both an intellectual and a popular one. Leading economists like Joseph Stiglitz, Paul Krugman, Jeffrey Sachs and Thomas Piketty are among its vocal adversaries, and a public/populist movement is revolting against the crises and rising inequality that are associated with it. Even top economist from the IMF have recently acknowledged that neoliberalism has been “oversold”.

CSR as an embodiment of neoliberal ideology?

These developments, seen in isolation, would seem to pave the way for a political climate  more attuned to the wants and needs of working people and to social values and democratic inclusion (as opposed to solutions based on the supposed workings of the sacrosanct market mechanism). How does it relate to CSR, then? What is the relationship between CSR and neoliberalism?

Arguably, the CSR literature has suffered from a lack of political-ideological self-reflection (and -criticism). Ideological reflection is often left to scholars and others who position themselves as outsiders to the field. As a result, rough and sweeping generalizations tend to prevail. As when critical sociologists and political science scholars suggest that CSR is simply an embodiment or reflection of neoliberalism (because it supports voluntary corporate self-regulation as opposed to government regulation etc.). Critical scholarship of the CMS (critical management studies) variety tend to strongly emphasize the hegemony of neoliberal capitalism as an all-pervasive and suppressive ideology and to stereotype/debunk the CSR literature as a supporter of this ideology.

It is ultimately misleading, though, to think of the CSR literature in total as a reflection of a neoliberal mindset and of CSR promoters as suffering from false consciousness if they fail to realize this. A more nuanced and less stereotypical view of CSR allows us to distinguish between different forms of liberal thinking in CSR and to single out those instrumental streams of thought that more accurately deserves the label ‘neoliberal’. Here, pride of place goes to the strategic CSR/creating shared value approach promoted by Michael Porter & Mark Kramer in their series of influential Harvard Business Review papers. Porter & Kramer effectively subject all social action to the tribunal of cost-benefit analysis and economic value creation. Their approach is supposed to ensure that it is economic rationality and economic measures of worth, and not personal values or fleeting ethical, social or environmental sentiments (as promoted by more or less knowledgeable and qualified stakeholders), that hold sway over proceedings. In their view, shared value represents an internally driven and innovative way for businesses to address social problems and needs in ways that are also beneficial for themselves.

However, a new paper on shared value by Mark Kramer and Marc Pfitzer suggests a softening of the neoliberal rhetoric and an opening toward a more inclusive and democratic approach to responsibility. The core concept here is ‘collective impact’ and the case is made for companies to engage in trust-building and mutually reinforcing partnerships with NGOs, governments and competing businesses as this will provide the strongest basis for dealing effectively with social problems and create shared value. The authors even concede that companies cannot be the backbone of such projects as they are not neutral players; instead, a separate and independently funded staff is called for. Indeed, collective impact calls for a new brand of leadership, ‘system leadership’ that involves multiple individuals from different constituencies leading together.

The new paper has already been accused of intellectual piracy on social media, and it certainly does not excel in terms of originality. Its significance rather lies in its ceding of ground to democratic adversaries in the CSR debate. The paper may be read as a reflection of the diminished self-confidence of purely neoliberal thinking about business and society. Whether or how this ceding of ground will make a real difference in the real world of business remains to be seen. At this time, we can see that a concept (shared value) that is rooted in neoclassical economics and has otherwise been associated with a clear corporate bias is now being presented as a collective, democratic endeavor. It is certainly interesting.

Steen Vallentin is Director of the CBS Centre for Corporate Social Responsibility (cbsCSR) and Associate Professor in the Department of Management, Politics and Philosophy at Copenhagen Business School.

Pic by bNation of Change