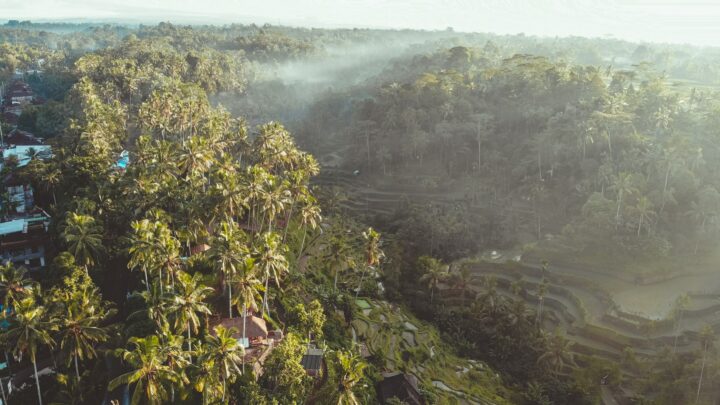 Photo by Carles Rabada on Unsplash

In recent years, companies dealing in global commodities – such as palm oil, soy and timber – have faced increasing criticism for failing to meet zero deforestation targets in their supply chains. In response to these concerns, the use of innovative technological solutions, such as satellite monitoring systems to monitor deforestation in supply chains, are becoming increasingly commonplace.

Companies such as Global Forest Watch, Satelligence and MapHubs provide such platforms, though many large companies also choose to create their own monitoring systems in-house. It is in the palm oil sector that adoption of satellite monitoring has (so far) been most widespread. The palm oil sector is commonly characterised as being ‘hourglass’ in shape, with hundreds of thousands of growers/producers, mostly in Indonesia and Malaysia, being connected to hundreds of thousands of end users all around the world by a handful of powerful traders and refiners. Previously, single companies aiming to monitor their supply chains for deforestation risk would thus be faced with the impossible task of keeping track of (potentially) thousands of suppliers simultaneously.

In principle, satellite technology platforms signify a ground-breaking shift in possibilities for those concerned with monitoring deforestation risk.

By making it possible to map out suppliers’ concessions and monitor in ‘near real-time’ for deforestation events, consumer goods manufacturers and palm oil traders are able to cheaply and accurately ensure suppliers’ compliance with their commitments to zero deforestation, punishing non-compliant suppliers, encouraging and incentivising good environmental practice (Global Forest Watch, 2020). The clear promise such technology brings has led to their rapid uptake by the majority of the world’s largest palm oil traders and refiners, as well as many influential consumer goods manufacturers and non-governmental organisations. The hope of companies and non-governmental organisations is that such technological initiatives will play an important role in supporting zero deforestation efforts. As such, many of these actors are investing significant capital to increase their monitoring capabilities, and are highly vocal about doing so, speaking of the positive environmental impacts they claim will flow from their use.

Through a series of in-depth interviews, it quickly became clear that despite the far-reaching functions these actors claim satellite monitoring can serve, its impact on the palm oil sector thus far has been far more limited in scope (both in terms of impact on supply chain relations and environmental outcomes) than the PR teams of the world’s palm oil giants seem to suggest.

Despite some positive developments in the realm of certified palm oil, the widespread adoption of satellite monitoring schemes across the palm oil sector has thus far failed to significantly reduce the rates of tropical deforestation associated with the industry.

Although satellites provide timely data on exactly where and when deforestation is occurring, traders and refiners have thus far been largely unable to use the data to influence the behaviour of offending firms. There are numerous reasons why this is the case.

Knowing where deforestation is occurring does not necessarily tell you who is responsible. In many instances, palm oil traders simply do not know who their third-tier suppliers are – if the alerts provided by remote sensing data cannot be combined with full knowledge of a firm’s supply chain (‘traceability to plantation’), they will often be unable to act on them. Achieving 100% traceability to plantation is a task all of the major traders are currently engaged in, yet it is a long and difficult process – as previously mentioned, the structure of the palm oil sector is complex, with numerous tiers of suppliers separating those engaging in monitoring from those being monitored.

In addition, the difficulty of the task is further exacerbated by inaccurate data on land ownership, competing claims, and unofficial occupation. Until these systemic issues are addressed, the situation regarding monitoring will remain much as it is today – satellite monitoring systems will continue to provide accurate alerts, but in the vast majority of cases (approximately 90%, according to interviewee from palm oil trader) traders will be unable to attribute it with certainty to actors from their supply chain, and thus will not be able to meaningfully respond.

In instances where technology users are able attribute a deforestation alert to an actor from within their supply chain, firms often lack the leverage to change suppliers’ behaviour and ensure compliance with their sustainability standards. Buyers have two options: negotiate with producers or blacklist them.

Given that buyers are unwilling to pay a premium for deforestation-free products (Delabre et al, 2020), providing incentives for non-compliant suppliers to stop harmful behaviours is challenging – expecting growers to bear all the costs associated with non-expansion without any reward is not a sustainable system. Furthermore, the threat of being blacklisted from a company’s supply base is also unlikely to have the desired impact; suppliers will likely have no trouble finding other buyers, in markets where sustainability credentials are generally seen as less of a priority (Schleifer & Sun, 2018).

In this context, it is clear that thus far, satellite monitoring has not been capable of producing the far-reaching effects, which may have been desired.

Despite this, satellite monitoring has certainly contributed to several interesting developments in the palm oil sector. For example, interviewees emphasised the positive impacts of environmental non-governmental organisations armed with satellite monitoring technologies, acting as unofficial but powerful ‘watchdogs’, ‘naming and shaming’ consumer brands and traders associated with deforestation events.

It seems the ever-present risk of exposure (and subsequent brand damage) posed by non-governmental organisations’ use of satellite monitoring is a significant driver of new norms and practices within the industry.

These norms emphasise that it is necessary for powerful actors, such as traders and consumer goods manufacturers to be proactive in effectively addressing deforestation, both within and outside their supply chains. Interviewees also emphasised increasing levels of dialogue/cooperation across actor types, through for example, the creation of focus groups made up of producers, traders, local governments and community leaders, for the purpose of discussing the data provided by satellite monitoring, and working together to create solutions. In light of the ever-increasing levels of transparency that satellite monitoring brings, such institutions seem an inevitable and positive consequence of implementation.

However, given the severity of the contextual constraints hindering the industry’s sustainability, it is unlikely that such noble intentions (or even significant capital investments) will be capable of truly addressing the problem.

Satellite monitoring technology has dramatically expanded the realms of possibility for forest governance, yet its implementation in the palm oil sector remains hindered by the structures, institutions and political and legal realities of palm oil production, and producing countries more broadly, dramatically reducing its ability to create positive change. Whilst they are clearly useful tools for environmentally conscious actors aiming to reduce their deforestation risks, they are only one small piece in a very complex puzzle. The problem of tropical deforestation caused by palm oil expansion is at once an economic, political, social and historical problem. As such, ‘technological fixes’ or the actions of individual firms (or even groups of firms) are themselves unlikely to lead to significant environmental improvements. In order to address such a vast problem, the underlying context must shift. Nothing less than large-scale international public and private sector cooperation is required.

Isaac Caiger-Smith is a Junior Research Associate and undergraduate at the University of Sussex, studying philosophy politics and economics. His current research project focuses on the use of satellite monitoring technologies for addressing deforestation risks.

Izabela Delabre is a Research Fellow at the University of Sussex, examining sustainable forest governance, sustainable production and consumption of food, and sustainability transformations. Izabela worked for the Business and Biodiversity Conservation Programme at the Zoological Society of London (ZSL) managing ZSL’s global oil palm work. Her PhD (Human Geography) examined the political ecology of participatory impact assessment practices in the context of the Roundtable on Sustainable Palm Oil (RSPO) in Indonesia and Malaysia.

Kristjan Jespersen is an Associate Professor at the Copenhagen Business School. He studies the growing development and management of Ecosystem Services in developing countries. Within the field, Kristjan focuses his attention on the institutional legitimacy of such initiatives and the overall compensation tools used to ensure compliance.

Photo by Carles Rabada on Unsplash