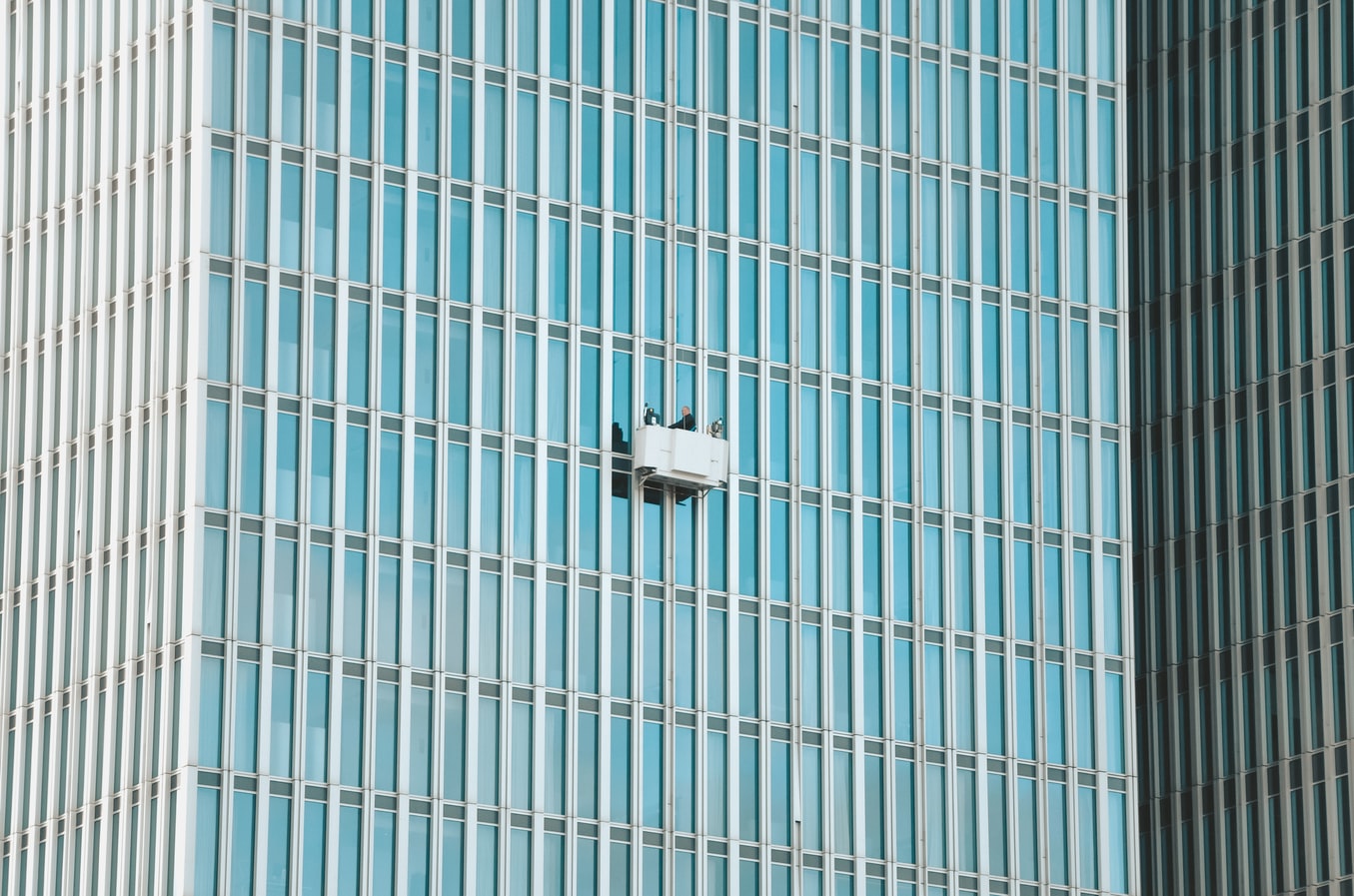 By Janine Leschke and Sonja Bekker

The employment and social impacts of the Covid-19 pandemic have been larger on some groups of workers than others. In particular, low-wage workers and workers in forms of employment that differ from full-time wage and salary work with a permanent contract seem to have been especially exposed to job and income losses (see ILO-OECD Covid-19 report). The concept of fragmented labour markets, which we propose here, highlights the large and growing diversity in employment relationships. It demonstrates the relevance of relating the impact of the crisis on jobs, income and social security to the degree of ‘resilience’ workers had prior to the crisis in terms of job stability and decent earnings. It is therefore very suitable for detecting vulnerabilities that have been built into labour markets over the past decades.

The concept of fragmented labour markets focuses on the group of workers commonly termed ‘outsiders’ or the population in non-standard (also termed atypical) employment. It goes beyond traditional views on segmented, dual or primary versus secondary labour markets, which divide employment into ‘good’ and ‘bad’ jobs. There are a number of arguments as to why the use of binary divisions with regard to labour market status or outcomes are obsolete, such as the substantial variety within both the groups of standard and non-standard jobs.

Over the past decades, a further fragmentation of employment status has occurred. Some speak of an ‘explosion’ of diverse types of non-standard employment relationships, making these types of jobs an often occurring or even ‘normal’ phenomenon at least for some labour market groups, such as women. Consequently, within the group of ‘outsiders’, an ever greater variety of forms of employment is materialising, making the groups themselves far from homogeneous.

Call for a new approach

The inadequate binary division of the labour market into groups of ‘insiders’ and ‘outsiders’ has spurred a call for a new multidimensional approach to understanding inequalities in work and employment. These suggestions go beyond merely defining non-standard work as all forms of work that deviate from the standard employment relationship.

Based on the trends and observations highlighted above, we develop the concept of fragmented labour markets as a way to both define and explore the most vulnerable types of non-standard employment. We build on the work of authors who point at key elements of such a definition, including the different labour market groups that have different sets of rights and labour conditions, and refer to different employment statuses such as part-time work, fixed-term contracts, temporary agency work, self-employment, marginal employment, platform work and other ‘non-standard’ forms of employment.

Additionally, we look at the earnings that workers (can) generate with their jobs, and whether they combine several employment statuses (e.g. being part-time as well as fixed-term employed). Moreover, we zoom in on certain occupational groups. The latter focus is relevant in order to prevent certain vulnerable groups remaining ‘hidden’ in overall labour market averages (see, e.g., the example of the occupational groups of cleaners below).

We argue that using the concept of labour market fragmentation may render visible which labour market groups are generally more insecure and vulnerable to job and/or income loss and fluctuations and would therefore need additional support particularly when crises occur.

Exploring selected occupational groups in Germany and the Netherlands

Using this concept exploratory with a focus on two affluent countries – Germany and the Netherlands – highlights vulnerability in some occupations, particularly among women, but at times also among men.

For instance, almost 70% of female personal care employees in Germany are part-time employed and 18% of those combine part-time employment with a fixed-term employment contract (see EU-LFS). In the Netherlands, 43% of women in the occupational group of cleaners and helpers & service employees are marginal employed (less than 15 working hours per week) and 27% of those combine marginal part-time employment with fixed-term employment. Both occupations, and particularly cleaning are at the same time characterised by low wages (see SES). These groups would have been ‘invisible’ if only data on the average economy had been used.

Additionally, the use of the concept of labour market fragmentation shows that in some occupations and groups, there are hardly any standard jobs left.

For instance, among women in the Dutch personal care and cleaners and helpers occupations, nearly everyone has a part time job (>90%), while in Germany the vast majority of women with a cleaning and helpers occupation has a part time job (>85%). At the same time these jobs are commonly relatively poorly paid and it is not uncommon that these part-time jobs are combined with other flexible forms of employment to make ends meet.

This not only has consequences for employment and earnings security while being in a job but also has important knock-on consequences for accessibility to and adequacy of social security, which is affected to a large degree by the level of earnings and job tenure (with the exception of social minimum benefits).

The concept of fragmentation thereby transcends labour markets and its value becomes particularly evident in times of crisis. As a result of the pandemic, low-wage workers and workers in diverse forms of non-standard employment relationships have been especially exposed to job and income losses. Moreover, in times of economic downturns, new jobs will often be more likely to be non-standard contracts than in times of economic upturns.

Both in Germany and the Netherlands, social security coverage has been problematic for some of these groups during the coronavirus crisis.

The concept of fragmentation thus assists in achieving a more profound understanding of what growing flexibility in labour markets really entails in terms of cumulative insecurities for some labour market groups. It helps fuel discussion on making social security more inclusive for workers, regardless of their labour market position. Last but not least, with respect to occupations where up to 90% of (female) workers are in non-standard employment, often combined with other forms of non-standard employment and/or low wages, it helps raise questions as to how much labour market fragmentation affluent societies can legitimise.

Janine Leschke, political scientist, is prof MSO in comparative labour market analysis. Her research interests comprise issues such atypical work, job quality, labour mobility and migration, youth unemployment, as well as gender. She is currently the Danish lead partner in the Horizon 2020 project HECAT, participant in EuSocialCit and one of the editors of Journal of European Social Policy.

Sonja Bekker is an associate professor European Social Policy at both Utrecht University and Tilburg University. Her research interests include European employment policies and social policies, particularly focused on vulnerable groups such as people with flexible employment relations, youth, people experiencing in-work poverty. She is part of the Horizon 2020 WorkYP project.

Photo by Danny Sunderman on Unsplash

In recent years, through experience and discussions in various projects and workshops dealing with urban development, this key question keeps returning:

How to best promote citizen engagement?

While citizen engagement is a large topic within urban development, so are entrepreneurship and grassroots movements. How do we perceive these various terms? In which ways do these forms of organization converge, where do they diverge?  More importantly, could we change the civic engagement rates if this work would be perceived as steps towards further opportunity (gaining) instead of ‘volunteer work’ (giving)?

A known challenge within citizen engagement deals with age groups. It is not difficult to engage young children (up to 12 years old) and older citizens to take part in local actions, however it becomes a struggle to engage youth and young adults as they see little return in value as results tend to be intangible or unclear.  Within this group, perception plays a big role in how ideas are sold (and consumed), so it might be time to possibly bring the concepts of civic engagement and entrepreneurship closer together.  But where do we start?

A first point to consider is how these key concepts might be popularly understood. When mentioning citizen engagement, images of volunteers coming together to discuss, collaborate, work and vote on ideas come to mind. When talking about entrepreneurship, notions of highly driven visionaries or million dollar companies emerge.

Citizen engagement and entrepreneurship are rarely seen as equals. However, in both cases you find similarities. It is not uncommon for both groups to engage in a large amount of unpaid labour, long days, hard work and convincing people to join you and (most probably) gathering funds to execute whatever dream you may have.

In these settings, co-creation has received a deserved attention as a method, and it has proven to be a valuable tool as it allows for diverse stakeholders to come together to develop and carry out ideas, creating shared agency. However, before that first co-creation session lies the true challenge in both user engagement and entrepreneurship: Creating momentum before the momentum, to make one person (or a few) motivated ‘out of thin air’.

Therefore, a second point to consider is the top-down setup of projects, inviting citizens to engage with a specific topic or local pre-defined issue. Although project results might impact locals’ everyday, the personal gain might be too dissolved into the hours spent, thus people refraining from engaging.

In order to challenge the current top-down scenario, the perception and format of these activities could be transformed to facilitating processes to let locals themselves suggest and carry the types of projects that interest them, seeing a clearer link to ‘what’s in it for me’. For unpaid efforts, the pay-off has to be visible and tangible.

Furthermore, associations, municipalities and other public institutions need to create means to replicate successful bottom-up initiatives. Some of these initiatives could then be linked to local businesses and related opportunities.

From a service design perspective, a way to bring this information into people’s households could be to use the existing information channels popular amongst the local community to allow for an initial knowledge entry point. For instance, as citizens receive a public waste sorting information sheet, one could attach a ‘waste project opportunity’ sheet. This initial touchpoint could be a it’s your turn blueprint, a step-by-step guide showing what to do to bring your ideas out into the world. So, a project idea invitation presented as an opportunity at your fingertips.  The ‘hot themes’ in the current market should be highlighted while also offering inspirational examples. Programmes to support these initiatives should be in place, facilitating the citizen engagement startup process as a possible social ladder. Such a setup could transform current structures, making cities and citizens, not venture capitalists, the true cradle for entrepreneurship.

This blog was inspired by a recent participation in a workshop focusing on urban development, discussing visions for green and social meeting places in urban residential areas. During the discussion, a number of key questions were raised concerning how to best promote citizen engagement.  The workshop was organized by Copenhagen University and VIVAPLAN, with presentations from VIVAPLAN, Urbanplanen Partnerskab, C40, KAB and Copenhagen Municipality. The visions discussed during the workshop are to feed into policy recommendations for sustainable and inclusive developments in Denmark and Sweden.

S. Sarkar, “Grassroots entrepreneurs and social change at the bottom of the pyramid: the role of bricolage,” Entrep. Reg. Dev.

Isabel Fróes is a postdoc at MSC Department at Copenhagen Business School working in three EU projects (Cities-4-People, iPRODUCE and BECOOP). Isabel also has wide industry experience and has worked both as a user researcher and service design consultant for various companies in Denmark and internationally. For more detail please see her Linkedin profile.

Photo by Toa Heftiba on Unsplash