Should We Boycott the FIFA World Cup in Qatar? 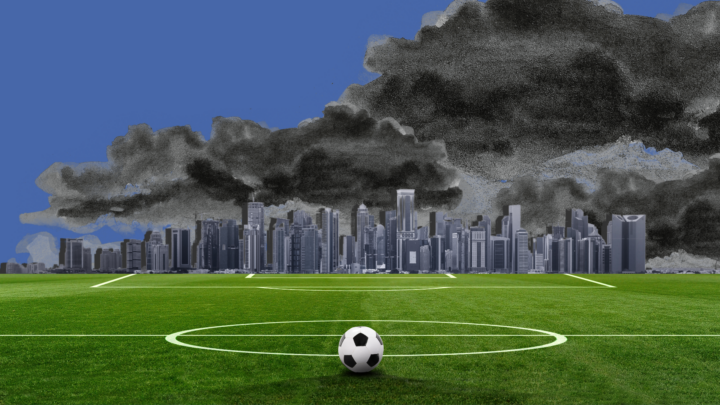 On 20 November, the FIFA World Cup in Qatar is opening its doors. Billions of football fans around the world will tune in and watch this mega sport event. As we are getting closer to the opening match, I am often being asked whether I believe it is responsible to watch the World Cup or whether it is better to boycott the tournament. Here is my personal assessment.

While the labor conditions of migrant workers in Qatar have attracted most media attention, the human rights problems go much further. Journalists are thrown into jail while covering stories around working conditions, the LGBTQ+ community is subject to ill-treatment, and women’s rights are still significantly curtailed.

Those arguing that the country made progress in terms of human and labor rights have a point. The kafala system – a system leading to the exploitation of migrant workers that can potentially give rise to forced labor – has undergone some reform in 2020, however, this is ten years after the country was awarded the World Cup and it only happened after significant pressure. It is also true (and noticeable) that Qatar is the first country in the Arab Gulf region to have made such changes.

But should we celebrate this as an achievement of the World Cup taking place in the country? Following this logic, we should award countries that limit human rights mega sport events in the future hoping that these countries may agree to reforms that are long overdue. Also, who tells us that Qatar will keep making progress in terms of human rights after the World Cup has ended and media attention has vanished?

Just a few days ago, one of the official World Cup ambassadors, Khalid Salman, talked about gay people in an interview with German television. He mentioned that “We will accept that they come here. But they will have to accept our rules.” He then moved on claiming that gay people are “damaged in their mind.” At this stage, a spokesperson of the World Cup organizing committee (who was shadowing the reporter while being in Qatar) stopped the interview.

Some supporters of the Qatar World Cup argue that we did not “make such a fuzz” when the tournament took place in Russia in 2018, just four years after the illegal annexing of Crimea. In 2018, Russia faced significant human rights challenges, some of them very similar to the ones of Qatar (e.g., lack of freedom of speech and ill-treatment of LGBTQ+ community). While it is difficult to directly compare both cases (e.g., labor conditions were not that debated back then), it would be misleading to justify one problematic mega sport event through lack of attention to another one.

One of the strongest controversies around the World Cup has been around whether the bidding process was influenced by corrupt behavior, a claim that Qatar has long denied. However, a longstanding investigation of the U.S. Department of Justice claimed that representatives working for Qatar and Russia bribed FIFA officials ahead of the 2010 bid.

In 2020, the New York Times reported that three South American officials received payments to vote in favor of Qatar and Russia according to the indictment. In the end, Qatar defeated the U.S. in the bidding process. At the time of the vote, the FIFA committee was already diminished by two members who were secretly filmed while agreeing to sell their votes.

Of course, Qatar is not the only country to have won a World Cup through a corrupt bidding process. Investigations revealed that Russia’s bid for the 2018 World Cup was also linked to bribes, and the German World Cup in 2006 was also allegedly linked to dubious payments. Yet, we cannot legitimize or downplay corruption in the case of Qatar by reference to prior corrupt practices during World Cup bids. Grand corruption was and is a deeply problematic practice, regardless of where and when it occurs. No-one is suggesting to bar countries that are known for higher levels of corruption from future World Cup bids. What is needed are stricter compliance rules and better oversight.

The decision to move the World Cup to November/December was made so that players do not have to play in the middle of the unbearable summer heat. FIFA estimates say that the World Cup will produce 3.6 million tonnes of carbon dioxide during the tournament, which is about the carbon footprint of a smaller country. By comparison, the World Cup in Russia produced 2.1 million tonnes. It is uncertain whether we can actually trust these figures. A report by Carbon Market Watch suggested that the emission figures associated with the construction of the new stadiums are vastly underestimated due to the methodology used by Qatar.

Where do the emissions come from? Contrary to popular belief, stadium air conditioning does not contribute the lion’s share of the overall emissions. Emissions mostly come from the need to build totally new infrastructure (incl. housing and ground transport) and to get fans to Qatar (which is for many fans only possible via plane). Given that the U.S. (the main competitor in the bid) already had most of this infrastructure, makes the decision to place the World Cup in Qatar seem even more strange from an environmental perspective.

Qatar has promised the “first carbon-neutral World Cup in history”. However, so far only 1.8 million tonnes of carbon have been offset, and experts have argued that the quality of the carbon credits is low, for instance due to problems associated with additionality.

The problem with net-zero mega sport events is not only the credibility of the claim. It gives the false impression that we can build huge stadiums and fly in people from all over the world, and that all of this is somehow compatible with reaching Paris-aligned climate goals.

To summarize, we have placed the World Cup into a tiny desert state that significantly and systematically harms basic human rights, that has moved the World Cup final near Christmas to avoid the extreme summer heat, and that has allegedly won the bidding process through corrupt behavior.

Importantly, only pointing the finger at Qatar may be too easy, some of the problems reflected through the World Cup are part of much bigger problems surrounding football as such, most of all its extreme dependency on money.

I am a football fan, and I will miss the matches, but I am also a fan of human rights, environmental protection, and anti-corruption. Football is for everyone and not just for those a repressive regime deems worthy. So, I rather stay away from the matches and instead spend time playing football with my son. In the end, the World Cup in Qatar will not have a true winner, because sustainability already lost…

Andreas Rasche is Professor of Business in Society and Associate Dean for the Full-Time MBA Program at Copenhagen Business School. More at: www.arasche.com.