Corporate democratic responsibility – messy and difficult, yet urgent and without alternative 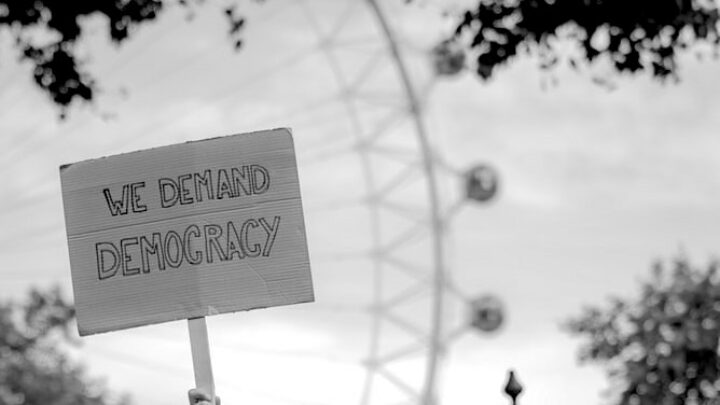 We live in politically tumultuous times. Authoritarianism is on the rise again across the world. Democratic freedoms have been in decline for 15 years in a row. The share of people living in free societies has shrunk to a meagre 14% of the world population. Meanwhile polarisation and populism, disinformation, mistrust and rising inequality have begun to hollow out the fundaments of even the strongest democracies. Votes for populist parties in mature democracies have risen from 3% in the 1970s to more than 20% today.

With democracy under attack everywhere how does and how should business position itself? What are the democratic responsibilities of companies? A tricky question well beyond the scope of a blog entry, but here some rather random notes and provocations on current trends and gyrations as input to this highly topical conversation.

It is less and less of a practical option anymore to hide behind a veneer of political neutrality no matter if rationalized instrumentally  (the Republicans-are-buying-sneakers-too argument), normatively (it’s undemocratic for business to engage in high stakes politics beyond its own narrow business interests) or intuitively (the empirically tenuous claim that business tends to only support moderate, mainstream politics anyway).  Here some reasons why:

For a start, it is not easy to find  real-world contexts, where a principled commitment to free and fair markets and a principled rejection of crony capitalism would not also imply and indeed be predicated upon a commitment to competitive democracy.  Or from a slightly different angle, the normative minimum for business – to respect human rights in its sphere of operation and influence –also entails respect for basic democratic rights and a related duty of care.

Remaining silent on democracy is therefore only an option as long as democracy is not in danger, as long as none of the substantive political forces in a country seek to actively dismantle load-bearing democratic norms and rules.

Yet in many countries this is not the case (any more). From Brazil to the Philippines from Poland or Hungary to the US, formally democratic regimes are under attack from within the political establishment. And in many more other countries fringe groups with dubious democratic credentials and intent often propelled by a toxic mix of populism and nativism are moving closer to becoming part of government.

Corporate responsibility in such contexts entails having a plan for and executing on corporate democratic responsibility on at least three different levels / time horizons.

A rough, but necessary ride ahead

Good corporate democratic responsibility does not come easy. It means wading into a messy terrain and facing up to the perennial tension between defending democracy and curtailing freedom.

It involves business decisions on whether fitness-bikes should be permitted to spread rumours about voter fraud, whether couches and guest rooms should welcome riot tourists, whether rumour-mongers deserve cloud hosting or whether the president of the United States should be kicked off the world’s largest social network.  Yet, all these things need to be reckoned with one way or the other as doing-nothing only cements a status quo of what is often democratic backsliding.

All these tricky questions around corporate behaviour in the context of democratic countries that are at risk of backsliding will also bring into sharper relief the perennial question of what companies can and should do when operating in outright authoritarian settings – a discussion well beyond the scope of this short blog entry but one that is returning with a vengeance given high-growth prospects in authoritarian settings or military coups in popular foreign investment destinations.

Finally, an honest grappling with corporate democratic responsibility will be agnostic to partisanship in principle and approach. But it is highly likely to be partisan in outcomes. Political incivility and anti-democratic behaviour are unlikely to be evenly distributed across the ideological spectrum in any given setting. So brace yourself for a partisan backlash and for a constant tight-rope walk between supporting democracy and being drawn into day-to-day politics.  Getting this right will require the best of corporate strategy, corporate governance and corporate communication. But ultimately there is no escaping from corporate democratic responsibility. Flourishing economies and flourishing democracies ultimately depend on it.

Photo by Fred Moon on Unsplash