March for Gender #1: How a feminist collective took on a media giant to challenge everyday sexism 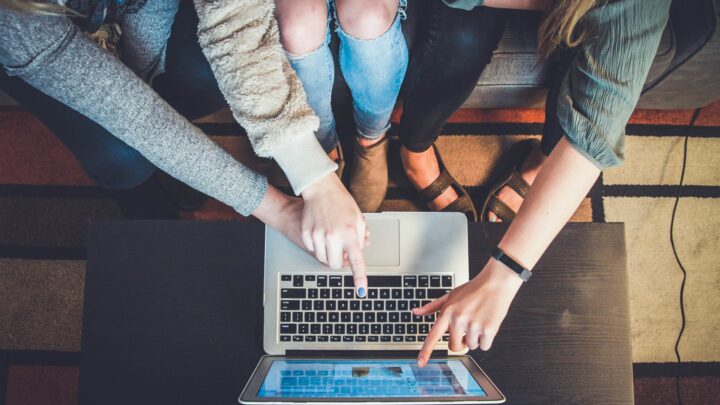 To mark International Women’s Day 2021, the University of Bath’s Business and Society blog and Copenhagen Business School’s Business of Society blog have teamed up to present March for Gender. This month we will explore research focusing on gender, or research findings that have specific implications for women.

Here Sarah Glozer and Lauren McCarthy present their latest research into the activities of the feminist group ‘No More Page 3’. They explain why online activists should take a step back for campaigning in order to maintain the energy needed to affect change. This piece was originally published in The Conversation.

The daily image of a topless woman on page three of the Sun newspaper was considered by some to be a “British institution”. Yet it was also increasingly seen as a relic of institutionalised sexism in the media and society.

Then in 2015, nearly 50 years after it was first introduced, the feature was quietly removed from the publication. This decision was credited, in part, to the online campaign efforts of the “No More Page 3” (NMP3) movement, which gained the support of 140 members of parliament and numerous charities, including Women’s Aid and Girlguiding. It also attracted more than 240,000 petition signatures.

The campaign, which helped to force change at one of the UK’s most popular and powerful media companies, was widely acclaimed, described by one MP as a “seismic victory”. Activist Katherine Sladden wrote, “No other campaign has done as much to inspire a new generation of young feminists,” adding that it “became the gateway for women finding the courage to speak out on issues they care about”.

But beneath this success story lies a complex tale of how emotional energy sustained the NMP3 campaigners through personal and painful trolling.

Our research into the campaign reveals how supporters were met with online abuse on a daily basis. They regularly encountered rape and death threats aimed at themselves and their families. Campaign founder Lucy-Anne Holmes has told how she suffered an “overwhelming feeling of helplessness” and “burnout”, recalling:

It was terrifying. I was spent: financially, emotionally, creatively. Just going on Twitter with all of those voices coming at me would bring on a panic attack. I felt like I was being strangled by invisible hands.

Her experience was far from unique. For while the liberating potential of social media to mobilise collective action is widely valued, the toxic climate many experience on social media is all too familiar, and can lead to stress, anxiety and depression.

Yet the relentless online abuse aimed at the NMP3 campaigners – who deliberately tried to engage with their opponents through reasoned and polite posts – was tempered by messages of encouragement, both from each other and from supporters of their cause.

This complex interplay of positive and negative emotions led us to dig deeper into the campaigners’ survival story, and investigate the powerful techniques which kept them going in the face of such overwhelming adversity.

One important element was the underlying sense of solidarity which became a powerful force in helping the campaigners to recharge and replenish, sustaining momentum through emotional highs and lows. Faced with trolling and harassment, many campaigners felt energised simply by being online with other women with shared experiences. This feeling of alignment with others created a valuable store of emotional energy.

As one campaigner told us: “It wasn’t just a campaign … it was a space where we could go and feel completely confident, we could share anything with each other, and work out what we thought about things.”

Stepping back to move forward

Interestingly, this solidarity led to the coordinated and tactical use of a relay system adopted by the team. An exhausted campaigner wrestling with a hostile social media thread would “pass the baton” on to a colleague via a system of online messaging or “tagging” across platforms.

This system became a vital part of keeping the campaign’s momentum at times when some members felt the need to retreat from the front line. There was time and space for activists to step away from their screens, to disengage with the onslaught of social media.

Usually temporary, these moments of stepping away were deliberate and empowering – they offered protection. And in preserving individual wellbeing, they also ensured the continuation of the campaign.

Retreating, far from being seen as a form of weakness or defeat, was supported by the campaigners. It was a strategy which allowed for recovery of emotional energy and healing and, crucially, it rejuvenated the campaigners to return to campaigning.

A genuine connection to the roots of the campaign was also something that sustained the (mostly female) volunteers. They drew on their aligned personal experiences, often reminiscing about teenage shame they experienced related to their bodies or of later episodes of sexual harassment. The emotions related to these experiences meant the campaigners didn’t just “think” shame or anger, they felt it deeply.

One explained to us: “The feminist stuff still remains the thing that really lights me up.” She continued: “I feel it’s personal, it’s maternal, because I have a daughter, and a son who’s affected by toxic masculinity. It’s in my experience of abuse in relationship. I’m angry about it and passionate about it because it’s personal to me and people that I love.”

Another said: “Standing up for what is right is enough to make your legs go weak, your voice grow hoarse, and your hands shake with rage.”

Six years on from the NMP3 victory, more action is needed to fight inequality in both our online and offline worlds – there is still plenty to campaign for. Digital platforms certainly need to better police social media channels which continue to tolerate and excuse trolling and hate speech, particularly that directed towards women.

But we should be encouraged by NMP3’s story of grassroots collective strength, and its journey to success. And we should also consider the lessons it provides about activism and the common advice for women to always “lean in”. Sometimes, it seems, it’s better to simply retreat, replenish and come back stronger.

Dr Sarah Glozer is Associate Professor in Marketing and Society in the School of Management at the University of Bath. She obtained her PhD from the International Centre of Corporate Social Responsibility (ICCSR) at Nottingham University Business School. Sarah has also held a number of industry positions, such as Global Sustainability Manager at Cadbury Plc, UK. She is also Deputy Director of the Centre for Business, Organisations and Society (CBOS). Sarah researches and teaches on topics including corporate social responsibility (CSR) communication, digital marketing and ethical markets / consumption.

Dr Lauren McCarthy is Co-Director of the Centre for Research into Sustainability (CRIS) and a Senior Lecturer in Organisation Studies and Sustainability at Royal Holloway, University of London. Her research explores in what ways business can contribute to gender equality, with a focus on global supply chains. Lauren’s research has covered cocoa production in Ghana, cotton farming in India, and most recently, the effects of the COVID-19 pandemic on women garment workers in Cambodia. Equally, her research has explored how feminist social movements interact with business and CSR, particularly through the use of social media.

Photo by John Schnobrich on Unsplash