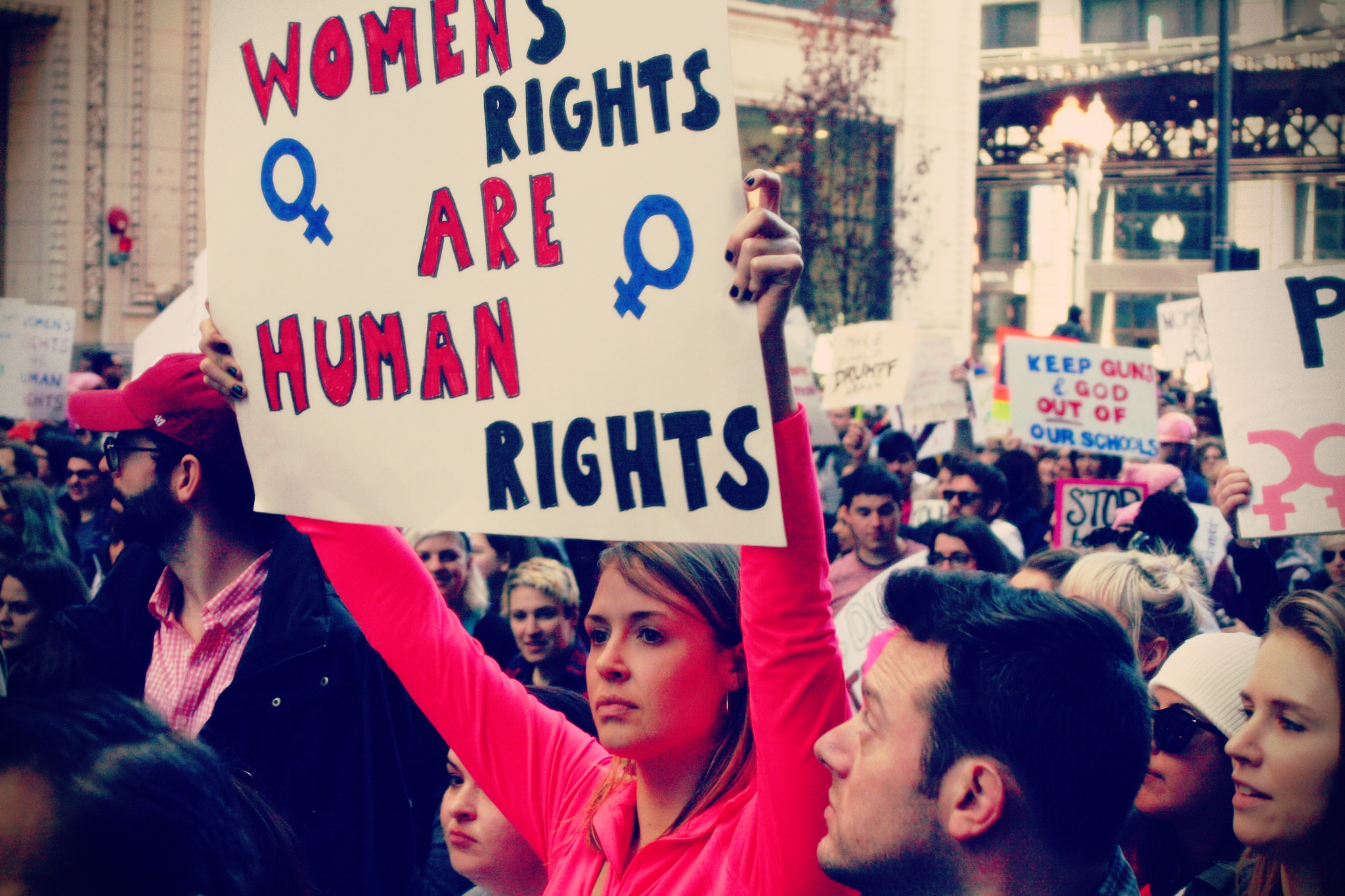 ’Make Feminism Radical Again’ – An unlikely fashion choice in some quarters but, yes, a fellow passenger at Copenhagen airport was donning a T-shirt bearing just this slogan.

The wearing of political slogans always sets off questions in my mind, as I try to imagine what goes through the wearer’s mind.

‘What shall I wear today?  Ah yes, I’m flying, I think that the fellow passengers need a dose of radicalization’.  ‘Wednesday: shall it be women’s rights or animal rights?’
‘I need a white T shirt with these jeans. Ah well, this is the only clean one left in the drawer.  It will do.’

Or maybe they are really committed and wear one of these shirts every day?
Or maybe they just don this shirt without a second thought?

The questions in my head wouldn’t stop.

Gender – a salient concern in CSR and business ethics literatures?
As it happens Kate Grosser, Julie Nelson and I had just put the finishing touches to an essay on the place of gender in the business ethics and corporate social responsibility academic literatures over the last quarter of a century.

Kate, Julie and I had found that the subject of gender had enjoyed some status in this literature (as measured by the number of articles published on the subject in the leading business ethics and corporate social responsibility journals).

The de-radicalization of feminist theory to an empirical variable
On closer analysis we were struck that, whereas the original debates in these literatures about gender had been inspired by the core of feminism (notably the concerns with gender relations and gender equality) this focus had subsequently appeared to get weaker.  Only 20% of the papers in our study focused on this feminist core, and the remainder used gender as a variable in studies of attitudes towards social, environmental or economic issues, or of ethical dilemmas.

Moreover, we were surprised that only 15% of the studies addressing gender issues in the business ethics /corporate social responsibility literature were theoretical papers (and the majority of these referenced theory from outwith feminism).  While empirical papers are clearly a vital part of the literature, theorization is necessary for evaluation of empirical work, and for framing the way academic subjects, in this case feminism, are thought about and studied in the empirical work.

We also noted that the empirical literature was overwhelmingly focused on countries in the ‘Global North’ despite many of the greatest challenges in gender relations and equality being in the ‘Global South’.

Reflecting on our academic journey into feminism, I wondered if what my fellow passenger meant by wearing that slogan was … ’Make feminism radical again by focusing on gender relations and equality’.  But when I had finally plucked up the courage to ask her… she had gone.

P.S. My friend Lauren tells me that there are other feminist T-shirts available
… but none are quite as to the point as that on my fellow traveller…

Jeremy Moon is Velux Professor of Corporate Sustainability at the Centre for Corporate Social Responsibility, CBS. He has written widely about the rise, context, dynamics and impact of CSR.  He is particularly interested in corporations’ political roles and in the regulation of CSR and corporate sustainability. Jeremy is the author of Corporate Social Responsibility: A Very Short Introduction (2014 Oxford) and co-author of Visible Hands: Government Regulation and International Business Responsibility (2017 Cambridge).