Business integrity, ideas and developments in the ASEAN way 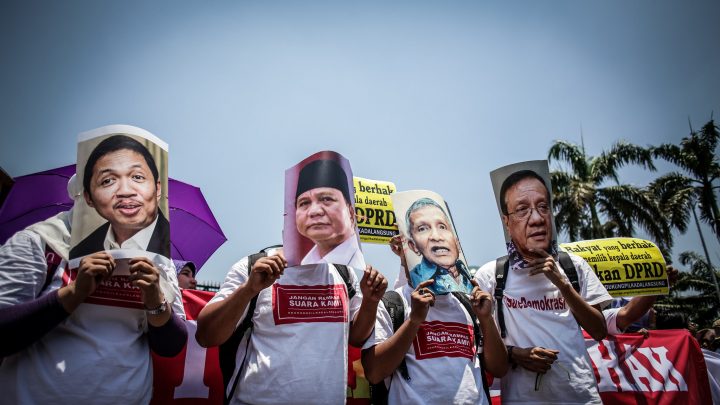 Indonesia demonstration at parliament - Indonesian anti-corruption civil society organisations rejected the 2014 Regional Elections Bill which changes direct elections so that they become an indirect election. The demonstration took place in front of the Parliament building. Protesters wore face masks depicting those supporting the Regional Elections Bill and denounced them for violating the principles of democracy in Indonesia.