Lobbying as if it mattered 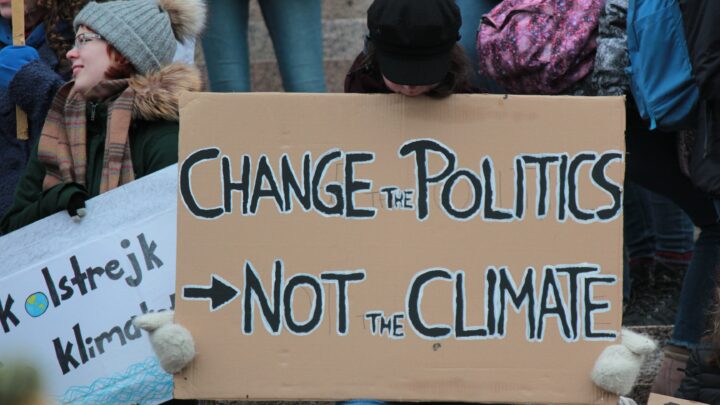 The corporate political activities of a business – let’s call them “lobbying” as a shorthand, although they comprise much more from public relations to political spending to sponsorship of thinktanks etc – have long played a rather minor role in discussions on corporate responsibilities.

And this relative insignificance also converted into rather minimalist expectations about what responsible lobbying should look like: stay within the bounds of the law (i.e. in some jurisdictions, file some lobbying reports and do not hand out bribes); don’t lie egregiously, although puffery and other tricks of the trade are acceptable; and as some scholars in business ethics would cautiously add: don’t do anything that excludes others from contributing to the democratic discourse in an informed manner.

In many ways this anodyne conception of responsible lobbying mirrors the equally thin conception of corporate responsibilities under the old shareholder-first-and-only paradigm that started and stopped with making profit bounded by legal compliance as the primary responsibility for business.

Such a close alignment is hardly surprising.  Yet while the broader expectations for corporate responsibility have substantively evolved and expanded since then, no such trajectory can be discerned for corporate political responsibilities. The former moved from negative responsibilities of don’t be evil to a growing set of capacious positive obligations of how companies ought to treat their various stakeholders and the environment. The latter – expectations for what constitutes responsible lobbying – appeared to largely remain stuck with this minimalist canon of obligations outlined above. True there have been some improvement at the margins, more reporting on political spending and lobbying and more ad-hoc pressure for taking sides on a small segment of social issues in some jurisdictions.

But despite the best efforts of a small, dedicated band of good governance advocates the scope and urgency of public expectations on what responsible lobbying should look like have not budged much and certainly have not grown in line with broader corporate responsibilities.

But things have changed dramatically over the last few years. Responsible lobbying is receiving much more attention in the policy debate and in academia and it is increasingly associated with a set of positive corporate obligations and much more stringent boundaries for which tactics are considered illegitimate. As I would argue, there is one principal engine that drives these much higher expectations for what responsible lobbying should entail: the climate crisis, the civilisational challenge to decarbonise the world economy and several dynamics that it has unleashed in the policy arena.

There is a growing recognition, for example, that what companies do in climate politics is at least as important and often more important than what  they do operationally to reduce their own carbon footprint. Then there is the emergence of a rapidly expanding climate governance and corporate accountability ecosystem whose tracking capabilities, incentive levers and accountability mechanisms dwarf anything that is available for governing lobbying in politics more conventionally. Unfortunately, there is not enough space here to elaborate on these and other such drivers.

From projecting future aspirations to back-casting for present obligations

For the remainder of this blog I would like to suggest and focus on another, perhaps less obvious and more difficult to grasp contributing dynamic: a shifting normative corridor of what is considered responsible lobbying driven by the particular nature of the climate challenge. The argument goes like this:

Ever more precise climate science and the Paris Agreement to do what is necessary to reduce global heating to a 1.5 to 2 degrees rise to at least avert the most catastrophic scenarios provide a clearly defined, time-bound landing zone for policy action. The days of outright climate change denial are thus over. Seeding doubt about the facts of climate change or the decarbonisation goal has thus terminally shifted out of the Overton window of what constitutes acceptable viewpoints and (barely) tolerable public relations messaging. But more interestingly, things have not stopped here. The civilisational urgency of getting to net zero by 2050 leaves only a few years and a very narrow and rapidly narrowing corridor of necessary action options.

To oversimplify just a bit: responding to the climate crisis is by now more of an exercise of back-casting, deriving the necessary public and corporate policy action from what must be achieved, rather than an open-ended experimentation space guided by a rough compass for direction of travel.

We are by now so short of time and so clear-sighted about the science that we basically know what fossil assets must stay in the ground, what infrastructures need to be blitz-scaled etc. This clarity of goal and techno-economic pathway also means that most not-so-good-faith lobbying tactics aimed to stall, distract, or opportunistically suggest some costly detours are much easier to spot and call out – than would be the case if the option space was still more open.  The normal-times policy deliberation on what business could be imagined doing to help us move towards a desirable future has morphed into a policy imperative for what business must and must not do by when to help achieve net zero by 2050.[1]

Attesting to these dynamics, for example are the emergence of reporting frameworks, assessment exercises, shareholder action and CEO commitments that judge or design a company’s lobbying efforts against scientifically derived necessary policy actions for decarbonizing by 2050. But perhaps even more emblematic for the rising expectations for responsible lobbying is the action plan that one of the leading global PR agencies working for fossil fuel interests has been forced to put forward very recently amidst intense public pressure, including from its own employees. Here some excerpts:

A PR maestro engaging in PR spin for managing its own PR crisis? Perhaps. But there are enough concrete actions included that makes it worthwhile to track this and hold the company up to its commitments.

And such a forced response by a world-leading PR company clearly demonstrates that expectations for responsible lobbying against the backdrop of the climate crisis, have rapidly matured from compliance and do no outright evil to a concrete set of positive obligations against which political footprint of companies and their service providers can be evaluated.

The ingenuity required to get us to net-zero is 20% technical and 80% political of how to incentivize, mobilize for and administer a just, legitimate transition.

This outmost importance of climate politics and policy-making combined with the outsize role that businesses and their associations play in this space as the best-resourced and most influential interest group, clearly highlight that responsible lobbying as a set of substantive, positive obligations is an essential piece of the puzzle in solving this civilisational challenge. And my bet is that things will not stop here: higher expectations for responsible lobbying on climate issues are likely to lift all boats over time and translate into higher expectations for how business ought to behave in the political sphere more broadly.

[1] There remain of course a number of important unresolved policy choices with regard to carbon capture, geo-engineering, bridging fuels etc. but the overall option space and available policy pathways are by now much narrower than two decades ago or relative to many other big policy challenges.

Photo by Tania Malréchauffé on Unsplash