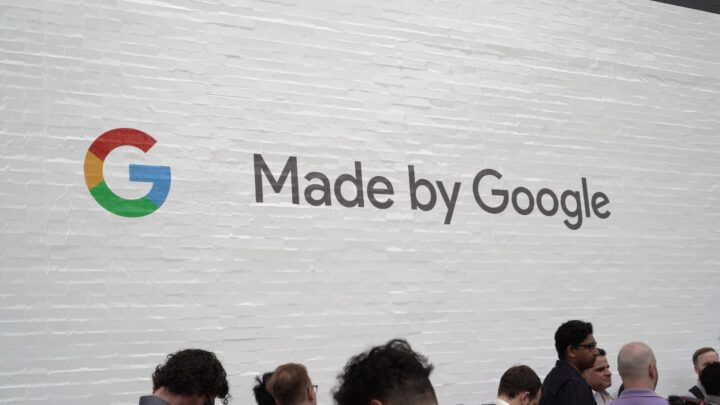 Whatever you did today, there is a fair chance that you used a product or service that is somehow connected to Alphabet. If you watched YouTube on your Android phone in an Uber, for example, then you were simultaneously contributing to Alphabet’s coffers in three ways. And on the off chance that you were thinking of enjoying your evening by first reading two new papers – on the naked mole-rat as a non-aging mammal and what classic Atari video games can tell us about the human brain respectively – and then planning out your possible life on Mars, then you would once again be thrice-engaged with Alphabet investments.

As these examples suggest, Alphabet, whose most famous asset is Google, is not just any other corporation. Rather, it is what can be termed – in building on an idea associated with the novelist William Gibson – a megacorporation.

For the present purpose, a megacorporation can be simply defined as a corporation that influences the lives of a huge number of people in fundamental ways; whose sway is greater than that of most other organizations combined.

Perhaps the clearest historical example of a megacorporation is the English East India Company. Following its establishment in 1600, ‘the Company’ proved itself a formidable commercial, governmental and military force. Indeed, and whilst the Company was gradually disbanded around the middle of the 19th century, it still exerts influence today through its having shaped, amongst other things, a worldwide thirst for tea, the way in which people conceive of the ‘firm’, and, more controversially, how people understand the ‘orient’.

When the continuing influence of the English East India Company is acknowledged alongside Alphabet’s current scale (e.g., it is currently valued at more than $1.5 trillion), vague claims from the latter’s elite that it might exist 100 or even 1000 years from now, are not as ridiculous as they might first seem. Moreover, if predictions by Google’s Director of Engineering, Ray Kurzweil, come true, then at least some of us could still be around in digital form, and able to confirm whether or not Alphabet is still going strong a thousand years hence. Of course, if your (happy) digital existence is dependent on Alphabet technologies, then you would have reason for wanting the megacorporation’s reign to be a very long one.

Such speculations about Alphabet’s centrality to our future existence may ultimately prove more fanciful than factual. Be this as it may, it is difficult to deny that Alphabet already records, stores and shapes the past in major ways. For many people Alphabet is the custodian of their personal memories, the story of their life. Through its control of Gmail and Google Photos, and its vast array of ‘smart home’ technologies, Alphabet collects seemingly ever-increasing amounts of information on us. And as anyone familiar with the academic pissing contest that is Google Scholar will know, the megacorporation also goes to some length to make sure that one’s back catalog of scholarly writings is ‘unforgettable’.

When these individual collections of personal memories and activities are noted alongside Alphabet’s vast digital store of world culture and heritage, the extent to which Alphabet can influence the writing and creation of social histories becomes clear. Whilst historians worldwide can currently access a great deal of information through the megacorporation’s various platforms, Alphabet itself can play the role of historian too. Given its expertise in information storage and machine learning, Alphabet is in a prime position from which to conduct macro level, cross-cultural, historical analyses. And as the megacorporation arguably has a better understanding of what retains attention than most (through its tracking of YouTube viewing practices for example), it seems uniquely capable of presenting such historical analyses in ways that prove captivating to a wide-ranging audience.

In short, Alphabet’s influence over how we live, and how we make sense of, the past and the future, results in it being uniquely deserving – amongst contemporary firms – of the megacorporate label. In all likelihood, and for good or bad, this influence will continue for some years to come. As a result, people in general, and business and society scholars in particular, are well advised to further consider the profound ways in which it shapes existential concerns worldwide.

Glen Whelan’s book, Megacorporation: The Infinite Times of Alphabet, is out now through Cambridge University Press. He sometimes teaches at McGill, and researches the moral, political and social influence of corporations, amongst other things. He is on twitter @grwhelan.