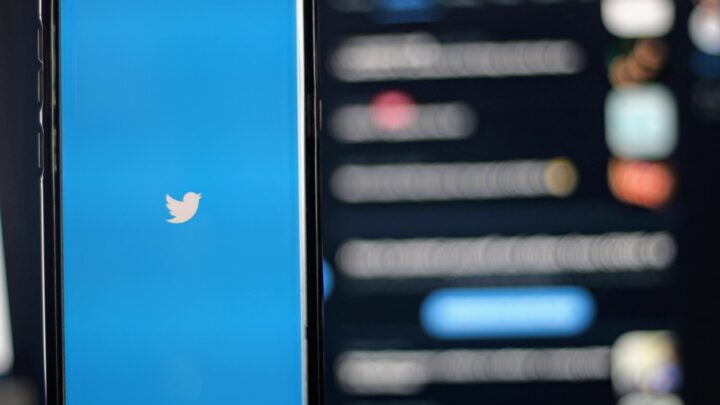 Throughout my research, I investigated the climate change debate on Twitter, and I want to highlight two important patterns that I found, each illustrating some of the potentials and challenges with the use of social media to discuss global challenges.

Interestingly, what I found was that not only can anyone contribute – everyone can have an impact on the debate and affect how issues are discussed.

This both includes users with less than 100 followers and minority voices such as climate change skepticism. Seeing that even smaller users and minority voices can have an impact is particularly interesting on social media, where it has been argued that it is only the “popular” accounts, influencers, or central actors that shape the debate. Naturally, this does not mean that everyone will influence the debate, but it means that anyone can, which I see as an important part of creating a good place for discussing global challenges.

On the other hand, I found that the use of Twitter to discuss climate change rarely included ongoing dialogue.

There is very little exchange of opinions between two participants – instead, participants share their thoughts by engaging in broader conversations, e.g., by using specific hashtags or by mentioning central figures. In other words, what I found was that participants engage with an imagined audience, not directly with others.

Sometimes a discussion unfolds in the replies to a tweet or in the comments to a Facebook post, but the vast majority of contributions to debates about global issues are more about voicing an opinion, e.g., through retweeting, not back-and-forth dialogue between participants. This means that while most participants actively contribute to the debate, there is rarely any direct response to these contributions, which is a critical challenge, as I see some form of back-and-forth exchange of opinions as an integral part of good discussions.

So, are social media platforms good places for debates about global challenges?

Well, yes and no – and naturally dependent on how you define a “good” debate. The inclusiveness and equality are great, and this is unparalleled compared to offline arenas that are limited by time and space, thus highlighting the potential for social media to empower citizens, both in their role as ordinary citizens and as consumers or activists that challenge corporate behavior. On the other hand, the distinct lack of ongoing, reciprocal exchange of information or dialogue is a critical challenge, highlighting issues with using social media to debate global challenges. This poses an interesting puzzle.

The lack of dialogue suggests that we need to be careful about using social media platforms to discuss global challenges.

Still, the use of social media to discuss global challenges is rapidly growing. Hence, we cannot disregard the importance of social media, but perhaps we can re-think their role in global discussions.

I suggest that we move away from the expectation that social media platforms, by themselves, cultivate high-quality debates and instead see them as platforms that mainly inform and develop participants’ views. Hence, rather than providing platforms for dialogue, social media contributes to global debates by providing platforms where participants can become informed and better prepared for subsequent discussions – discussions that often unfold outside social media platforms. In other words, while social media, by themselves, are imperfect places for debates about global challenges, their role in informing participants, including both citizens, corporations, and politicians, illustrates that social media are a critical part of a more extensive media system, and we should not disregard their importance in debates about global challenges.

A word of caution

However, if we accept that social media mainly serves to inform participants, we also have to consider that some potentials can become challenges. Specifically, the equality found in the debate can become a serious issue.

Without the ongoing dialogue, we miss opportunities to contest and challenge disruptive voices such as climate change skepticism.

This is even more important with the increasing polarization we see on social media and highlights that if social media mainly serves to inform participants’ views, there is a greater responsibility on us as participants. Specifically, we still need to seek out these opposing opinions. Even though it might be futile to engage with those opinions, seeking out these opposing views may still inspire us to improve our arguments and, in some cases, even inspire us to refine our own opinions and ideas.

Photo by Joshua Hoehne on Unsplash