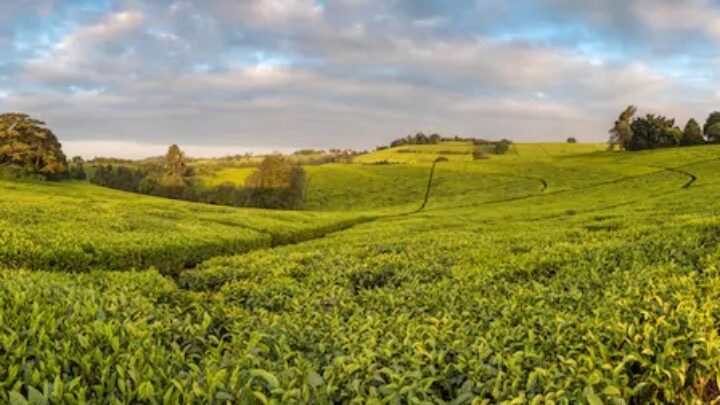 Over the last decade, the term ‘precarity’ has become ubiquitous in studies of work and labor, as jobs are increasingly characterized by temporary and insecure contracts; lack of basic welfare provisions such as paid leave; and low pay. The informalization of work has gained pace in a post-Fordist world. And we can expect to see more precarity. The COVID-19 pandemic is pushing employers the world over to think of new ways to reduce labor costs as economies flounder.

Anthropologist of work Kathleen Millar has argued that we need to be careful about how we think about ‘precarity’ when we talk about insecure work. The term can inadvertently “smuggle in a conservative politics”, valorizing and romanticizing a Fordist past of full-time wage labor. This employment past is not universal. In the majority of the world, economies have historically been characterized by informality. Here, formal secure work has been more of an idea, a promise tied up in teleological ideals of modernization and development, than a reality. Furthermore, in former settler colonies such as Kenya and South Africa, formal wage employment has roots in colonial capitalism, coercion and exploitation.

I’ve been thinking about precarity through the case of changing employment conditions on Kenyan tea plantations, where I’ve been researching the production of certified sustainable tea as part of the SUSTEIN project. I carried out my latest fieldwork between January and March this year, right up until the majority of European countries went into lockdown. A few weeks later, Kenya followed suit. In Kericho, the heart of Kenya’s tea production and where I spent most of my stay, there was little sense that the world was on the brink of an impending global pandemic, let alone reflection on what that could mean for the tea industry. And yet, in conversations with diverse actors in the sector, there was a shared narrative that the industry, responsible for one of Kenya’s biggest export commodities and foreign exchange earners, was struggling.

Enduring low prices of tea on the global market and rising costs of production have led multinational companies owning large tea plantations to look for ways to cut labor costs.

Tea is a labor intensive crop, and companies have historically depended on large resident workforces to pluck tea, plant and prune tea bushes and operate factories, among a multitude of other tasks required to maintain vast tea plantations. Biannual collective bargaining agreements led by the workers’ union have seen wages increase at a rate companies say is unsustainable for business. Citing high wages relative to other agricultural sectors in Kenya and the additional costs of employee benefits such as free housing and water, payment of retirement funds, and contributions to health insurance, along with the costs of maintaining infrastructures used by workers and their dependents such as schools and dispensaries, companies argue for the need to reduce labor forces.

The gradual reduction of company-employed low-level or ‘general’ workers has been taking place through parallel processes of mechanizing tea harvesting and outsourcing tasks outside of companies’ core activities of tea harvesting and factory processing. While workers carrying out core tasks continue to be employed directly by the company, thus receiving a union-negotiated wage and the package of employment privileges described above, outsourced workers are hired on insecure terms by external service providers who hold contracts with tea plantation companies. Outsourced workers are typically employed on short contracts, sometimes for as little as a few days. This renders them ineligible for union membership, and most earn less than half the daily salary of a company employee. If they are unable to work due to sickness, they will not be paid. The contractors who employ them are required by the company to make deductions from their salaries to national health insurance and social security schemes, but low wages and short-term employment mean that contributions are meagre.

Kenya has a large work-seeking population, and people are prepared to take outsourced jobs because of few employment opportunities.

In spite of the striking unsustainability of labor outsourcing for these workers, international sustainability standards say surprisingly little about this category and establish few mechanisms to safeguard them.

In the context of decreasing opportunities for employment in permanent company jobs on tea plantations, current and former workers talk with nostalgia about a time when company jobs and their related securities were a plenty. This nostalgia echoes the valorization of stable, full-time wage labor that Millar identifies as lurking in the notion of precarity. But, without dismissing workers’ nostalgia, we should be careful not to romanticize plantation jobs of the past which were, in spite of their securities relative to outsourced work, inherently precarious.

During the early twentieth century, the colonial administration sought to disrupt and undermine subsistence economies so that people would be forced to seek work on infrastructure projects and in settler industry and agriculture, including tea plantations. For decades, the industry struggled with labor shortage which undermined its growth and expansion. During the 1940s and 50s, efforts were made to create permanent resident labor forces through welfare provisions such as housing, kitchen gardens and retirement funds. Yet workers could never own the houses they lived in, nor the land they were given to cultivate, which remained the property of the company.

In seeking to create a stable workforce that could make Kenya’s tea industry sustainable, the colonial administration destabilized rural economies and created a class of people who would be forced, for generations, to seek wage labor.

If, in these uncertain times, we shouldn’t wish for a whole-sale return to permanent, full-time wage labor, what might we hope for instead? Millar argues for a critical politics of precarity that problematizes the centrality of economically productive work and its promise in contemporary capitalism rather than calling for a return to stable full-time work. Campaigns that propose alternatives to work include Universal Basic Income – where governments makes regular unconditional payments to every individual – and Universal Basic Services. A 2017 study by UCL’s Institute for Global Prosperity proposing Universal Basic Services in the UK argues that government provision of basic services such as food, shelter and transport has the potential to reduce dramatically the cost of living for those on the lowest incomes, making participation, belonging and cohesion possible in the face of increasingly precarious work. These initiatives are becoming more compelling as the world reels from the pandemic and we try to imagine a recovery that prioritizes social and environmental justice.

Hannah Elliott is a postdoc at MSC focusing broadly on the political and economic anthropology, in particular in eastern Africa where she has been conducting research since 2009. Her current research examines the production of certified sustainable tea in Kenya as part of the SUSTEIN project.