The Academic Smarts in the Smart City 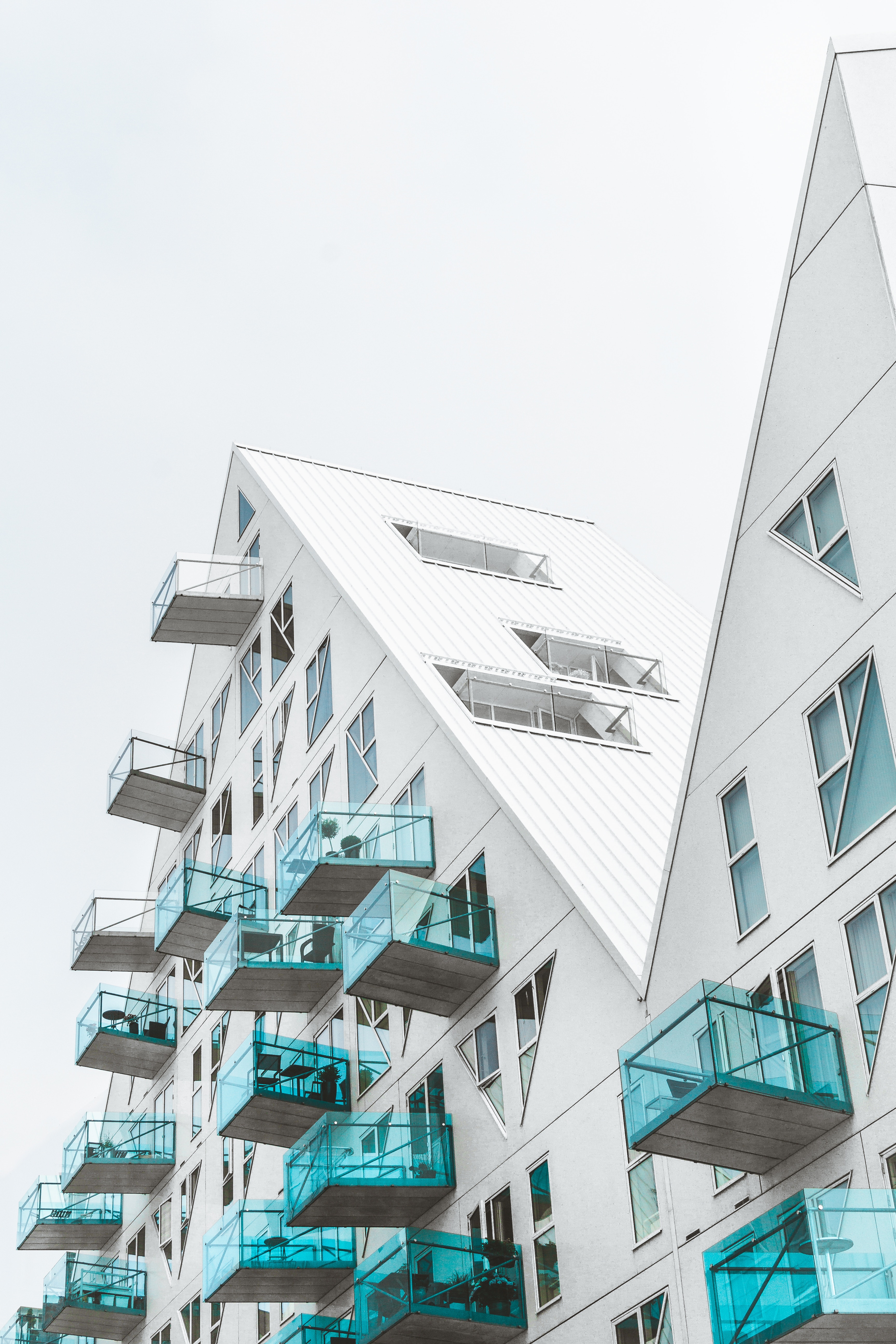 Last week I had the pleasure of being one of eight students to join the University of Aalborg course “Smart Cities – Technologies and Institutions” led by Professor Anders Henten and Associate Professor Reza Tadayoni. I applied for this course in May 2018, and then promptly forgot about it again. I can’t even find any remnants of a confirmation in my mailbox; and I’m only able to figure out when I had actually applied because of a Facebook chat that took place around it.

Yet, when the acceptance pinged into the mail lineup a few weeks ago, I made sure to cancel all previous obligations to open up the time for this three-day course. This is because – although it may not be obvious – there is a shortage of educational opportunities concerning what a smart city is, who is involved, how they are working to put the pieces together, when we can realistically transition, and why this even makes sense to pursue.

There are a number of reasons for this, not least of all because most of the projects bringing forth the Internet of Things (IoT) that smart cities are founded on, are detailed somewhere between (occasionally accessible) engineering papers, such as [1], and the (overly simplified) ‘government-slash-consultancy’ reports, such as [2] and [3]. Which, while comforting to know governments are investing in this kind of research, also create discomfort over who might have the language and knowledge with which to discuss, or even influence, smart cities development.

This brings me to one of the other major reasons for the lack of academic representation: smart cities involve such a conglomeration of disciplines, skills, languages, and theories that it would seem almost impossible to embody its understandings in one scholar. And it could be seen in our group: the teachers were from political economics and engineering; and the students represented organizational studies (myself), civil engineering, architecture, IT, anthropology, and more. It reminded me of a course I took in my bachelor studies “Bioethics of the 21st Century”, requiring both a Professor of Microbiology and a Professor of Philosophy and constituted of seemingly disparate discourses merging in the reality of our bioethics challenges.

From Science Fiction to Society

At that time, anyone who believed that bioethics was unnecessary needed only to look at the mass abuse of antibiotics or the explorations into stem-cell research. And anyone who now believes that the smart city is a feature of the future had better take a look around at the present. Just consider the kind of political affiliation conclusions (otherwise known as “profiling”) that can be extrapolated from Twitter data [4]. Even WIRED Magazine recently released an article detailing how governments are bringing together the sophistication of interconnectivity and the maturation of artificial intelligence (AI). This, paired with the overly optimistic intentions for social media and the willful blindness of the West’s superpowers, could result in a new-found political war over the control of not just data, but also the city- (even nation- or internation-) wide imposition of government, industrial, and freedom controls [5]. As they call it, the “AI Cold War”.

More on the day-to-day practical side of things, the devices primed to share data to the bigger cloud for smart city processing start making themselves cozy on our shelves, sockets, and even wrists. Postscapes, an organization specializing in organizational efficiency and waste reduction through IoT and machine-learning technologies, identifies the top 2018 IoT devices as centering around convenience (e.g. smart locks, smart home hubs) and energy savings (e.g. smart thermostats, smart lights) [6]. Embedded in the banality of these literal black boxes are the governance and democratic implications set forth in the aforementioned articles; but it is the nature of technology to develop towards ease-of-use, and eventually, invisibility. Yet, where there is change, there is also opportunity.

Certainly, building organizations are keenly aware that digitization and smart buildings are no longer a negligible aspect of the business. Rather, there is the question of how they should engage with these changes, and most importantly, how this novel connection with end-users (through the little black boxes) might change (or – more cautiously – improve) the way they do business.
One of the most prominent ways such a consideration is voiced is in the terminology of nudging, referring to a “relatively subtle policy shift that encourages people to make decisions that are in their broad self-interest” [7]; the catch being that in a smart city, it is not the policy that does the encouraging, but the technology, be it technological infrastructure, application design, or signals from devices.

For example, simply communicating electricity consumption compared to one’s neighbours changes people’s use of electricity (for better, or for worse) [8]. And so, building organizations have embarked upon a journey to apply understandings of how people behave, how smart buildings can connect with behaviour, and how it makes good business sense to digitize buildings; but they cannot do it alone. Half of the organizational smarts are about the business ecosystems and partnerships being formed in order to bring smart spaces to reality.

And despite having my hands full examining this scale of organizational work, it’s been enlightening to go from the organizational perspective on the building level (as I research about smart buildings and healthy indoor climate) to the city level. Previously I would have thought of this as being more relevant for those working with mobility or utilities; but after this course I better understand that the playing field for intention, business, and power in the communication technologies and protocols that enable smart cities (and also smart buildings) is much broader and nuanced than I had previously understood. Just learning about the communication technology forms was enough to blow this little biologist-environmentalist-organizational-sociologist’s mind. Even knowing their names and relative differences [9], I’m still not sure how this will meet expectations of a better world.

The 5Gs and 5Ds of Smart

One thing is for sure, standards matter, and standards will be made. Before this course, I had never even heard of 5G, and yet the European Commission identifies it as “the most critical building block of our digital society in the next decade” [10]. The Commission has been polishing the EU standards for 5G since 2016 [11] and has earmarked €700 million in funding, with initial rollouts planned for 2018 and followed by another, broader wave in 2020.

The concept of 5G extends well beyond an acceleration of mobile service into a virtual “stacking” of data incoming from the other communication technology forms (such as WiFi and LPWAN) in order to create a synergetic cloud-network, from which it would (hypothetically) be possible to analyze and improve upon the city system (otherwise known as us, our lives, and our environment). From what I understand, the most part of such an analysis is planned to be done by AI.

Okay, so the little black boxes track and communicate our data over these various communication systems, which are compiled into the 5G cloud, where AI interprets the Big Data into meaningful action, executed again, by the little black boxes. No wonder experts are writing articles about an eminent AI Cold War. Luckily “privacy” is not the last word in the sentence. Rather, researchers are working hard to outline what types of privacy can be protected in the various angles of the smart city. Already in 2013, Martínez-Ballesté et al. identified the 5D (five dimensions) of smart city privacy as: identity privacy, query privacy, location privacy, footprint privacy, and owner privacy [12].

These authors also point to the necessity for further security efforts within digital infrastructures and the transportation of data; a finger which has trouble settling its point due to the vast number of parties involved in bringing smart cities to life. Which one of these organizations is responsible for guaranteeing security? And is this a public or a private organizational responsibility?

No, those were not rhetorical questions. They were academic ones. And in discussing the 5G and the 5D, I’m reminded of another 5D. During the 6th Active House Symposium workshop “Digital Design Meets Digital Use: Active House principles in BIM and smart buildings” that I co-organized with PhD fellow Federica Brunone, Federica highlighted that Building Information Modeling (BIM) technology enables planning for the built environment beyond the Height, Width, and Depth; that the 5D adds Time and Sustainability. I suppose that the latter of these five, Sustainability, is the one that we are still struggling to incorporate into the standardized practices of life.

Although I’ve been told during my research that Sustainability was the past, and Smart is the future, I have to question if that conclusion is not a dismissal driven by the challenges that Sustainability poses to Smart. How can we be smart without being sustainable? And better yet, if we can study, research, teach, practice, policy-make, and live in a sustainable way, won’t that pave the way for smart cities? Those were not academic questions. I think you know the answer.

Lara Anne Hale is an industrial postdoc fellow with VELUX and Copenhagen Business School’s Governing Responsible Business World Class Research Environment. The 3-year project is part of Realdania’s Smart Buildings & Cities cluster within BLOXHUB’s Science Forum. It builds upon her PhD work on experimental standards for sustainable building to look at the business model innovation process in organizations’ adaptation to the smart building business. Follow her on Twitter.

Photo by Kristian Egelund on Unsplash.